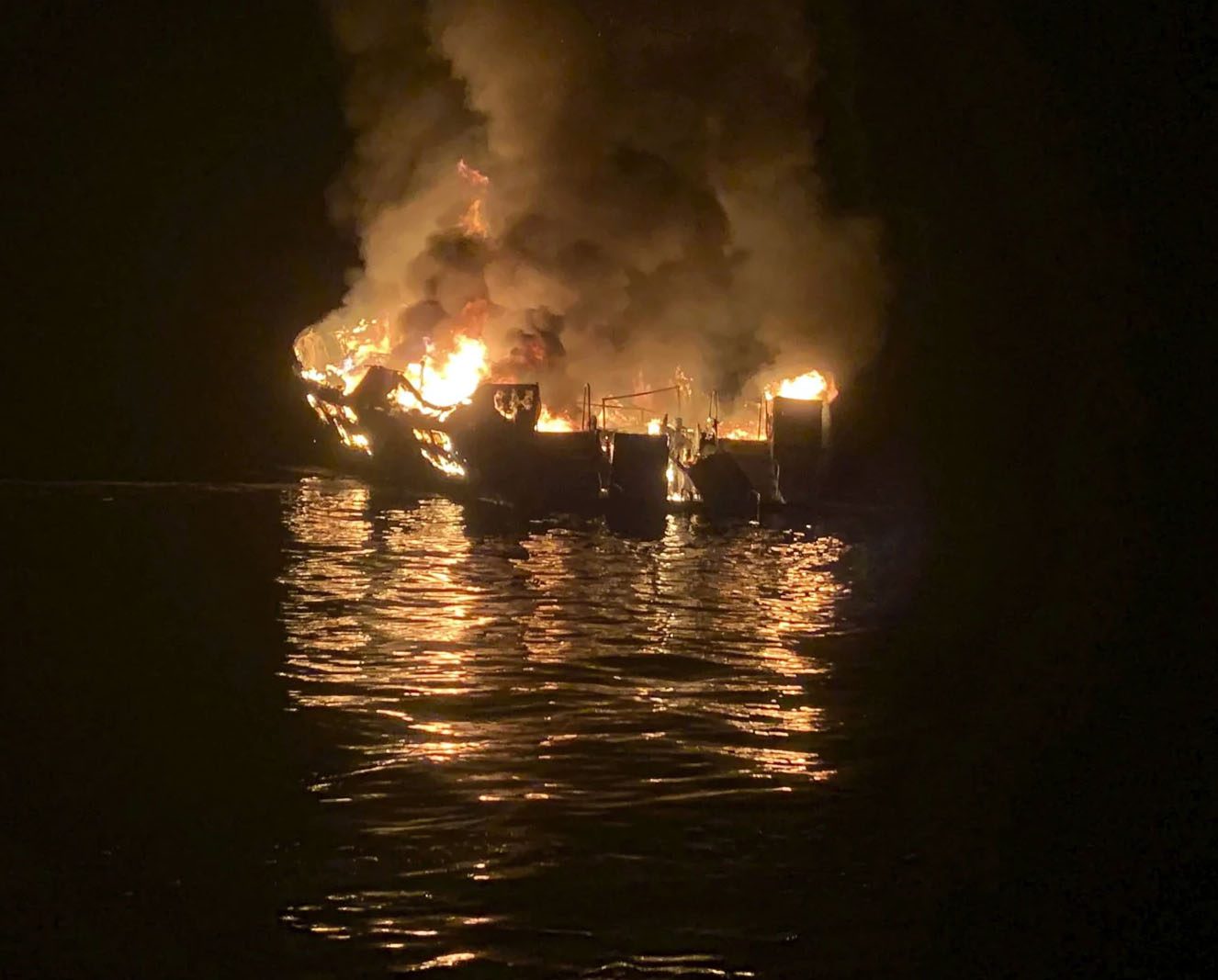 Relatives of four more victims of the fatal Conception diving liveaboard fire off California last year have filed wrongful-death lawsuits against the vessel’s owners in a federal court.

According to US press reports, the litigants allege that owners Glen and Dana Fritzler and their company Truth Aquatics were aware that the vessel was unseaworthy and lacked required smoke-detectors, fire-fighting equipment and adequate emergency exits.

They claim that the required night-watch had not been undertaken, as reported on Divernet, and their legal representative Robert Mongeluzzi has described the tightly packed space in which all 32 passengers slept below the galley in which lithium-ion batteries were charged overnight as “a death trap”. The litigants must now prove that the owners were aware of the dangers.

One of the actions is being taken on behalf of the only crew-member to die in the fire, Alexandra Kurtz. She had been sleeping below decks with the passengers when the fire broke out, at 3.15am on 2 September. The other suits are on behalf of passengers Yulia Krashennaya, Kaustubh Nirmal and his wife Sanjeeri Deopujari.

All 33 of those sleeping below died, while the captain and four other crew, who had been sleeping on the bridge when the fire broke out, escaped.

Suits had earlier been filed by the family of another passenger, Justin Dignam, and by steward Ryan Sims, who broke his leg while fleeing.

Federal prosecutors, the National Transportation Safety Board and the Coast Guard are still investigating the circumstances surrounding the fire. Coast Guard records show that Conception had passed its two most recent safety inspections, though a report in November suggested that the age of the boat exempted it from current escape-route regulations, as reported on Divernet.

Within 72 hours of the blaze, while bodies were still being recovered, the Fritzlers and Truth Aquatics had filed a pre-emptive suit under an archaic US statute to claim exemption from liability.  They have stated that they “used reasonable care to make the Conception seaworthy” and that the boat was “at all relevant times, tight, staunch, and strong, fully and properly manned”.

At a news conference this week, Mongeluzzi said that the families had asked him “to find out what happened and to make sure it never happens again”.