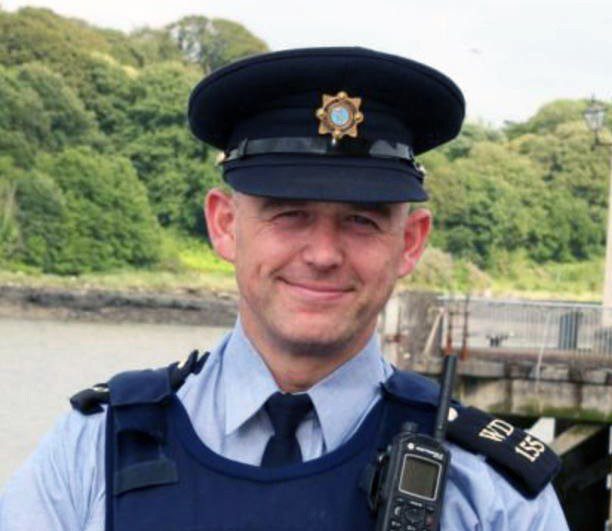 An off-duty police officer who died while scuba diving in the south-east of Ireland last year drowned after sudden convulsions caused his closed-circuit rebreather mouthpiece to fall out, a coroner’s inquest has heard.

Garda Dave Hearne, 47, had convulsed as a result of inhaling excessive oxygen. Feted as a hero for his numerous feats saving the lives of others, his death was reported on Divernet at the time.

Garda Hearne came from Co Wexford, where he had been wreck-diving with four other members of Hook Sub-Aqua Club, of which he was chairman. The wreck lay at a depth of 70m, nine miles off Hook Head in the Irish Sea.

Two fellow-divers had found him unresponsive on the seabed. They had brought him back up to the club boat, but all efforts to revive him had failed.

Rebreather expert Dave Gration had been asked to examine Garda Hearne’s equipment and reported that a number of alarms had been triggered as the result of an “inexplicable” spike in oxygen supply levels, according to an inquest report in the Irish Independent. The diver appeared to have had no time to respond before the convulsions occurred.

“You would not have the possibility of maintaining the loop in your mouth,” Gration told coroner Ger O’Herlihy. “The water would go into your mouth and that would lead to drowning.” The coroner confirmed an inquest jury verdict of accidental death.

Garda Hearne, who was married with four children, worked with Waterford Divisional Traffic Corps but had previously belonged to the Garda Water Unit, where his swimming and life-saving skills had enabled him to save the lives of nine people during his career. He had died unaware that exam results had already secured him his dream promotion to sergeant.

Known as the “Golden Retriever” by fellow-officers for his numerous rescue feats, Garda Hearne had received a National Bravery Award in 2016 for saving two lives 10 days apart, and a medal for marine gallantry for a double river rescue in 2007.