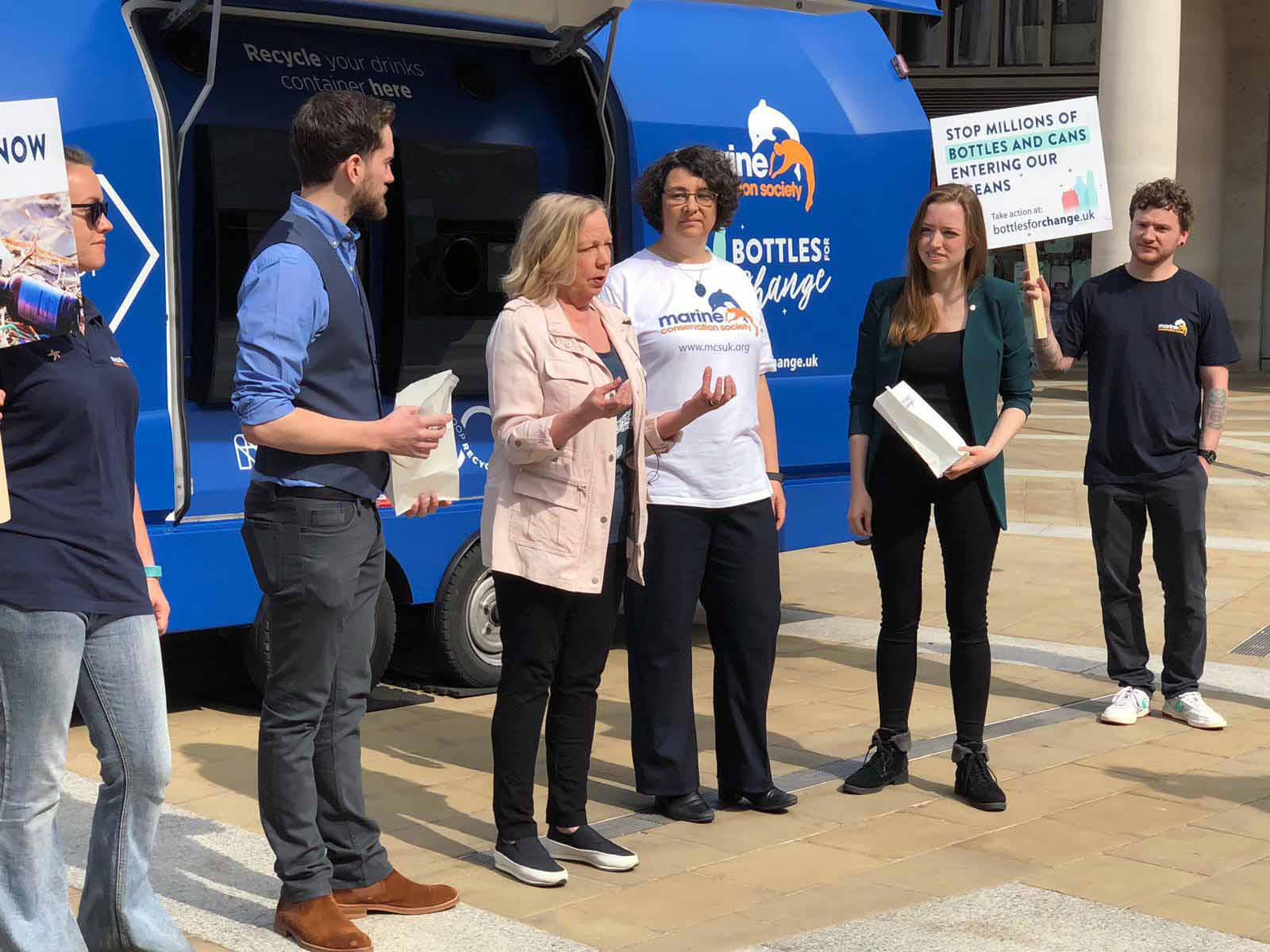 The drinks industry is trying to dilute the UK Government’s proposed deposit return scheme (DRS) for recycling plastic bottles and cans, according to the Marine Conservation Society.

MCS CEO Sandy Luk has sent a strongly worded letter to the UK’s 10 leading supermarkets, urging them to respond positively to the current Government consultation on the issue.

She says that to combat pollution levels effectively, supermarkets need to get behind a scheme that includes all container sizes and materials, run on a non-profit basis and consistent across the UK.

Drinks industry lobbyists are pressing Environment Secretary Michael Gove to introduce instead an “on the go” scheme that would cover only the smallest bottles and containers.

When this was tried in other countries, retailers and manufacturers simply switched sizes or materials to circumvent the rules, says the MCS.

Luk has also written to Gove, urging him not to bow to industry pressure and to be “extraordinarily bold”.

“It is highly regrettable that some elements in UK industry, with vested interests, seem intent on making up as many excuses as possible to resist a scheme which will remove and recycle the largest numbers of containers,” says Luk in her letter. “Lobbying behind the scenes must not be allowed to derail the most ambitious and comprehensive scheme from being introduced.”

She said that delay would place “a stranglehold on the environment, and effectively sentence much of our marine wildlife to an early death. Retailers must not shirk their responsibilities to their customers by propagating the plastic tide for their own benefit. Shoppers will never forgive business for doing so.”

“Over 20 billion bottles and cans end up buried, burned or in the environment each year in the UK,” says MCS Ocean Ambassador and TV Dragon’s Den investor Deborah Meaden, who joined the MCS to help demonstrate DRS recycling machines in the City of London yesterday (18 April).

“This has to end. I’m supporting the #BottlesForChange campaign and urge businesses and industry to act now – support a money-back recycling scheme for drinks cans and bottles of all sizes and materials throughout the UK.”

The MCS is urging members of the public to have their own say in the government consultation before it closes on 13 May, and says that it takes no more than two minutes using a pre-filled form on its #BottlesforChange.uk website.