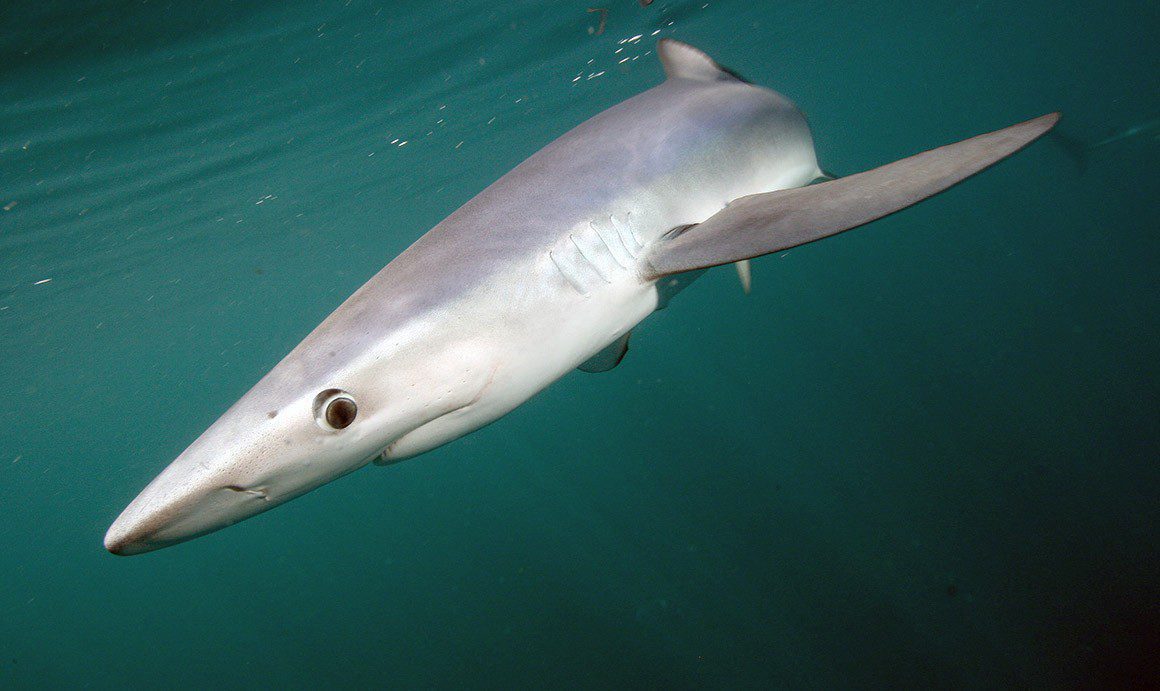 By reducing the amount of oxygen dissolved in seawater, climate-change is making blue sharks even more vulnerable to fishing than they were before.

That’s the finding of research carried out by the UK’s Marine Biological Association (MBA) with institutes in Portugal and Spain. The scientists describe their project as the first to test whether the oceans’ expanding Oxygen Minimum Zones (OMZs) are pushing sharks closer to the surface and easier prey for fisheries.

Climate-driven ocean de-oxygenation is causing the permanent OMZs that typically lie between 200-800m deep to expand both horizontally and vertically. This has significant effects on big, high-oxygen-demand fish such as pelagic sharks, says the MBA, which has been carrying out a five-year project called Ocean Deoxyfish.

Last April DIVERNET reported that Prof David Sims of the MBA and University of Southampton had been awarded a 2.5 million euro EU grant to support the project.

The researchers have been studying the effects of the expanding west African OMZ on blue sharks which, as the world’s widest-ranging sharks, travel across entire ocean basins and dive as deep as 1600m. Individuals were satellite-tagged to record their maximum dive depths in the OMZ and surrounding North Atlantic areas.

“By satellite-tracking the movements and diving behaviour of blue sharks over many months we were able to see them shift into surface waters to avoid deeper, oxygen-deficient waters,” said Prof Sims, who co-led the study.

“We found the west African OMZ to be a longline fishing hotspot with higher catches of blue sharks, most likely driven by habitat compression into surface waters,” reported first author of the study Dr Marisa Vedor of the Universidade do Porto and Lisboa.

Blue sharks are highly susceptible to capture by fisheries seeking their high-value fins, says the MBA.

They make up 90% of the total reported catch of pelagic sharks in the Atlantic and, though classified by the  IUCN as Near Threatened, the species is accorded few catch restrictions anywhere in the world.

“Our results argue the need for management measures to mitigate the effects of ocean de-oxygenation on shark catch-rates, which appear substantial above low-oxygen deep waters,” said Prof Sims. “Marine protected areas around OMZs may be needed to safeguard sharks in the future as oceans continue de-oxygenating”.

The study is published in the journal eLife.