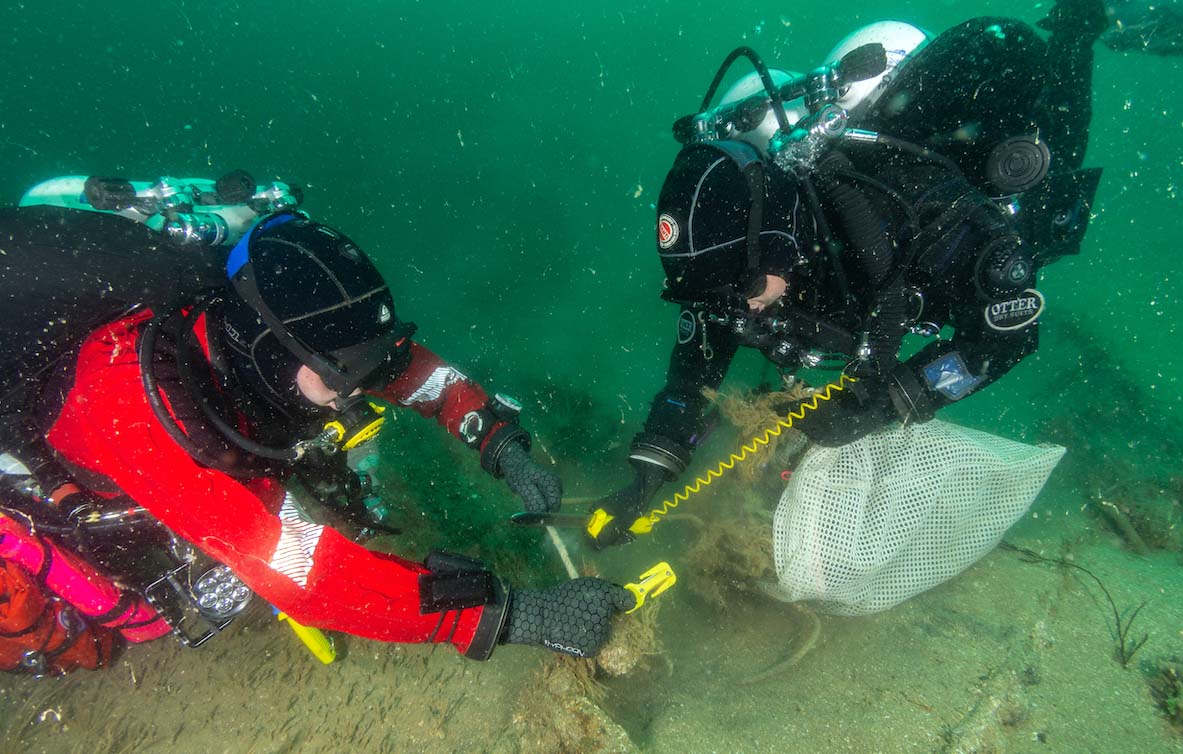 Almost 200kg of lost fishing net has been recovered from a Sussex shipwreck by volunteer divers from Ghost Fishing UK, working with Sussex Wildlife Trust.

The charity had responded to reports from scuba divers in the Brighton area about ghostnets snagged on the Pentyrch, a cargo steamship torpedoed in 1918.

Working at a depth of 18m in good visibility, its team of volunteers freed and brought the net up to the dive-boat Channel Diver. It was taken back to Brighton marina to be stored ready for recycling.

“Despite Covid-19 restrictions, the team underwent daily testing and diligent hygiene in order to carry out the mission,” said Ghost Fishing UK.

It was the team’s second Sussex mission this year, following “plentiful” reports from divers of nets on local wrecks endangering both marine life and themselves. So far this season 275kg of ghostnets have been recovered in three dives.

Sussex Wildlife Trust set up its Wild Coast Sussex project to inspire communities to protect their coast and sea. “It was great to have them on the boat so that they could see what goes on at the sharp end of our charity,” said Ghost Fishing UK trustee Christine Grosart.

“Removing this net is so important because, if left, it can trap precious marine wildlife and add to plastic in the sea,” said Wild Coast Sussex project manager for Nikki Hills.

“We are very grateful for the reports from divers about these nets,” said Grosart. “We are also very keen to work with the fishing industry to get these unfortunate losses, which are not deliberate, back out of the sea.

“We would urge fishermen to tell us if they have lost any pots or nets so that we can see if it is possible for us to remove and then recycle them, or in some cases return them, keeping them out of the ocean forever. We are soon launching a reporting system dedicated for fishermen so that they can report losses to us in confidence.”