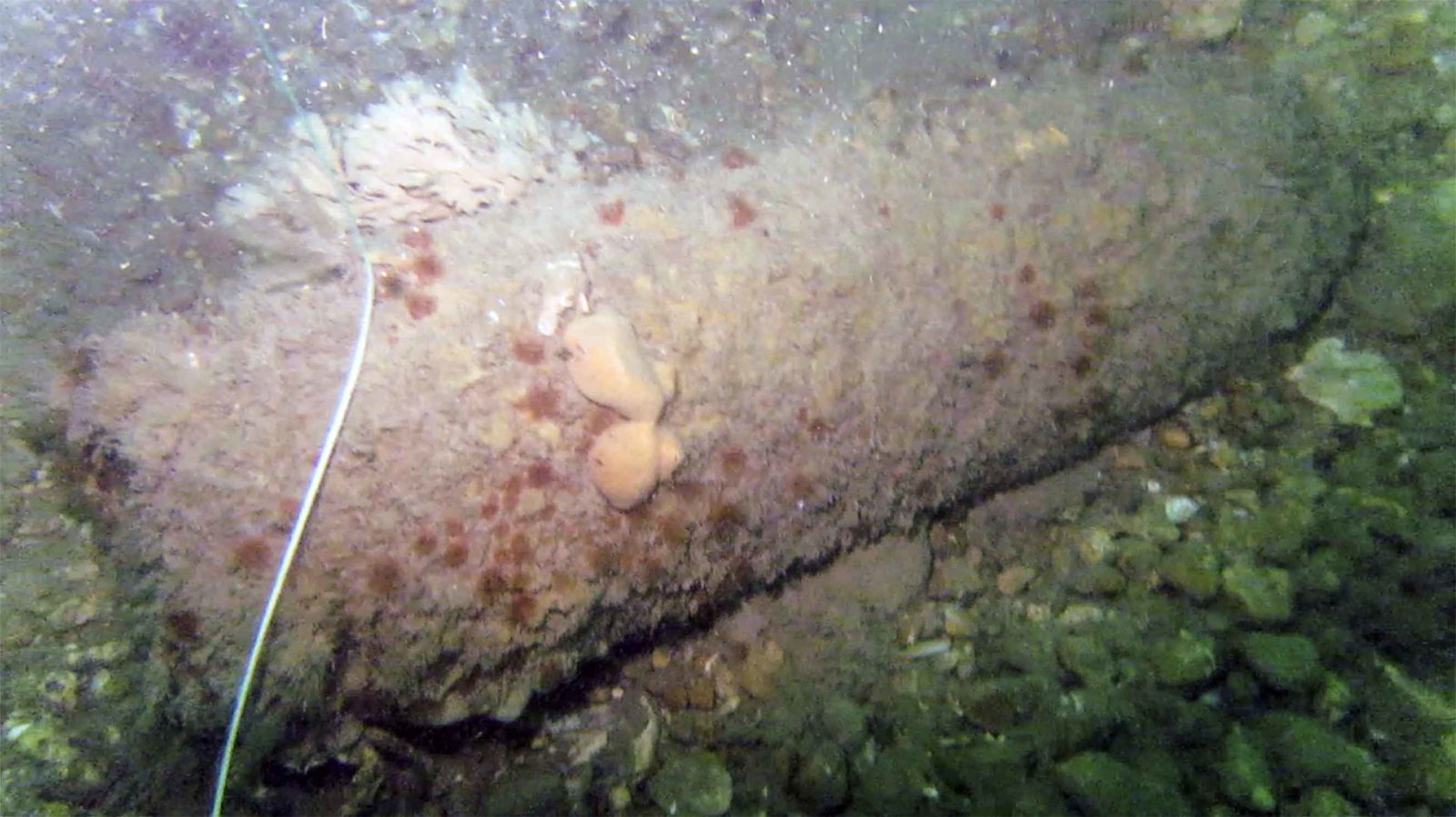 The fight by protesters to prevent dredging of potential wreck-sites on the Goodwin Sands off Kent has taken another turn.

Campaigning group Goodwin Sands SOS has accused the Ministry of Defence of acting in a “shameful” way, after failing to oppose the proposed dredging because it said there was no evidence of crashed aircraft wrecks in the area – yet recently confirming that it will have a dive-team on standby to investigate should any military aircraft crash-sites be discovered.

GWS SOS says that Ramsgate-based diver Vince Woolsgrove discovered and photographed the engine, propeller-blades and a bomb from what appeared to be a WW2 bomber on Goodwin Sands last August.

It lay on a twice-surveyed area of seabed that Wessex Archaeology had termed a “sea floor disturbance”.

It is illegal for anyone to disturb a military aircraft crash-site without an MoD licence, but the discovery was dismissed by licensing authority the Marine Management Organisation because it was only in the buffer zone of the dredge area proposed by Dover Harbour Board.

GWS SOS says it contacted the MoD six months ago to request identification of the plane wreck, and was told only recently that it held no record of it.

“They refused to object to the dredging application on account of lack of solid evidence, yet they now plan on putting a dive-team on standby to investigate any discoveries,” says GWS SOS co-ordinator Fiona Punter.

“This approach is purely reactive and a shameful way to deal with potential war graves and the remains of many brave men who lost their lives in service to their country.” She described the MoD’s attitude “as extremely frustrating”.

The Kent Battle of Britain Museum has estimated that at least 60 aircraft and 80 aircrew from Britain, Poland and Germany crashed on the Goodwin Sands during 1940 alone. Only one plane, a Dornier 17, has ever been recovered there.

Twenty-nine anomalies from either unidentified shipwrecks or military aircraft crash-sites remain in the proposed dredge zone, according to GWS SOS.

Exclusion zones with a 25m radius have been set up around them, but it says that maritime archaeologists consider these zones to be unacceptably small, considering the average 30m wingspan of a WW2 bomber and that a debris field could extend over several hundred metres.

Several US bombers are known to have crashed in the area.

Under Project Recover, the USA has pledged to repatriate any deceased serviceman, however long ago they died, and are planning a joint dive venture on Goodwin Sands this summer with 3H Consulting, GSW SOS’s technical adviser. They hope to identify the bomber found by Woolsgrove and to locate US B17 and B26 bombers.

A judicial review of the dredging operation is set for 5 June at the High Court in London, as previously reported on Divernet .

GWS SOS says this will also present “an opportunity to closely scrutinise the current marine licensing process and its effectiveness in protecting our maritime environment and underwater cultural heritage”.