New whale in Gulf of Mexico

New whale in Gulf of Mexico 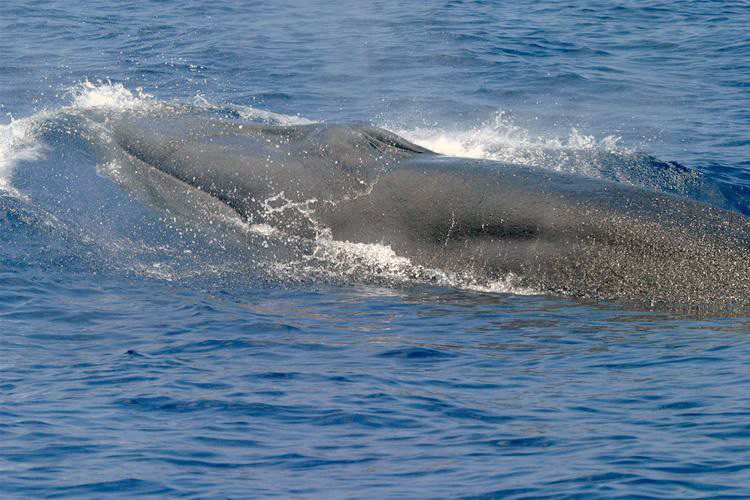 Rice’s whale in the Gulf of Mexico. (Picture: NOAA Fisheries)

An 11.5m baleen whale that stranded off Florida’s Everglades National Park two years ago has turned out to be a species previously unrecognised by science. Dubbed Rice’s whale, the new species has already been classified as Critically Endangered.

The underweight adult male washed up in Sandy Key in 2019, and a necropsy showed it to have swallowed plastics. Originally assumed to be a sub-species of what had been thought to be Bryde’s whales in the Gulf of Mexico, subsequent examination indicates that it is a separate breed.

The whale’s remains were buried, but then disinterred a few months later by a team from the Smithsonian National Museum of Natural History, which transported the skeleton to Washington DC.

From analysis of the skull they were able to identify distinctive characteristics, while separate analysis of the whale’s genetic data provided a second line of evidence.

There are reckoned to be fewer than 100 Rice’s whales on the planet, and the species has protected status. It was named Balaenoptera ricei in honour of US biologist Dale Rice, the first researcher to recognise what was then thought of as a Bryde’s whale sub-species in the Gulf of Mexico.

Rice’s whales weigh up to 27 tonnes and grow up to 13m long – Bryde’s whales are lighter at up to 25 tonnes but have a maximum length of 15m.

**** MEANWHILE, off South America’s Pacific coast, an extensive satellite-tracking survey has revealed a pattern of blue whales constantly zig-zagging to avoid up to 1000 ships that pass through their feeding grounds in Chile’s northern Patagonia region daily.

Blue whales (Balaenoptera musculus), the largest animal on Earth, surface to feed on krill, making them vulnerable to ship-strikes. “In most countries unreported cases, limited monitoring and insufficiently documented incidents have precluded any accurate assessment of the true collision prevalence,” write the researchers from Chile, Argentina and the USA, whose study has just been published in Science Reports.

Chile’s coastal waters are the main summer foraging and nursing ground for the eastern South Pacific blue whale population, which numbers only a few hundred. They also feature one of the world’s largest salmon-farming industries, the source of up to 83% of the traffic.

The team tagged and tracked 15 blue whales in the study, and are now calling for legislation to re-route the intensive shipping traffic seasonally or introduce speed limits, which could reduce the dangers of both ship-strikes and noise exposure to the whales.