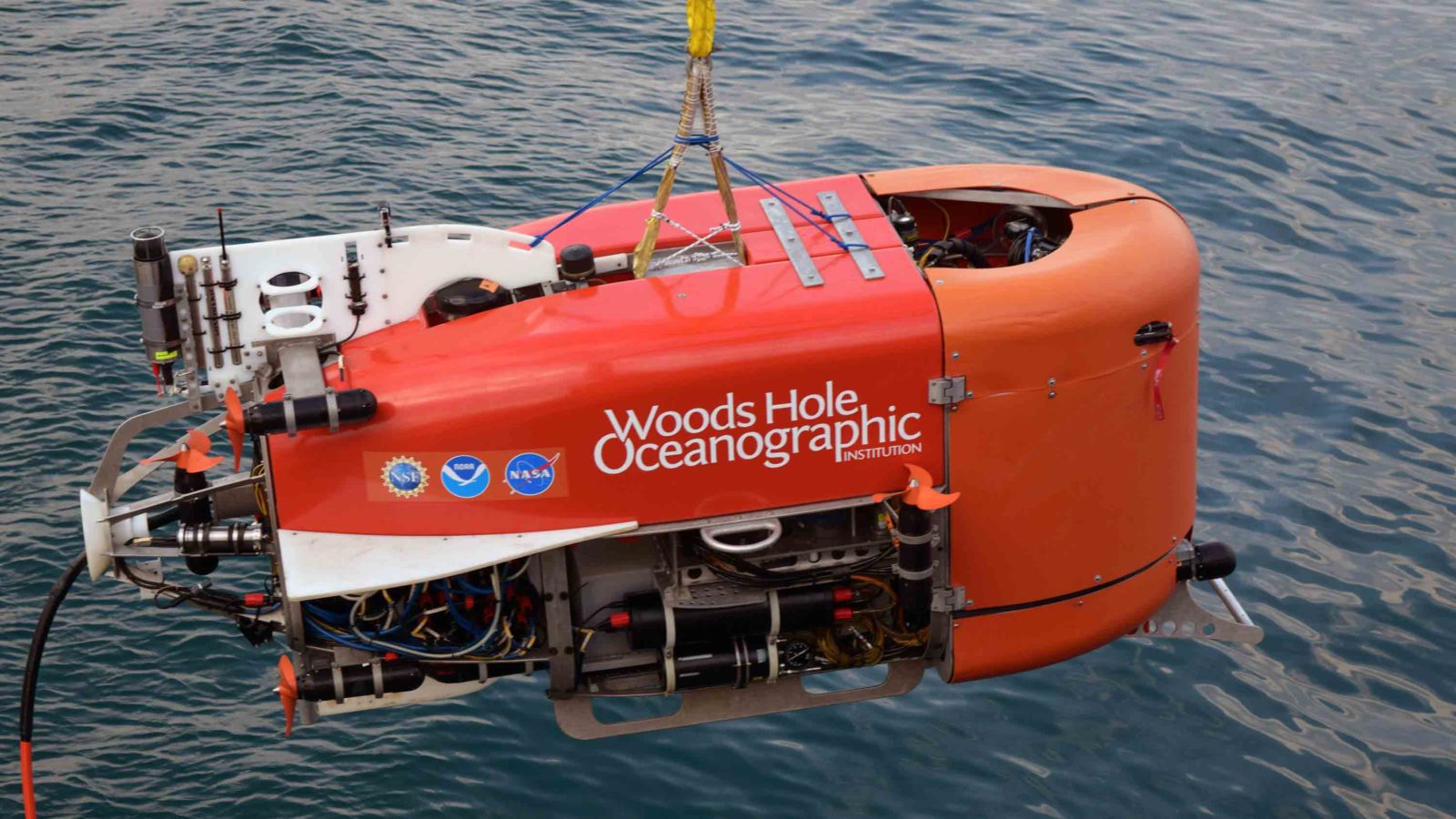 The first known instance of an underwater robot taking a sedimentary sample autonomously has occurred on Kolumbo, an active volcano 500m deep off the Greek Aegean island of Santorini.

The robotic arm that took the sample for an international team of researchers was mounted on a hybrid remotely operated vehicle called Nereid Under Ice (NUI), developed by Woods Hole Oceanographic Institution (WHOI) of Massachusetts.

“For a vehicle to take a sample without a pilot driving it was a huge step forward,” said WHOI scientist Rich Camilli. “One of our goals was to toss out the joystick, and we were able to do just that.”

The researchers were studying the “harsh, chemical-laden” environment of Kolumbo and its microbial lifeforms, while also exploring the extent to which ocean robots could explore without human intervention.

This enabled it to decide which volcanic sites to visit and to take samples autonomously, sucking them up through a “slurp-sample hose”.

According to University of Michigan scientist Gideon Billings, whose code was used to collect the first sample, such automation will enable NASA to explore ocean worlds beyond our solar system.

“If we have this grand vision of sending robots to places like Europa and Enceladus [the moons of Jupiter and Saturn, respectively], they will ultimately need to work independently like this and without the assistance of a pilot,” he said.

Future research, also involving the Australian Centre for Field Robotics, Massachusetts Institute of Technology and the Toyota Technological Institute in Chicago, will include training ocean robots to see like ROV pilots, using “gaze tracking” technology, and building a human-language interface to allow scientists to address robots directly, rather than through a pilot.

“We can eventually see having a network of cognitive ocean robots where there’s a shared intelligence spanning an entire fleet, with each vehicle working co-operatively like bees in a hive,” said Camilli. “It will go well beyond losing the joystick.”

The project was funded by NASA and the National Science Foundation National Robotics Initiative.