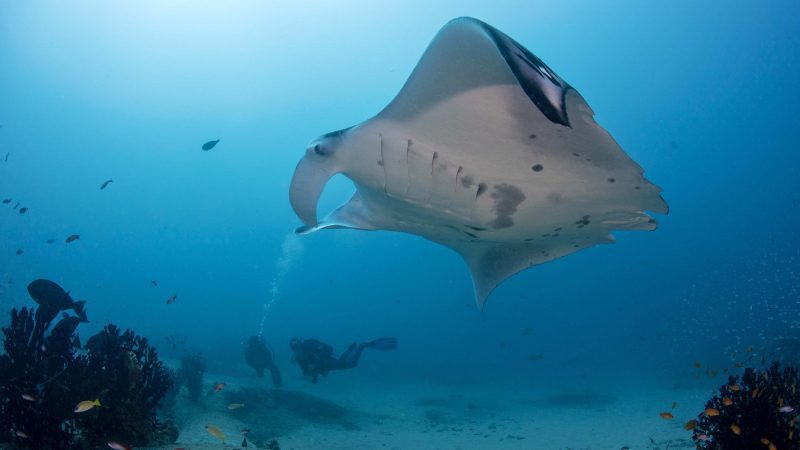 A chilling assessment of the fate of the world’s pelagic sharks and rays has just been published – and their sharp decline through overfishing has been devastating enough for one of the contributing authors to declare their situation “the end of the line”.

The Global Shark Trends Project (GSTP) study, published in Nature, confirms fears that the high levels of decline in populations – 71% over the past 50 years – are happening on a worldwide scale.

The comprehensive analysis of international research was carried out by the Union for Conservation of Nature (IUCN) Shark Specialist Group, Simon Fraser University, James Cook University and the Georgia Aquarium supported by the Shark Conservation Fund.

Fishing pressure has doubled and catches have tripled, amounting to an 18-fold increase in “relative fishing pressure” (exploitation relative to remaining numbers of fish), says the report. With 75% of the 31 species assessed now threatened with extinction and more than half critically endangered under the IUCN Red List criteria, the health of ocean ecosystems and human food security are reckoned to be in danger.

“As a conservation biologist, watching the decline in mobula rays in Mozambique has been a living nightmare,” said study author Dr Andrea Marshall, who contributed data from the Marine Megafauna Foundation’s (MMF) 20-year research programme in southern Mozambique.

The MMF data showed a decline of more than 90% in manta and devil ray sightings from 2003 to 2016. “It happened quicker than we could have ever imagined and it demonstrated to us that we need to take immediate action to curb threats to these animals, particularly within their most critical habitats,” said Dr Marshall.

“Oceanic sharks and rays often suffer most severely from anthropogenic threats. Their preferred pelagic habitat is out of sight and out of mind. Unregulated or unsustainable fishing pressure is difficult to control in international waters, so it is no surprise that their populations are crashing globally.

“To reverse these trends we will need to figure out how to create strict and enforceable regulations in all oceans. We quite literally have run out of time; we must act now if we are to save remaining populations.”

In 2020 the UN Sustainable Development Goals and specific Aichi Biodiversity Targets, designed to reverse population declines and use marine resources sustainably, failed to be met for these species, says the report.

Dr Marshall and the MMF recently welcomed new protection measures for threatened whale sharks and mobula rays in Mozambique, as reported on Divernet.