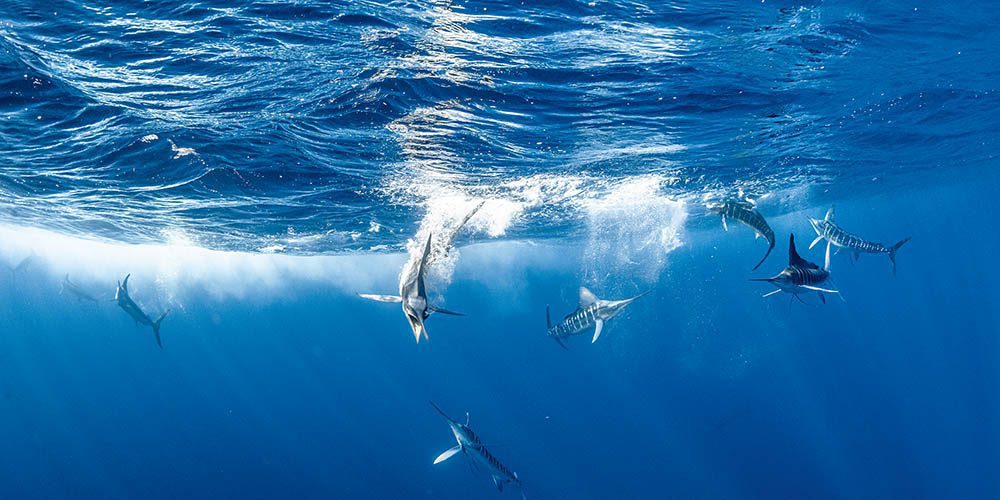 The Marlin Hunt, set for 20-30 October this year in Baja California, Mexico, is led by professional underwater photographer and regular DIVER contributor Henley Spiers, who was knocked out by the spectacular experiences there he described in the magazine a year ago.

It’s very rare for divers to encounter marlin but, for a few weeks every year, a large aggregation occurs on the Pacific side of Mexico as the pelagics hunt down baitballs.

That’s when divers can track down the offshore action, as well as looking out for juvenile whale sharks, mobula rays and California sea-lions at Henley’s favourite dive-site in the world, Los Islotes.

Each group is limited to four guests, the captain, an expert guide from Nomad Expeditions and Henley.

“Word on the marlin is starting to get out already, with more boats showing up each year, so I would highly recommend getting in now while tourist numbers are still low,” he says.

The trip costs US $4750pp, which includes all sea-based activities, 10 nights B&B (two sharing), transfers and some meals.