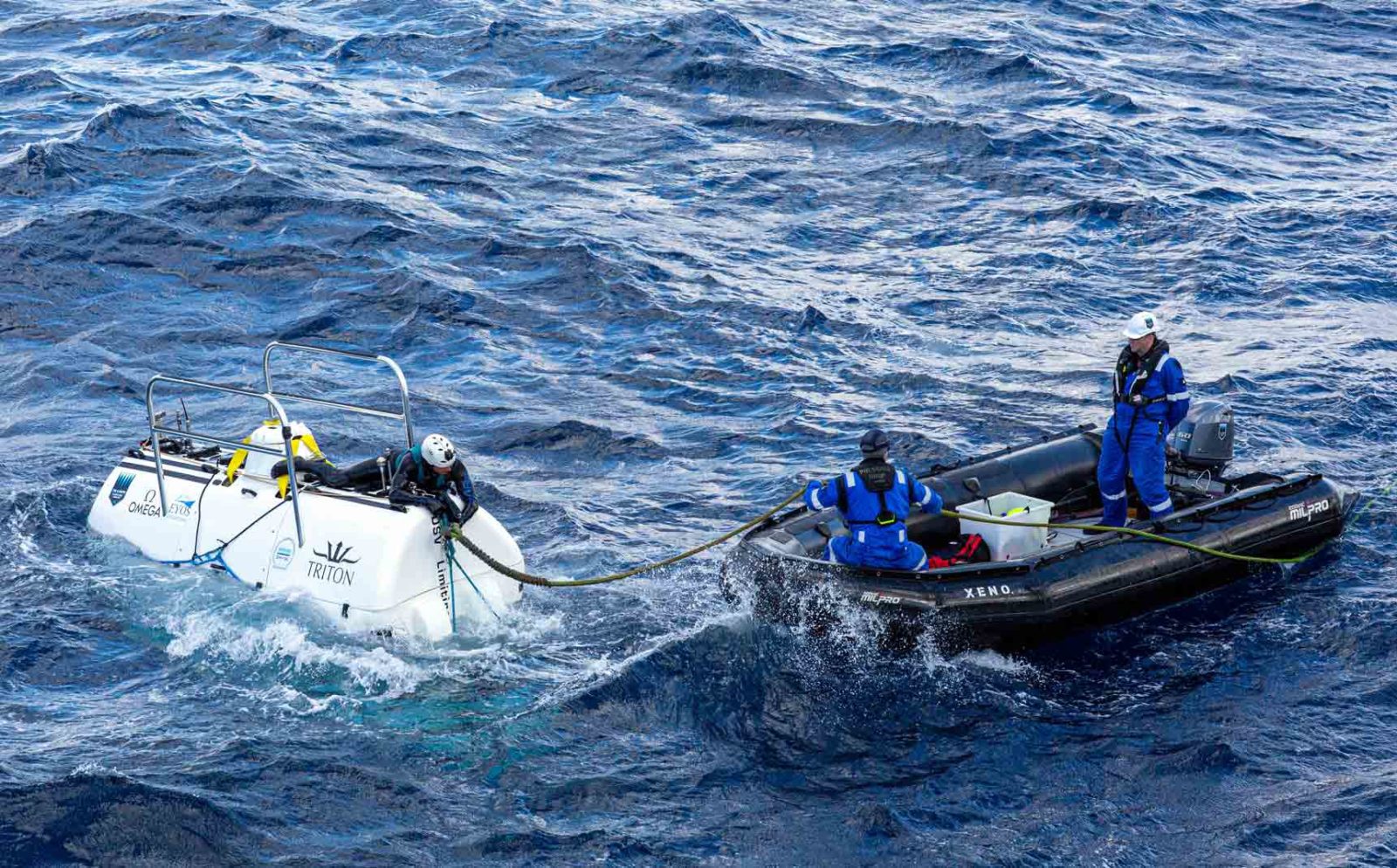 A dive to a depth of more than 5km has marked the second of five phases of Caladan Oceanic’s 2020 deep-diving expeditions. Submersible pilot Victor Vescovo was accompanied by Prince Albert II of Monaco as scientific observer as they visited the bottom of Calypso Deep, the deepest point in the Mediterranean Sea, on 10 February.

The team reached a maximum depth of 5109m on the five-hour dive. For Vescovo such descents have become a regular occurrence, but for his “dive-buddy” it was the deepest dive ever made by any head of state.

Only one other manned descent has ever taken place at Calypso Deep – in the French bathyscaphe Archimède back in 1965. It reported a maximum depth 1m deeper than Vescovo, and while the modern sensors on the Triton submarine Limiting Factor are reckoned more reliable than those of its predecessor, the recent dive served to confirm that Archimède had indeed reached the deepest point.

There was a downside, however.

“We observed the bottom of the sea floor with evidence of marine wildlife but, unfortunately, much more significant evidence of human contamination including numerous plastic bags, beverage cans, and even what appeared to be a discarded hose,” reported Vescovo.

Limiting Factor is the world’s only certified, full ocean depth submersible. Shortly before the Calypso Deep dive, the undersea explorer had taken it on two 2.3km-deep Mediterranean dives to the wreck of the French submarine La Minerve, as reported on Divernet.

Both expeditions were led by EYOS Expeditions, which manages the logistics of all Caladan Oceanic dives.

“It’s always distressing to see such evidence of man-made pollution, an indicator that the impact of humankind extends to every corner of our planet,” commented EYOS founder Rob McCallum, who hoped that the dive would bring “more awareness to the plight of the oceans and inspire people to help drive positive change”.

The team is now heading to Saudi Arabia to carry out a scientific mission in the Red Sea with the King Abdullah University of Science & Technology.