Resilient US battleship located in Pacific

Resilient US battleship located in Pacific 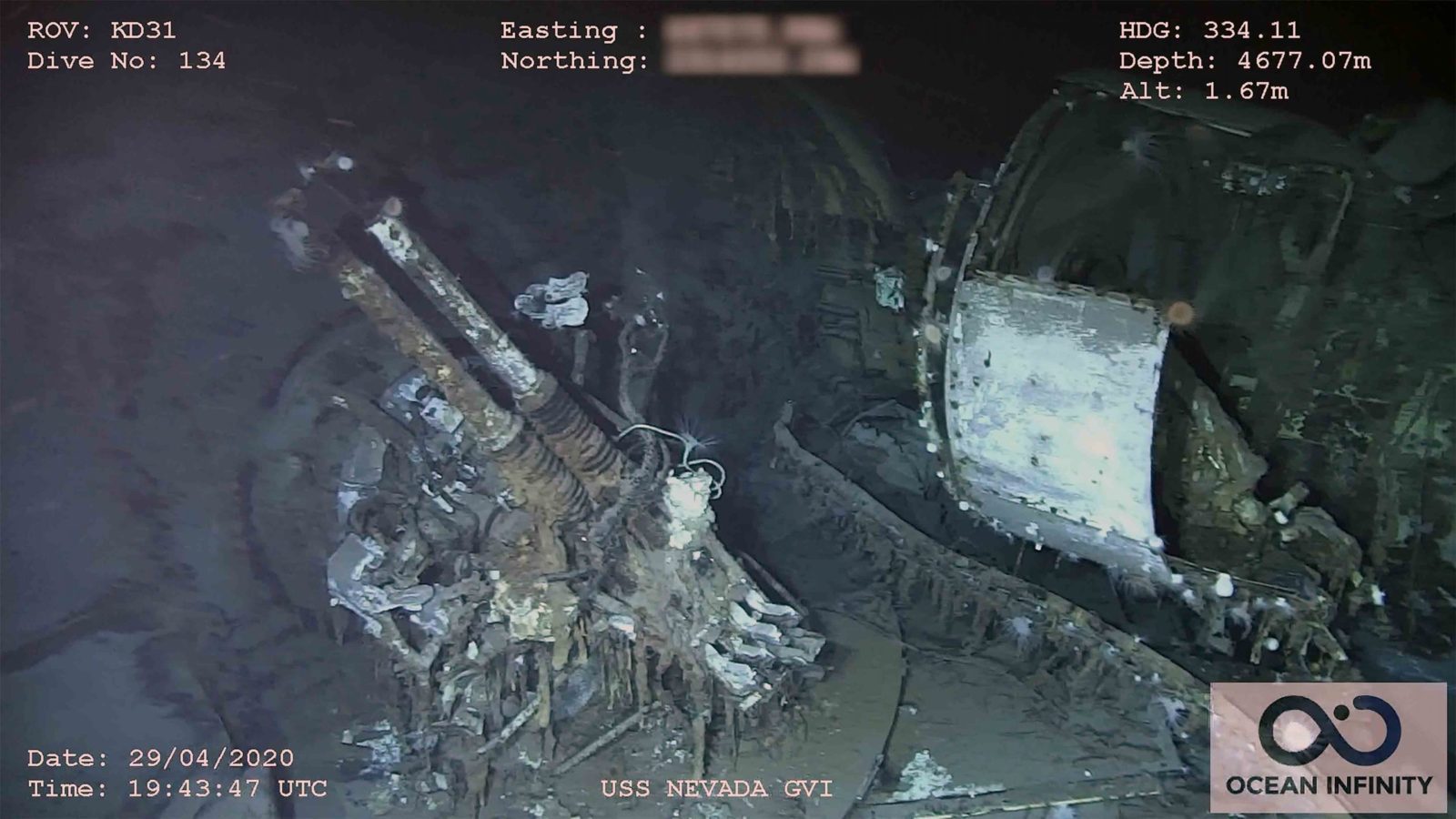 The wreck of “the warship they couldn’t sink”, USS Nevada, has been located at a depth of 4.7km, 65 nautical miles south-west of Pearl Harbor in Hawaii.

The discovery was made through a collaboration between SEARCH, said to be the USA’s biggest underwater and terrestrial archaeology business, and marine robotics company Ocean Infinity.

USS Nevada (BB-36), launched in 1914 and sunk in 1948, saw action in both world wars and was one of the US Navy’s longest-serving battleships. During WW1 she was a transatlantic convoy escort, and at the end of the war escorted the liner carrying US President Woodrow Wilson to attend the Paris peace conference.

In WW2 Nevada was the only battleship to get underway during the Japanese attack on Pearl Harbor in December 1941, but was eventually forced to beach with the loss of 60 crew and 109 wounded.

Salvaged, Nevada returned to action and took part in the D-Day landings among other European operations.

She then sailed to the Pacific, arriving off Iwo Jima in February 1945, and played a major role in the Okinawa invasion. She survived damage from both a kamikaze aircraft and later an artillery attack.

In 1946 the decommissioned Nevada was a target ship in the first Bikini atomic experiments – but survived. Two years later she was towed to Hawaii, where ships using her as a gunnery-practice target failed to sink her. It finally took an aerial torpedo to dispatch the hardy battleship.

“Nevada is an iconic ship that speaks to American resilience and stubbornness,” said the mission’s lead maritime archaeologist Dr James Delgado of SEARCH. “Rising from its watery grave after being sunk at Pearl Harbor, it survived torpedoes, bombs, shells and two atomic blasts.

“The physical reality of the ship, resting in the darkness of the great museum of the sea, reminds us not only of past events, but of those who took up the challenge of defending the United States in two global wars. This is why we do ocean exploration – to seek out those powerful connections to the past.”

Referring to Nevada’s part in the Pearl Harbor attack, Retired Rear Admiral Samuel Cox, Director of the Naval History & Heritage Command, said that the ship and crew sustained as many as 10 bomb and one torpedo hit, but remained in the fight.

“With our sailors’ quick thinking, the crew grounded the ship, preventing her from sinking. The ship was repaired and immediately returned to the fight, proving the resiliency and toughness of our sailors then, as today. She went on to participate in numerous campaigns, earning a total seven battle stars for her actions during WW2.”