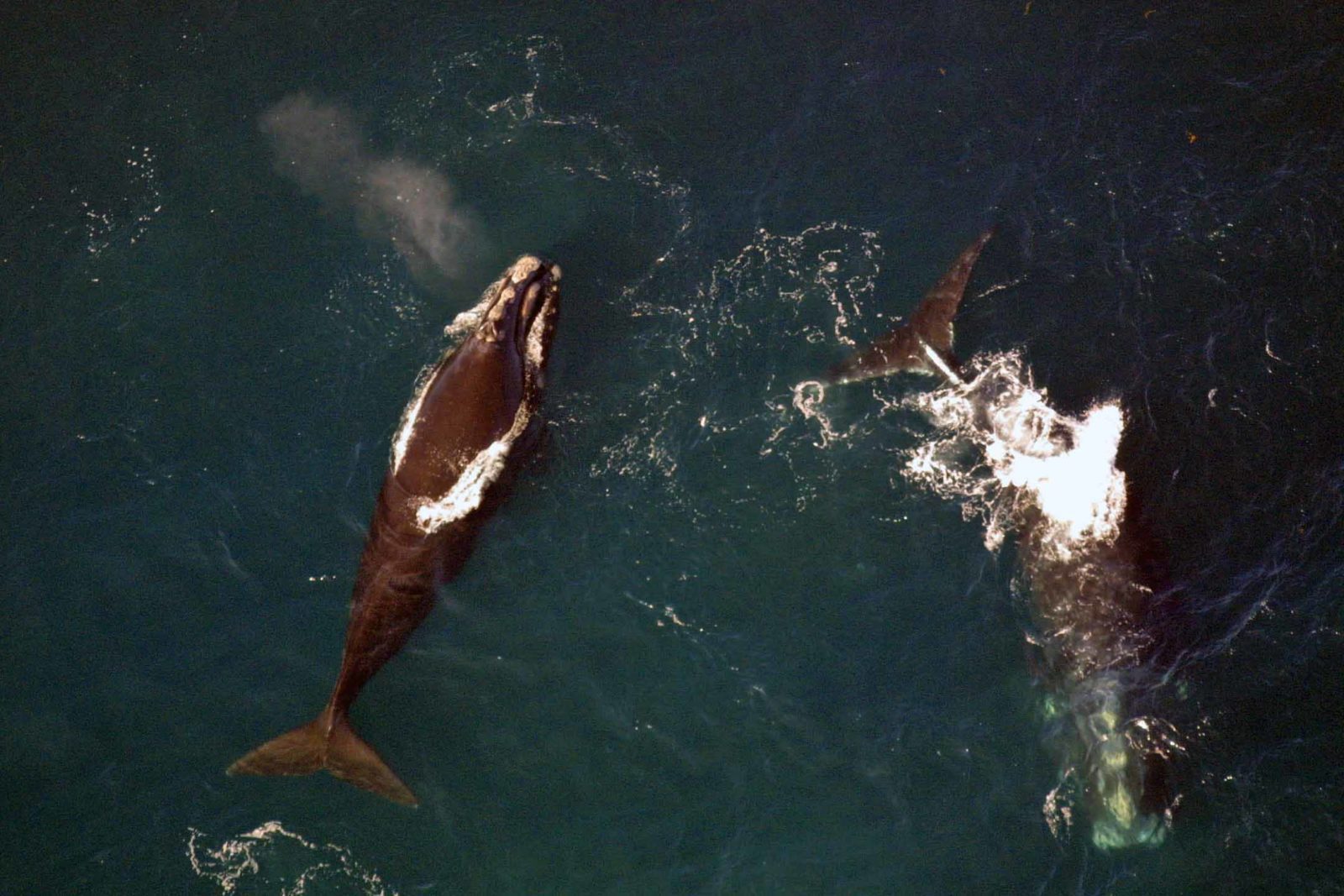 North Atlantic right whale mothers dial down their normal loud calls when communicating with their calves – to avoid attracting predators. The discovery has been made by a US research team working in the whales’ calving grounds off Florida and Georgia.

Right whales have few predators, but while still small their calves can be vulnerable to orca or shark attacks. Mothers can effectively hide their young from sight in murky waters, but that could leave predators to hunt for them by sound.

The team led by Susan Parks from Syracuse University included researchers from the National Oceanic & Atmospheric Administration (NOAA) Fisheries and Duke University. Parks has studied bioacoustics in whales for more than 20 years.

Sound-recording tags were attached to the whales using suction cups. Data was collected not only from mother-calf pairs but from older juveniles and pregnant whales for comparison.

Mothers with young calves were found to drastically reduce the habitual loud, long-distance signals used to communicate with other adults, producing instead very soft, short grunts audible only between the pair. The sensitive recording devices rendered the sounds audible for the first time.

“These sounds can be thought of almost like a human whisper,” said Parks. “They allow the mother and calf to stay in touch with each other without advertising their presence to potential predators in the area.”

North Atlantic right whales are among the most endangered whale species, with their numbers down to some 420. They have a low birth rate and, aside from orcas and shark attacks on their young, face the risk of collisions with large ships and fishing-gear entanglement.

One reproductive female that Parks had previously studied was found dead in June in the busy Gulf of St Lawrence, and the team hope that their report, published in the Royal Society journal Biology Letters, will help to improve conservation efforts.