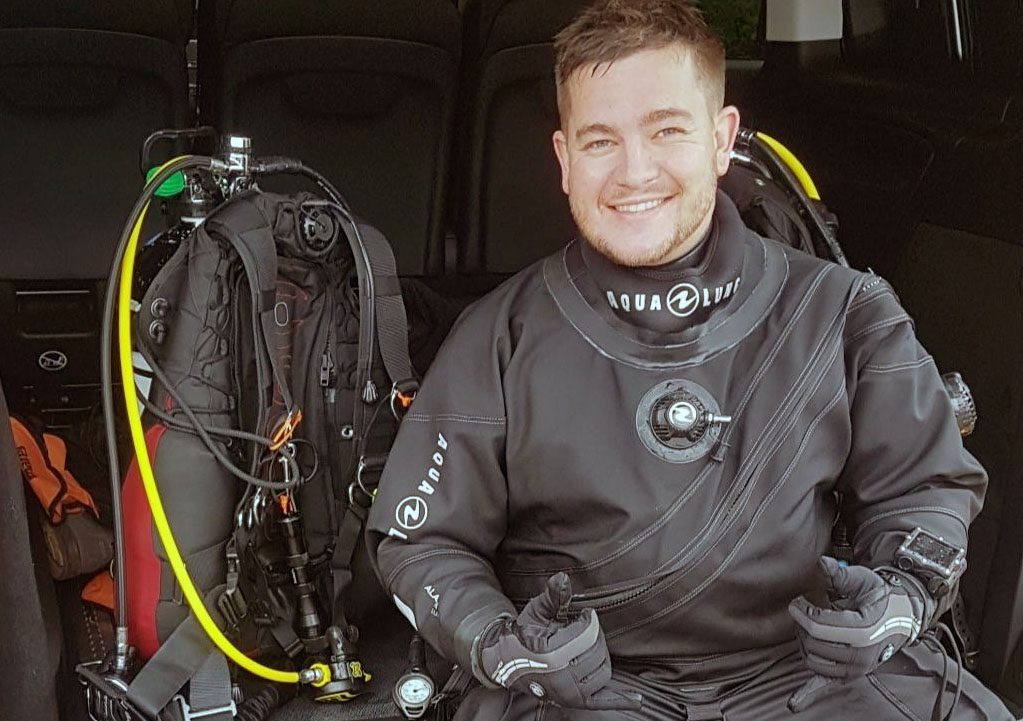 A Cotswolds scuba diving instructor is attempting to raise the funds needed to fix the hole in his heart that is threatening his livelihood.

Jack Franklin, 28, from Moreton-in-Marsh in Gloucestershire, was told in January that he had congenital heart disease. An operation to close the large hole or PFO (patent foramen ovale) is reckoned to reduce the likelihood of him suffering a stroke by 80% – but he would not qualify for such a precautionary procedure through the NHS.

The operation can be carried out privately but the fee has been estimated at £19,300.

Franklin, who describes scuba diving as “my sole passion in life”, says that the condition came to light when he suffered decompression illness following a 40m dive.

“The dive-plan was calculated with minimal obligatory decompression (8 minutes), the dive profile was conservative and it was an all-round, controlled and safe dive with a slow ascent,” says Franklin. “After the dive, I noticed an unusual and large red rash around my stomach and ribs, which later turned out to be a skin bend.”

Because of his PFO, excess nitrogen in his blood had effectively been recirculated around his system, accumulating beneath the skin. “The worst case is a bubble finding its way to the brain, which leads to an aneurysm and potentially causes death, or at least catastrophic injury,” says Franklin. “So I was incredibly lucky to only suffer a minor bend.”

Presenting few if any symptoms, most people learn that they have a PFO only after suffering from a stroke or heart attack – at which point the NHS can step in. “This defect has now put a stop to my life passion and career as a scuba diver and instructor, as well as my ability to physically work hard due to the high risk of stroke,” says Franklin.

Made redundant last year as a result of the Covid pandemic, the instructor says he could not afford to fund such an operation himself. Over the past four years he says he has “invested thousands of pounds in my development as an instructor, equipment and courses to extend my depth and range into deeper, technical and exploratory diving.”

He runs a diving group called Dive Instructor Jack, instructs with two clubs and says he had previously been approached about becoming a BSAC regional instructor.

“Being told that I can’t do this any more has caused me an incredible level of stress and anxiety and has made me generally sad and depressed at the prospect of having to give it up,” says Franklin.

“In addition to this, now knowing that at any time I could suffer a stroke from heavy lifting, or stressing my heart through movement or exercise, feels incredibly debilitating and has made me feel somewhat worthless.”

So far almost £7000 has been raised by some 130 donors on Franklin’s GoFundMe page.