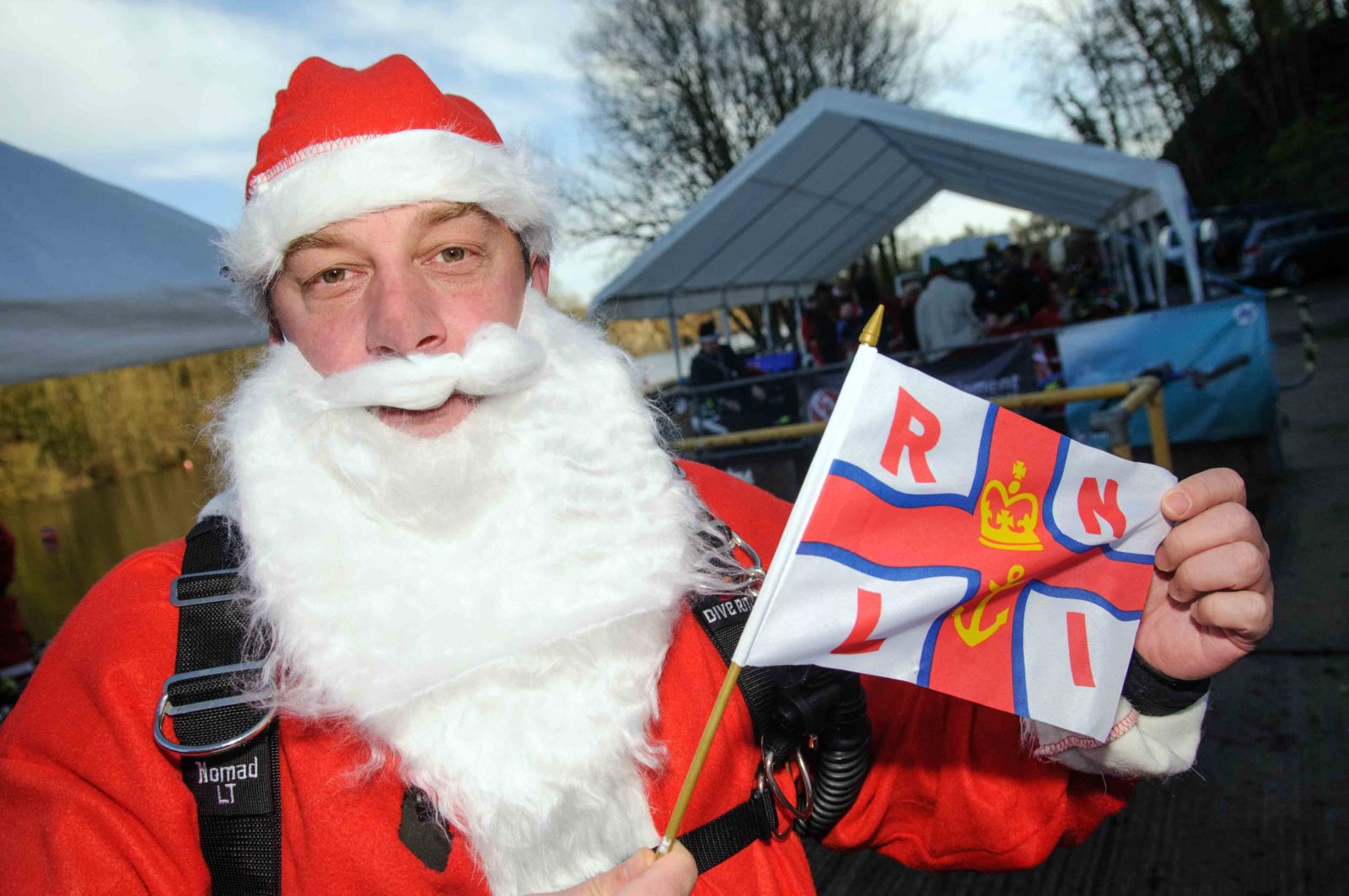 If planning ahead is the key to success, Vobster Quay near Mells in Somerset is right to be thinking about Christmas now.

The inland dive-site’s annual Santa diving event has been set for Sunday, 15 December, and as usual Vobster is getting the word out early in the hope of attracting a record turn-out of festively garbed scuba divers.

The event is run in aid of the Royal National Lifeboat Institution (RNLI) and the Dorset & Somerset Air Ambulance, and divers of all levels are invited to bring a Santa outfit and beard to join in the mass dive.

The world record of 188 divers was set at Vobster in 2015 and every year since then it has lived in hope of outdoing that tally.

Over more than 10 years they have helped to raise more than £35,000 for the RNLI, while the ambulance service benefits from an associated raffle of dive equipment donated by suppliers. £1 tickets can be bought in advance from the Vobster shop or on the day.

“Vobster Santas is a superb way for divers to say a massive thank-you to both the RNLI and the Air Ambulance Service – two organisations that are responsible for saving so many lives every year,” says Vobster Quay manager Tim Clements. “I’m confident that we can make Vobster Santas 2019 the biggest yet!”

To take part, register here and set aside 15 December in your calendar.