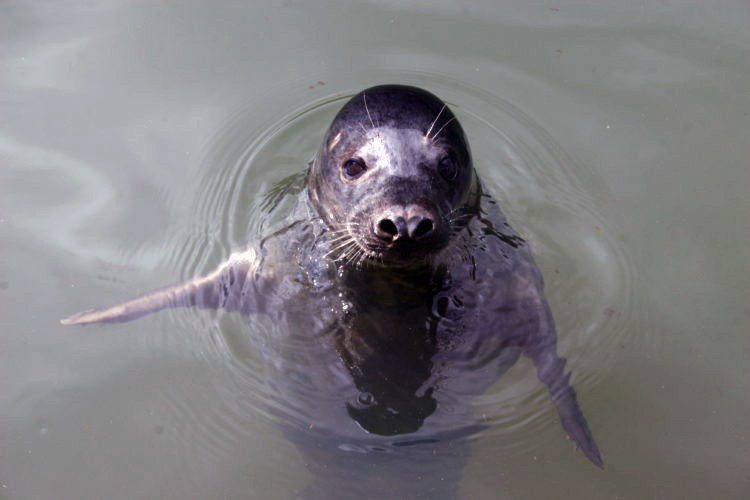 Grey seals have the ability to copy human songs and speech, using the same physical mechanisms as people to produce the sounds, according to a new scientific study in Scotland. The researchers believe that the findings could prove helpful in the study of speech disorders.

They then trained the seals to copy new sounds such as musical notes and human vowels by modifying concentrations of acoustic energy known as “formants”.

The researchers found that a seal called Zola was so good at reproducing melodies that she could copy sequences of up to 10 notes of songs such as Twinkle Twinkle Little Star. The other seals were able to copy combinations of human vowel sounds accurately.

Such ability is rare in animals. Other attempts to teach mammals such as apes to produce human speech sounds had proved largely unsuccessful, said the researchers, but the seals were described as “versatile vocal learners”.

“I was amazed how well the seals copied the model sounds we played to them,” said Dr Stansbury. “Copies were not perfect but given that these are not typical seal sounds it is pretty impressive. Our study really demonstrates how flexible seal vocalisations are. Previous studies just provided anecdotal evidence for this.”

“This study gives us a better understanding of the evolution of vocal learning, a skill that is crucial for human language development,” said Prof Janik. “Surprisingly, non-human primates have very limited abilities in this domain.

“Finding other mammals that use their vocal tract in the same way as us to modify sounds informs us on how vocal skills are influenced by genetics and learning and can ultimately help to develop new methods to study speech disorders.”

The study is published in Current Biology, and a video of the singing seals can be seen here.