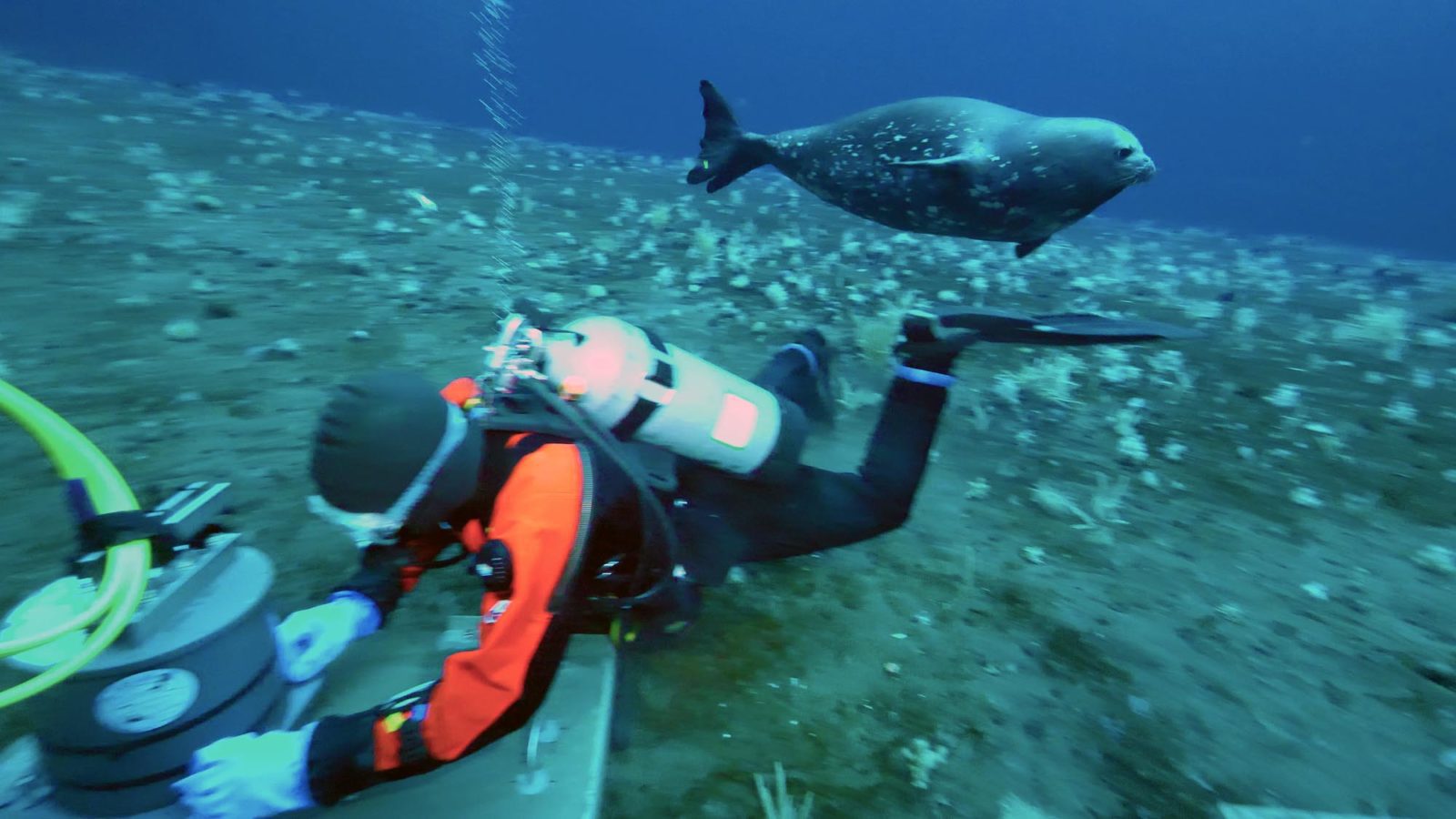 Weddell seals can produce chirps, whistles and trills at frequencies beyond human hearing range, according to new research. Weddells are highly vocal, but the ability to emit such ultrasonic calls has never before been identified in any of the 33 known species of seal, sea-lion or walrus.

Researchers at the McMurdo Oceanographic Observatory in Antarctica discovered nine ultrasonic call types employed regularly by the seals. These vocalisations were in the 20-50kHz range – humans are able to hear only those sounds below 20kHz.

Weddell seals (Leptonychotes weddelii) range further south than any other mammal. They use their large teeth to create air-holes in the sea-ice before diving as deep as 600m for up to 80 minutes at a time to hunt prey. Thirty-four calls used for social interactions had previously been identified at frequencies audible to humans.

The scientists, led by University of Oregon marine biologists, have yet to confirm why the seals have evolved to make such sounds, but speculate that they might use them as a basic form of the sort of echo-location techniques employed by toothed whales including dolphins, or bats. This could help the seals to navigate beneath the Antarctic ice, where almost-total darkness prevails in winter.

Alternatively, the ultrasonic calls could be a means of communicating with other seals when there is excessive chatter in the lower-frequency range.

Prof Paul Cziko, lead author of a study just published in the Journal of the Acoustical Society of America, commented that the seal calls “create an almost unbelievable, otherworldly soundscape under the ice – it really sounds like you’re in the middle of a space battle in ‘Star Wars’, laser beams and all!

“It was really surprising that other researchers previously had, in effect, missed a part of the conversation,” he said.

The research team now hope to find out whether the ultrasonic calls are more widely used by males, females or juveniles, and how they are used while hunting.