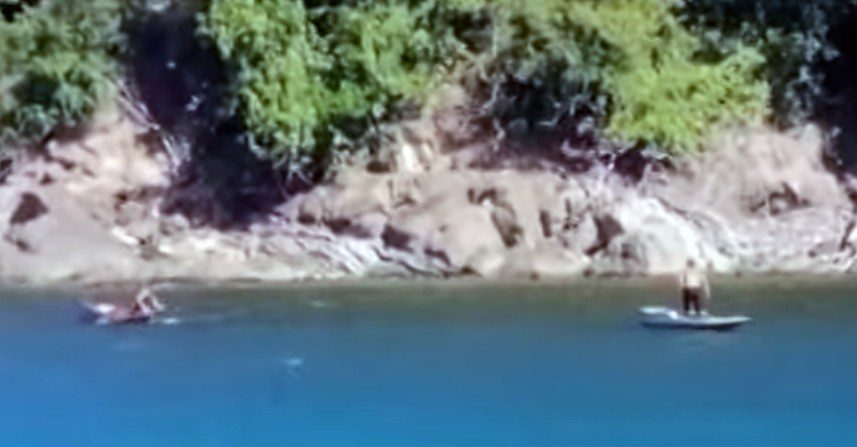 Two suspected fish-bombers are being sought by police in Malaysia, after underwater explosions rocked a group of nine tourist divers and four professionals on a marine-park dive.

The incident occurred off Pulau Gaya on the afternoon of 30 January. The island lies within the Tunku Abdul Rahman Park, a protected area in Sabah, the Malaysian state in northern Borneo.

A video taken from the dive-boat and later posted online shows two men, each on a small “pump-boat”. The divers had been ascending to their safety stop from around 7m at a site called Turtle House when they felt the effects of the shock-waves from an explosion.

“We were lucky none of our eardrums burst or that we passed out under water, because the explosion was very loud,” dive instructor Cindy Valton George told local press. His group included divers visiting from the USA, Sweden, Czech Republic, China and India.

After retrieving the divers, the dive-boat captain followed the “suspicious-looking men” for about 15 minutes while reporting the incident to the Sabah Parks authorities.

Dead fish could be seen floating as the boat closed on the men, who had moved away towards the island village. Police later impounded a boat.

According to the New Straits Times, professional divers in Sabah have counted at least 80 such explosions in the past seven months. George said that they were a regular occurrence and were always reported to the authorities, using a WhatsApp group.

He said that, while local divers had grown used to fish-bombing, such a close-up experience was shocking for visiting divers, and that a serious incident was likely to occur sooner or later. But despite paying conservation fees to Sabah Parks and requesting frequent patrols, he said, “nothing has been done”.

Last year three scuba divers – a local divemaster and two Chinese tourists – died from internal injuries blamed on blast-fishing off the Sabah island of Kalapuan, as reported on Divernet.