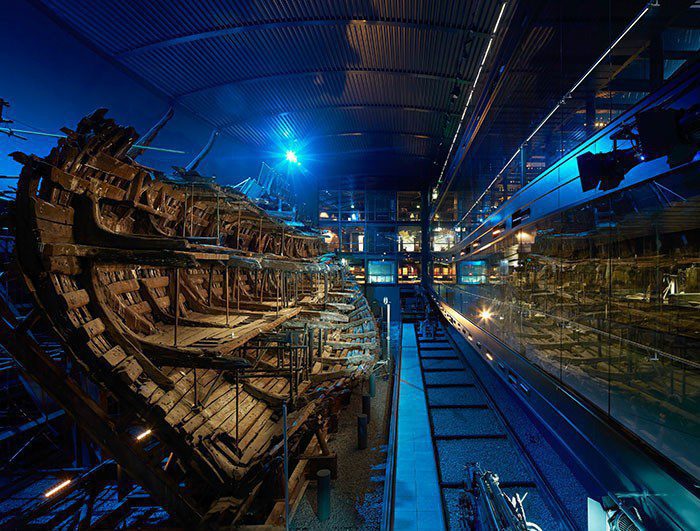 The Mary Rose Museum and the 11 visitor attractions under the umbrella of the National Museum of the Royal Navy (NMRN) have joined forces in a bid to staunch financial losses incurred during the coronavirus-enforced closure of their home at Portsmouth Historic Dockyard, which reopens to the public on 24 August.

The dockyard usually attracts 850,000 visitors a year, and the closure since March is said to have cost the two organisations more than £8 million. Now they say they have come up with a unified brand and an “Ultimate Explorer” season ticket that allows visitors to explore all the attractions as often as they like for a year. It goes on sale from today (6 August).

On-site in Portsmouth are the Mary Rose and the NMRN, which includes the Royal Naval, Fleet Air Arm and Royal Marines Museums, HMS Victory, HMS Caroline, HMS M33 and HMS Warrior. Also part of the museum group is NMRN Hartlepool, including HMS Trincomalee.

The Mary Rose, King Henry VIII’s favourite warship, sank in battle in 1545 and, following a major diver-led operation, was raised from the Solent in 1982 along with 19,000 Tudor artefacts. The Mary Rose Trust, an independent charity, receives no government or public funding.

It has been fronting a fund-raising appeal for independent museums in a bid to recover its £2.2m losses, while the NMRN is set to receive emergency government assistance to help bridge its £6m funding gap.

“For both organisations this is about more than joint ticketing; this is a shared collaborative approach which spans both businesses and enables us to work together to operate, market and improve the dockyard,” said Mary Rose Chief Executive Helen Bonser-Wilton. “Our aim is to encourage more people to visit the dockyard, to visit Portsmouth and to enjoy the incredible naval and maritime history we share”.

The dockyard has now been accredited under Visit Britain’s Good to Go Covid-19 scheme. Pre-booking is required and group visits have been suspended.

Pre-existing 12-month tickets for either the Mary Rose or Portsmouth Historic Dockyard will be extended to take account of the closure period, and holders will be able to upgrade to an Ultimate Explorer ticket at a 30% discount.

Family tickets for up to three children cost from £95 (one adult) or £120 (two adults). One- and three-attraction day tickets are also available.