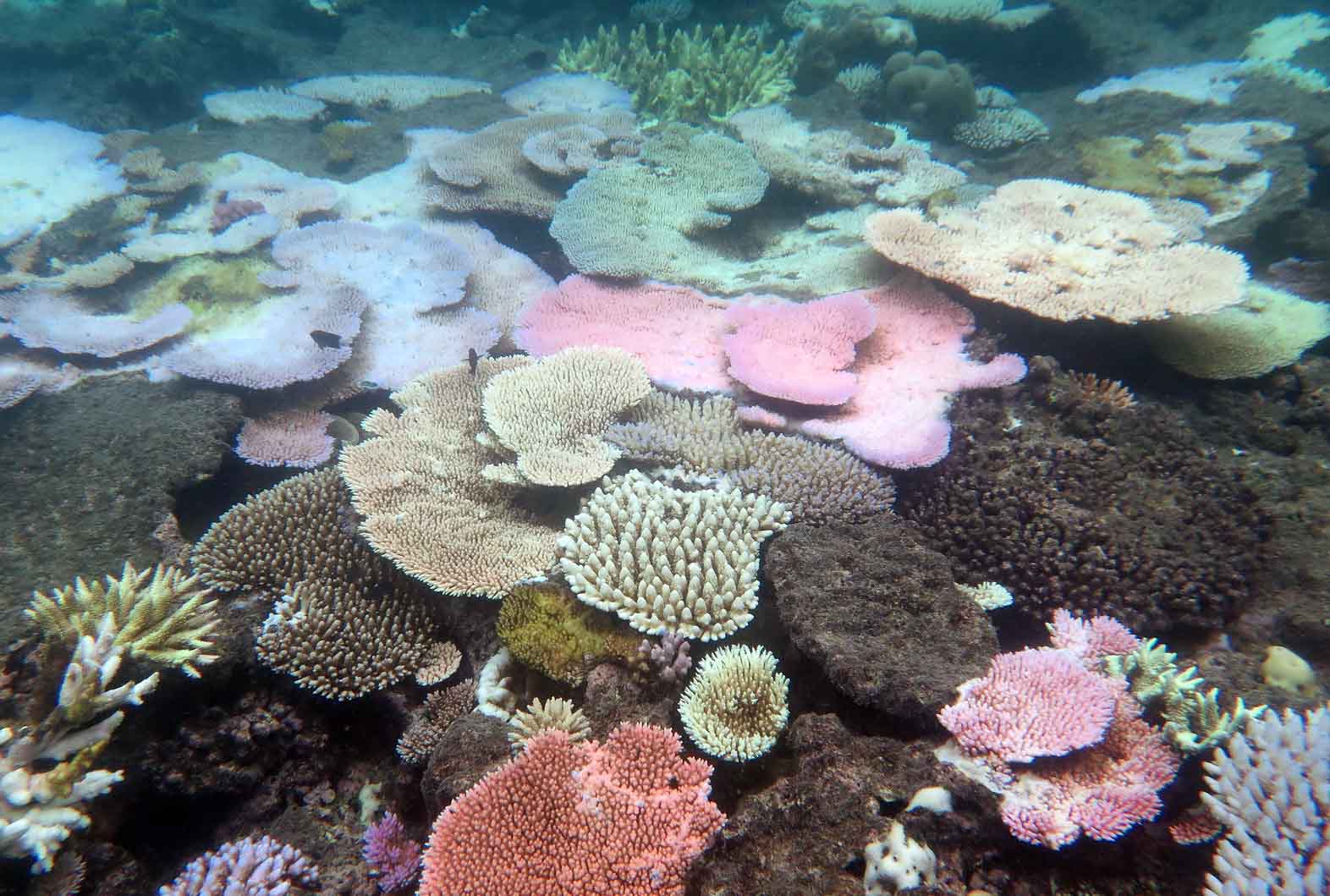 Australia’s lead management agency for the Great Barrier Reef has downgraded the long-term outlook for its eco-system from “poor” in 2014 to “very poor”.

The GBR Marine Park Authority’s new report is the third of its five-yearly Outlook Reports.

“Gradual sea-temperature increase and extremes such as marine heatwaves are the most immediate threats to the reef as a whole and pose the highest risk,” said the agency’s Chief Scientist Dr David Wachenfeld. “Global action on climate change is critical.”

The report recognises habitat loss, degradation and alteration in a number of areas, affecting populations of dependent species like some reef fish, turtles and seabirds.

It says that seagrass meadows remain in poor condition and coral reefs overall have declined to very poor condition from “multiple impacts”, including back-to-back years of coral-bleaching, cyclones and an ongoing crown-of-thorns starfish outbreak.

It acknowledges signs of recovery in some species such as humpback whales and southern green turtles, and states that about 60% of the 31 eco-system processes assessed remained in good to very good condition, but ecological processes such as coral recruitment were declining.

“While the reef is already experiencing the impacts of climate change, its future is one we can change – and are committed to changing,” said GBR Marine Park Authority CEO Josh Thomas. “Given the sheer size of the reef, its health and condition varies across its many habitats… with many areas still supporting beautiful corals and abundant marine life.”

Thomas said that the national and Queensland governments were investing more than Aus $2 billion (around £1.1 billion) over the next decade under a comprehensive plan to protect the GBR.

“A range of actions are under way to improve reef resilience – from ramping up compliance in no-take areas to tackling the outbreak of coral-eating crown-of-thorns starfish at high-value sites to improve coral cover,” he said.

“These and other management actions are having a real, measurable and positive impact on the Great Barrier Reef now.”

The Outlook Report is available here.