Why big veggies rule the reefs

Why big veggies rule the reefs 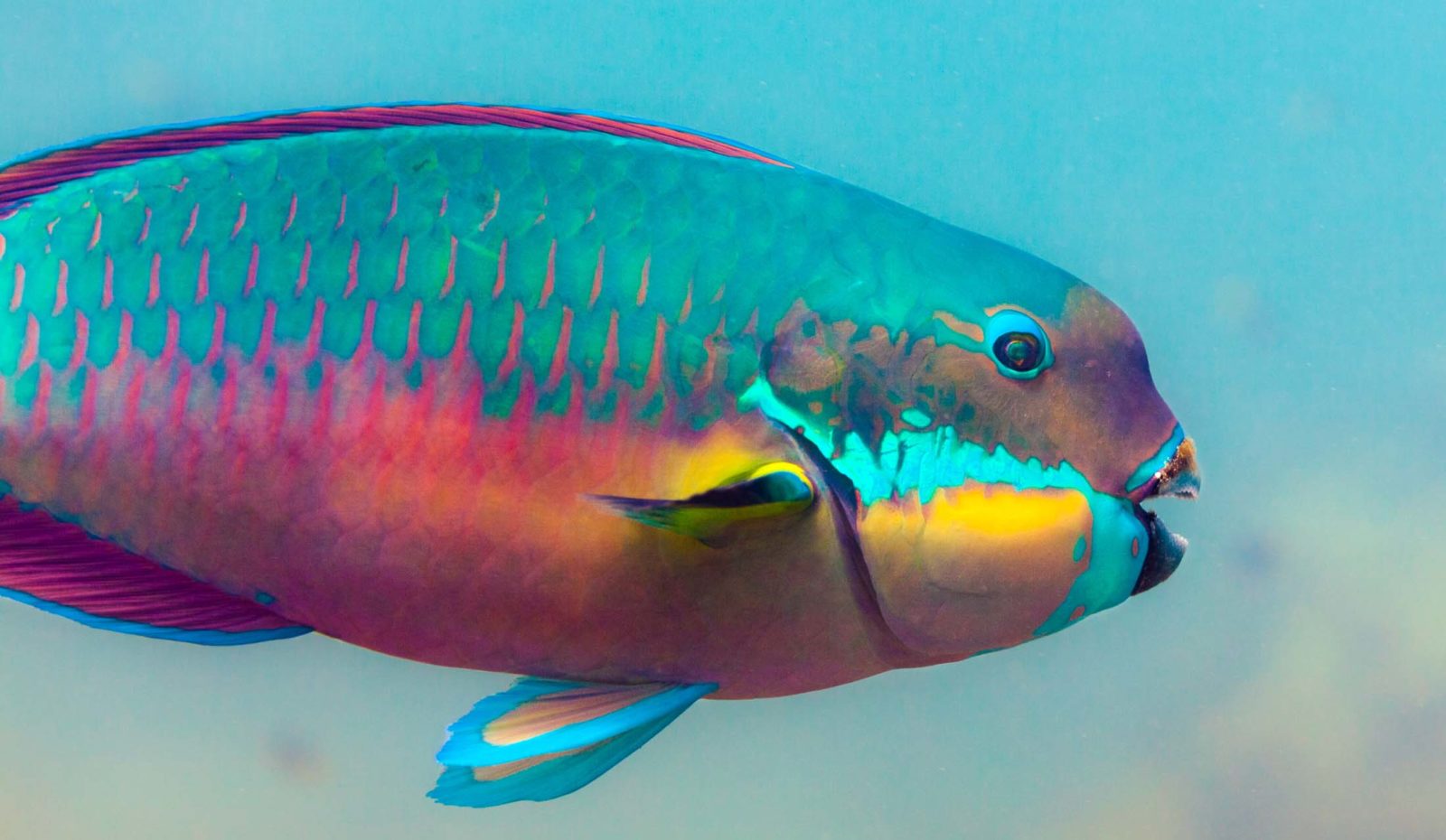 Large herbivores are the future of reef-fish, according to new scientific research in Australia. What is described as a breakthrough study has revealed that it’s the diets of different fish species that dictate how fast each one evolves.

The researchers had expected geographical location to be the key to reef-fish evolution – so were surprised to learn that it was more about what they ate and how big they grew.

“We found that the fastest way to have more species, or biodiversity, on a reef is to be big and vegetarian,” said Prof David Bellwood, one of the research team from the ARC Centre of Excellence for Coral Reef Studies at James Cook University in Townsville.

“Herbivores such as surgeonfishes and parrotfishes are key to the ecological diversity of coral reefs today.”

It was relatively recently in evolutionary terms – less than 23 million years ago – that herbivorous fish developed features that allowed them to explore different areas of reefs.

“Because of this, today’s reefs are highly dynamic and have a fast turnover,” said Prof Bellwood. “These herbivores are the key element that established modern coral reefs.”

The team constructed an evolutionary “tree of life” comprising the majority of reef-fish species around the world – more than 6000 – including data on aspects such as their diet and range. This database was used to analyse what drove variations in rates of species formation.

Alexandre Siqueira was the study’s lead author. “Up until now we knew that many factors could have influenced the pace of reef-fish evolution, but these factors were never examined all together,” he explained. Previous studies had concentrated on numbers of reefs and the species they contained, meaning that little was known about how the reefs functioned and the roles played by individual fish species in maintaining their health.

“By feeding on the algae that compete with corals, herbivorous fishes may have also helped corals to expand through time,” said Siqueira. “In turn, this expansion in the corals allowed the diversification of other reef-fish groups that depend on them.

“Understanding how reefs are constructed throughout their evolution means we can reach a better understanding of the fundamental processes that maintain them in a healthy state today.”

The study is published in Nature Communications.