He isn’t one for wild over-statements, but JOHN LIDDIARD rates this French cruiser in the Channel as one of his all-time favourites Illustration by MAX ELLIS

It takes a long stretch of the imagination to think of the French WWI armoured cruiser Kleber as a wreck in home waters. It is located in the approaches to Brest, more than 24 hours by liveaboard from our south coast.

Yet the Kleber is a wreck unique in its construction, occupying a cusp in the design of warships at the turn of the century, and is without doubt one of the best wreck dives I have done.

That, and the fact that it is on the standard itinerary of a UK-based liveaboard, gives me sufficient justification to stretch our geographical bounds to the limit and indulge myself with this month’s Wreck Tour.

With a maximum depth of 44m, it really takes a good two dives to cover the wreckage, so this month’s tour follows a figure-eight route, allowing plenty of scope to split the route into two roughly equal parts.

Crossing the keel brings you to a split running along the wreck, just to the port side of the keel (2). The unusual construction of the Kleber immediately becomes apparent with the rotting edges of thick beams of teak showing from beneath a thin metal shell.

In fact the hull of the Kleber was built entirely of teak, then skinned in metal and 102mm of steel armour, bolted on to provide the main armour belt along the sides of the hull. The result was a total displacement of 7730 tons, pretty big for what is essentially a wooden ship.

Following the split forward, and ignoring the lure of the engine room for now, the bottom of the split is piled with shells where it cuts through the magazine for one of the main gun turrets (3).

Steam for the Kleber’s engines was raised by 20 boilers distributed forward and aft. Looking in under the keel, the sides of some of these rectangular boilers can be seen.

Further forward is another pile of main gun ammunition from another broken magazine (4).

Debris from the bow slopes down to the seabed at 44m. Even on a wooden ship, I would expect the bows to be fairly tough and in better condition than most of the hull, yet the bows of the Kleber are tattered remnants splayed out across the seabed. Perhaps this is damage from the fateful mine which sank the Kleber in June 1916.

The forward extent of the wreckage is marked by a pile of anchor chain (5) and a pair of anchors still in their hawse pipes (6). Following the port side of the wreck back along the seabed, a third anchor (7) lies just out from the bow, slightly separated from its hawse pipe. This is almost touching the muzzle end of a pair of the 164mm main guns. The turret is understandably upside-down, half poking out from beneath the wreck (8).

Unlike the hull, the gun turrets were built from steel and are pretty much intact. Various pieces of turret mechanism can be seen through the circular base of the turret.

Just behind the turret, one of the ten 47mm secondary guns lies partly buried on the seabed (9), next to the remains of a winch (10). The circular armoured structure behind this (11), is not another gun turret, but the armoured conning tower from which the captain would have directed the ship during combat.

The next main gun turret lies skewed further from the centre-line of the ship, with the guns pointing out almost perpendicular across the sand (12).

The side of the hull here is split open (13), possibly from the skewing of the wreck’s structure as it collapsed, or perhaps as a consequence of salvage of the ship’s armour belt for non-radioactive steel, and machinery areas for non-ferrous metal. The Kleber was fitted with four torpedo tubes that could well have been fitted amidships, but I could find no sign of them.

Ducking beneath the split, it is possible to swim up through the inside of the ship to the remains of the engine room (14). The three steam engines are still in place under the keel, side by side and with no bulkheads between them.

It is easy to understand how readily the Kleber sank. The open interior structure leaves some interesting swimthroughs between the engines.

The hull is completely open behind the engines, the three propeller shafts neatly broken from their respective crankshafts. It is orderly damage like this that leads me to think that this part of the hull was opened up deliberately for salvage.

Following the shafts aft and looking beneath them, more of the Kleber’s boilers can be seen, partly obscured by wreckage (15). It is about here that I would expect the next main gun turret to be buried beneath the wreck, though I could find no sign of it.

Further aft, the final main gun turret lies on one side, having burst through the hull which has collapsed over it. A square box structure crossing the ship from the base of the turret is the magazine shaft (16), with another pile of 164mm shells from the corresponding magazine just behind it (17). A pile of smaller shells is from one of the two 65mm secondary guns (18).

The stern is marked by a small kedge anchor (19). There are no signs of propellers or rudders. The Kleber would have had three nice bronze propellers, a tasty morsel for salvage.

Following the keel and starboard side of the hull back amidships (20), there are some gaps between the hull and the reef, breaking into coal bunkers and boilers from the side. With typically good visibility there should be no trouble relocating the shotline to ascend and decompress.

Thanks to Mike, Penny and Giles Rowley, Diane Tanner and members of West Wickham BSAC.

YOU CAN’T KEEP A GOOD MAN DOWN

She came from the time when captains always went down with their ships. A time when French cruisers had four funnels streaming smoke over hulls protected with at least 4in of armour plate. Those were the days when it needed 24 boilers and at least three screws to get a battle-cruiser such as the Kleber with her 22 big guns and 520 crew into battle at a top speed of 21 knots, writes Kendall McDonald.

The 7578 ton Kleber joined the French fleet in 1902 and was later posted to the West African station, where she acted as flagship for Rear-Admiral Jaures. The 426ft-long cruiser with a beam of 58ft was stationed there until 1916.

It was then, due to losses among the British and French big ships, and the ever-increasing U-boat activity, that the Kleber was called home to Brest. She didn’t quite make it.

On 27 June, 1916, her speed, guns and armour failed to save her. She was out from the Pointe de St Mathieu, one of the great headlands protecting the entrance to Brest, when she ran into a mine in a group laid by one of the German UC-class submarines.

The Kleber sank swiftly, turning turtle as she went. But almost all of her 520 crew were saved by the torpedo boats which had been escorting her. Her captain stayed on the conning tower of her huge bridge until he was flung into the sea as she capsized. It had obviously been his intention to go down with his ship, but he was picked up when he bobbed back to the surface.

GETTING THERE: John Liddiard dived the Klebér from the mv Maureen from Dartmouth. From the end of the M5, continue south on the A38. Turn left on the A384 for Totnes, then the A3122 for Dartmouth.

Maureen picks up from the floating jetty just into the one-way system. Having unloaded, the nearest long-stay car park is the park and ride at the top of the hill, though you may be lucky and find a closer space on a side street.

LOCATION: Out of Brest, south of Channel Le Four. We’d love to tell you where it is, but the position of a wreck this special is not something you can expect a skipper just to give away!

QUALIFICATIONS: This is an advanced air dive best suited to technical nitrox or normoxic trimix.

PROS: It would be hard to find a more exciting wreck than this. Guns, ammunition, machinery, a landmark in French naval architecture, fish, visibility – what more could you want?

CONS: A long way from home. 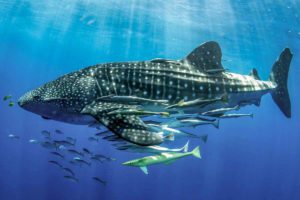 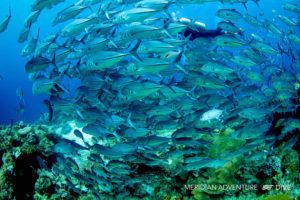