Divers love their boat-diving but, unfortunately, dive-boats can be injury-prone places. 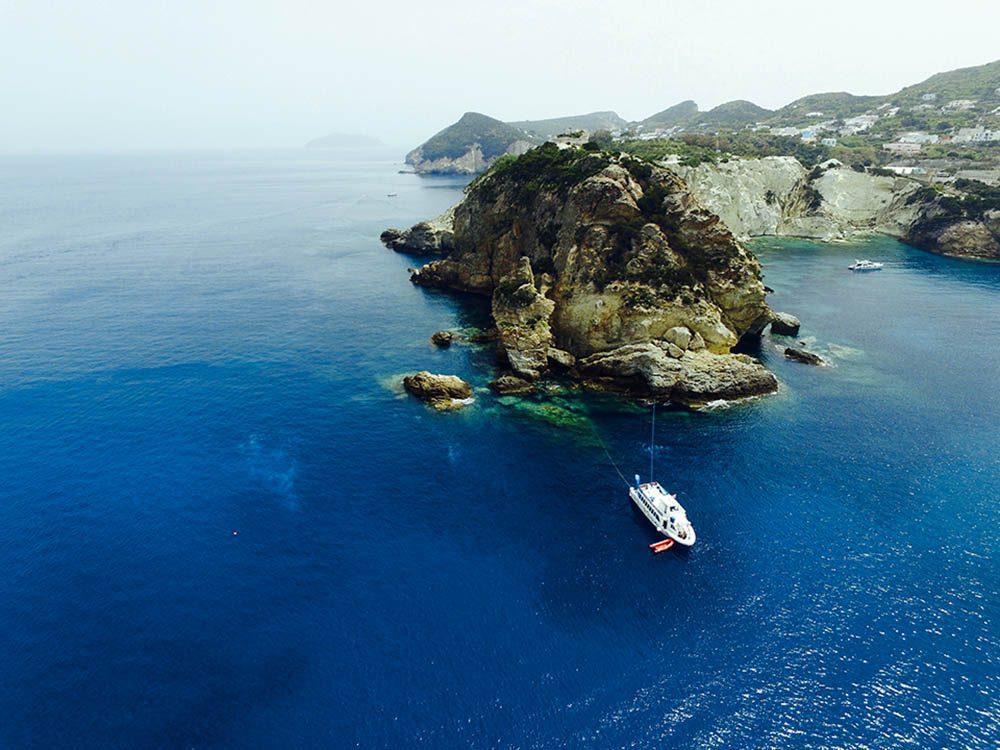 BECAUSE OF ITS WETNESS, a dive-boat is mostly a slippery place. Some may also find it difficult to balance because of wave-action. These and other conditions can lurk on deck potentially causing accidents and injuries.

Not long ago we reported on two occasions of ripped-off fingers, which struck us as pretty extraordinary cases (The High Price of Two Rings, April). Divers jumped off the boat and caught their wedding rings on protruberances.

Much more common are incidents like a finger being bruised or even crushed by the boat ladder after a dive – undoubtfully very painful.

Finger injuries are one thing, but having someone jumping on you, or being hit by a scuba tank, is something else. When head meets metal or tank hits spine, very serious injuries can occur. Some can be fixed, others can’t and the diver could end up with a permanent disability.

In one recent case a diver was hit on his head by the scuba-tank of another diver who had jumped off the boat later than the instructor had briefed the group. The victim continued to dive because he felt OK, but once back on the boat he developed a facial paralysis on one side of his face.

He was hospitalised, and months later the problem was persisting, indicating that the incident had caused neurological damage to his brain and the Nervus facialis that innervates the face muscles. This is a serious condition. It not only marks a person for life but also makes speaking, eating, and drinking very difficult, hampers the eye-closure reflex – and consigns scuba-diving to the past.

In another recent case a divemaster was hit in the neck by a tank when another diver jumped on him. Besides a two-minute period of unconsciousness and severe pain later on, he had one broken vertebra in his cervical spine that affected movement of one arm.

Two CT scans at an international hospital were needed to reveal the injury. Immediate neuro-surgery was required to fix it and prevent worse from happening.

The surgery went well. Several screws and a titanium plate in his spine, later, the divemaster is recuperating.

No-one wants this to happen on their holidays or at any other time. And no-one probably wants to be the diver doing this to others. Worst case is permanent paralysis, or even death.

So, how can we prevent accidents like this? Here are five key ways:

Be warned by sharp pain (or any pain at all), numbness, vertigo, nausea, vomiting, tingling sensation, limited mobility or headaches – these are all warning signs and should be taken seriously.  The skull and the spine are fragile, and the brain and the central nervous system are very vulnerable.

The brain, the neurological control centre of our body, can swell when hit heavily. However, a swollen brain cannot expand in the constricted space of a bony skull so, in turn, the swelling can cause compression of the brain and eventually lead to partial neurological deficits, if not complete neurological loss of control or loss of consciousness.

This sometimes develops with some delay after the actual incident. If under water, it can lead to permanent disability or be fatal.

ASK DAN’S EXPERTS I inadvertently touched a small lionfish, and my fingers are swollen and blistered. What can I do?

Common reactions include redness or blanching, swelling and blistering (lionfish). The injuries can be extraordinarily painful and occasionally (with stonefish) life-threatening.

Soaking the wound in non-scalding hot water to tolerance (43-45°C) may provide dramatic relief of pain from a lionfish sting, is less likely to be effective for a scorpionfish sting, and may have little or no effect on stonefish stings.

Do it anyway – the heat may inactivate some harmful components of the venom.

If the person stung seems intoxicated or is weak, vomiting, short of breath or unconscious, seek immediate advanced medical care. Wound care is standard, so – for the blistering wound – appropriate therapy is a topical antiseptic (such as silver sulfadiazene cream or bacitracin ointment) and daily dressing changes.

A scorpionfish sting often takes weeks or months to heal, and so requires the attention of a doctor. An antivenin is available to doctors to help manage the sting of the dreaded stonefish.