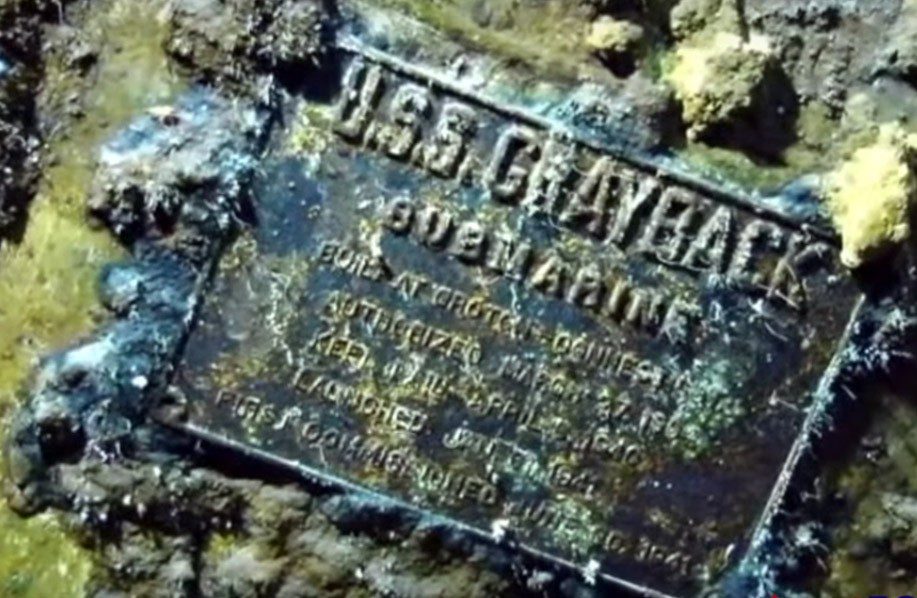 The USS Grayback, rated one of WW2’s most successful American submarines after sinking at least 12 Japanese ships, has been discovered 435m down off Okinawa. She was bombed and sank in 1944 with the loss of all 80 crew.

Underwater archaeologist Tim Taylor, who leads the Lost 52 Project to locate missing WW2 US submarines, was able to narrow the search area after a Japanese researcher discovered that one digit in official reports of the submarine’s final position had been mistranslated.

He used ROVs to search the seabed for anomalies over an area of 10sq nautical miles and to video the wreck found on the penultimate day of the expedition.

The footage revealed the Grayback’s intact hull and the deck-gun, blown off in the explosion, lying 120m away. A plaque identifying the vessel was also recorded.

The 94m Tambor-class submarine, under Lt-Cdr John A Moore, left Pearl Harbor for the East China Sea on her tenth combat patrol in late January, 1944.

She reported sinking two cargo ships from a convoy on 19 February and, with only two torpedoes left, was ordered home. On route she was damaged in an air attack but went on to sink the naval transport Ceylon Maru on 26 February.

That same day, a Nakajima B5N bomber from an aircraft-carrier reported hitting a surfaced submarine aft of the conning tower with a 500lb bomb, and that it had “exploded and sank immediately”. Grayback was listed as overdue, presumed lost, at the end of March.

Taylor says that 47 of the 52 lost American submarines are considered discoverable. The other five ran aground or were destroyed in known locations.

Also this year he and his team discovered the USS Grunion off the Aleutian Islands, as reported on Divernet in August.