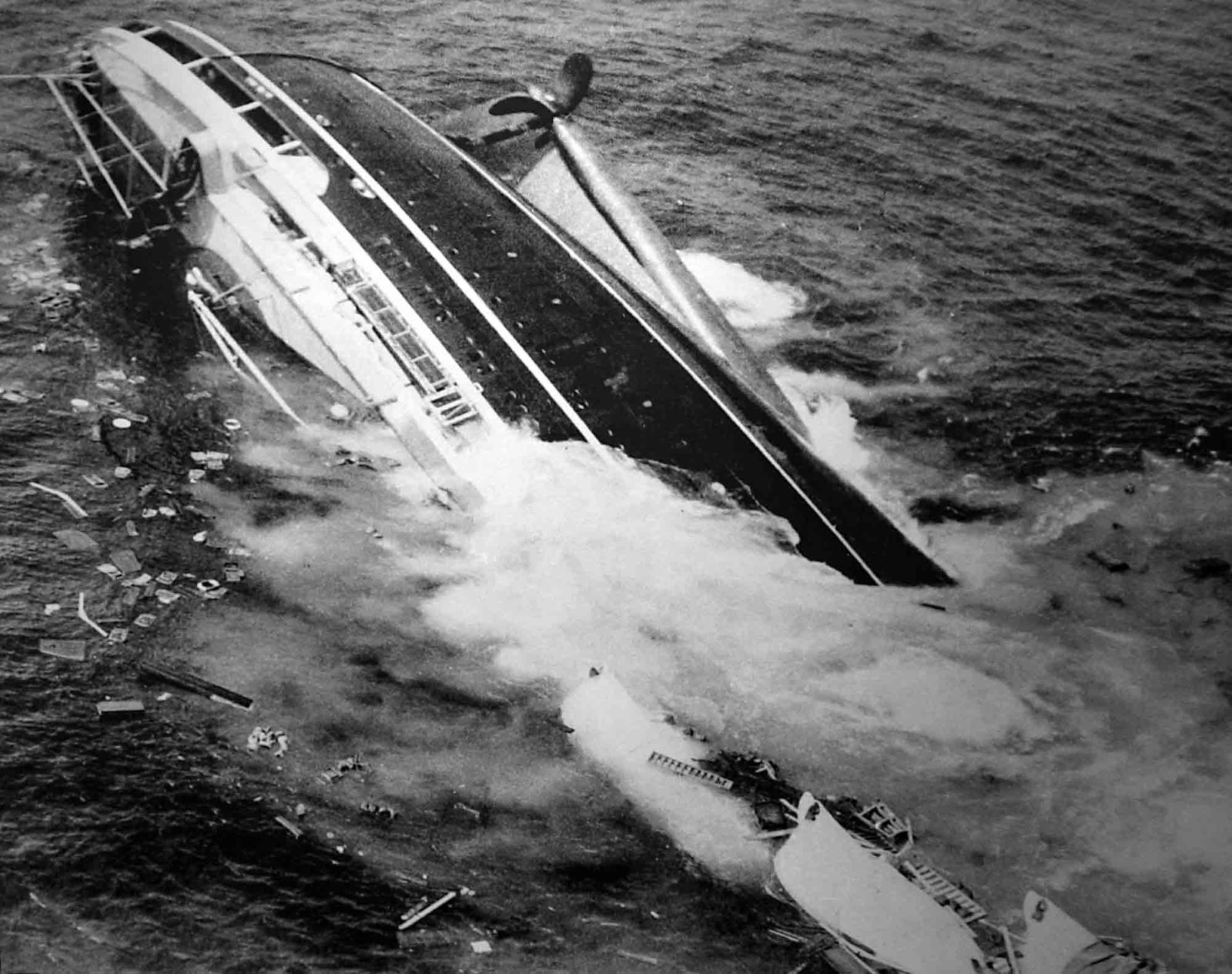 The foghorn from the famed Andrea Doria shipwreck has been raised and restored, and will be sounded this afternoon (Sunday, July 25) in a livestreamed anniversary event at the New Jersey Maritime Museum in Beach Haven.

It will be the first time the Italian liner’s horn has been heard since it blew on sinking 65 years ago. The 213m ship had collided with Swedish liner the Stockholm 100 miles off Nantucket in 1956. Forty-six of the Andrea Doria’s 1706 passengers died, along with five of the Stockholm’s crew.

Eight survivors are set to join technical divers, maritime historians and restorers for the 65th anniversary event, which will be livestreamed for the public on Facebook Live.

The restored Kockumation horn is 1.2m long and its trumpet 60cm in diameter. Attached to an iron replica of a mast section, it weighs 227kg.

It was discovered in 2016 by a dive team led by Joe Mazraani, captain of the Atlantic Wreck Salvage dive vessel Tenacious, which has carried out annual expeditions to the Andrea Doria since 2010. He spotted it beneath the mast and it was brought up the following summer.

The wreck, which is owned by John Moyer Expeditions, now lies 70-80m deep, having flattened to the seabed as it has deteriorated. Local salvage laws permitted divers to recover artefacts and the ship's bell, safe, helm and compass are among items that have been recovered, but the wreck has claimed the lives of some 18 divers over the years.

The challenging diving conditions, including strong currents and low visibility, are said to have inspired developments in technical-diving.

******  ANOTHER DEEP and deteriorating north Atlantic liner wreck, the Titanic, has been visited by OceanGate Expeditions in the first of a number of planned dives with its five-person Titan of Titanic submersible.

OceanGate says it wants to document rates of decay, examine marine life, map remaining artefacts and develop a 3D image of the entire wreck. It is funding its activities by taking tourists or “mission specialists” paying up to US  $150,000 a time on its expeditions.

The 3.8km-deep dives are carried out from support vessel Horizon Arctic. OceanGate CEO Stockton Rush piloted the submersible on the first dive while the mission specialist was former French naval commander PH Nargeolet, who had already visited the Titanic more than 30 times.