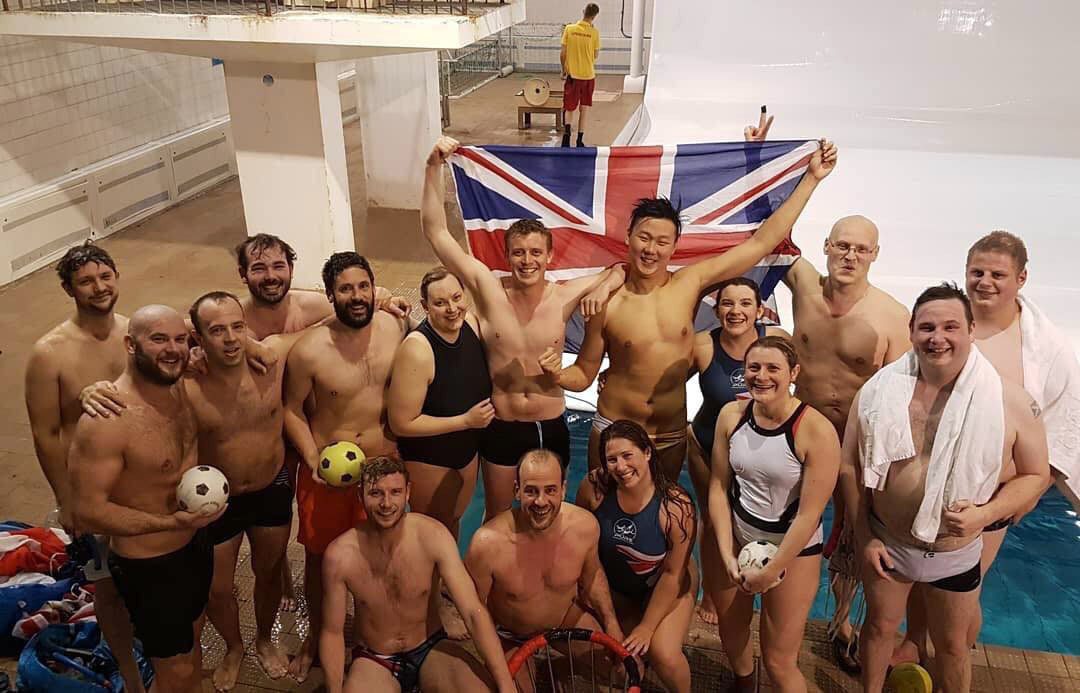 British men and women are set to compete for the first time in this summer’s Underwater Rugby World Championships in Graz in Austria.

The British Underwater Rugby Association (BURA) has announced the line-up of competitors who will represent Great Britain, selected mainly from players from the country’s only two clubs, Gloucester Barracudas and PURE, along with others who play for overseas sides.

The 12-strong teams will line up with those from 16 other countries for the pool-based competition, from 27 July to 3 August.

“This is a fantastic achievement for both teams, and it is a testament to the hard work of all those who have been involved in developing underwater rugby in the UK,” said Raines Williams, BURA President and a member of the women’s team. “We have come a long way since the first UK club formed in London in 2013.

“All the players selected have shown great dedication to the sport, taking part in competitions and training events – not just here in the UK, but also across Europe. While we will face some tough competition in Graz, our squads are putting in the hard work and are more than capable of achieving some upsets.”

Williams said she hoped that participation would help to raise the profile of the sport in the UK, and inspire others to take part.

Invented in Germany in the 1960s, underwater rugby is a breath-hold sport played in a 4m-deep “diving pit”. Equipped with masks, snorkels and fins, players score by placing a ball in a basket at the bottom of the pool. Those with the ball can be tackled or held, and hand-offs are allowed, although it is an offence to grab the mask or fins.

Each team can have six players in the water at any one time, players alternating with like-for-like substitutes out of the water at frequent intervals.

The World Championships have taken place every four years since 1980. The current champions are Norway (men), and Germany (women).