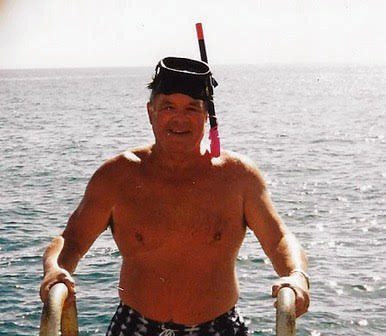 UK underwater photography pioneer Phil Smith has died after a short illness at the age of 89.

Smith was a founder-member of one of the small number of diving clubs formed in 1955 – the inaugural year of the British Sub-Aqua Club.

Bournemouth & Poole Branch (No 6) quickly became a significant presence on the national stage, not least because of Smith’s enthusiasm, say former committee-member Adrian King and Reg Vallintine of the Historical Diving Society, who provide an overview of Smith’s life below. They describe him as “an inspirational figure in the early stages of the British sport-diving scene – BSAC can be rightly proud of him as a founder-member.”

A professional photographer, Phil Smith started scuba diving when he was 24. He sat on the organising committee of the early BSAC Diving Officers’ Conferences, which were aimed at standardising working practices and promoting sports-diving safety.

Branch-members initially focused on spearfishing, and Smith wrote a series of technique articles for the club magazine. For a number of years he managed the British spearfishing team, including taking it to Brazil at a time when international recreational travel was unusual.

He and former BSAC Chairman Kendall MacDonald co-authored “Spearfishing in Britain”, published in 1962.

Fascinated by the new field of underwater photography, in 1965 Smith won all the British categories at the first International Festival of Underwater Film, and became British Underwater Photographer of the Year.

He collected many more awards for his underwater photography and film-making during the 1960s, often based on his diving in the Mediterranean and other overseas waters. A pioneer of underwater cine film, he produced “Down on the Durleys” featuring a rocky section of Poole Bay.

He was also principal photographer for the 1965 GLAUCUS underwater habitat project, in which two members of his branch lived for a week 10m down in Plymouth Sound.

Smith was elected onto the BSAC National Committee in 1966 and would become a judge for a series of underwater photography competitions. That same year he co-founded Underwater World magazine, the first British diving monthly with a full-colour cover. He also contributed regularly to Triton, which would later become DIVER magazine.

In 1969 Smith and his wife Annie were involved in a road accident, the effects of which would limit his diving activities. Despite this, and being confined to a wheelchair following a stroke in 2013, “he remained cheerful, with a fund of stories of the old days”.

Annie Smith, who had also been a major contributor to Bournemouth & Poole Branch activities, had died only months before her husband, after contracting Covid-19. Phil Smith is survived by his son Steve and daughter Melanie.