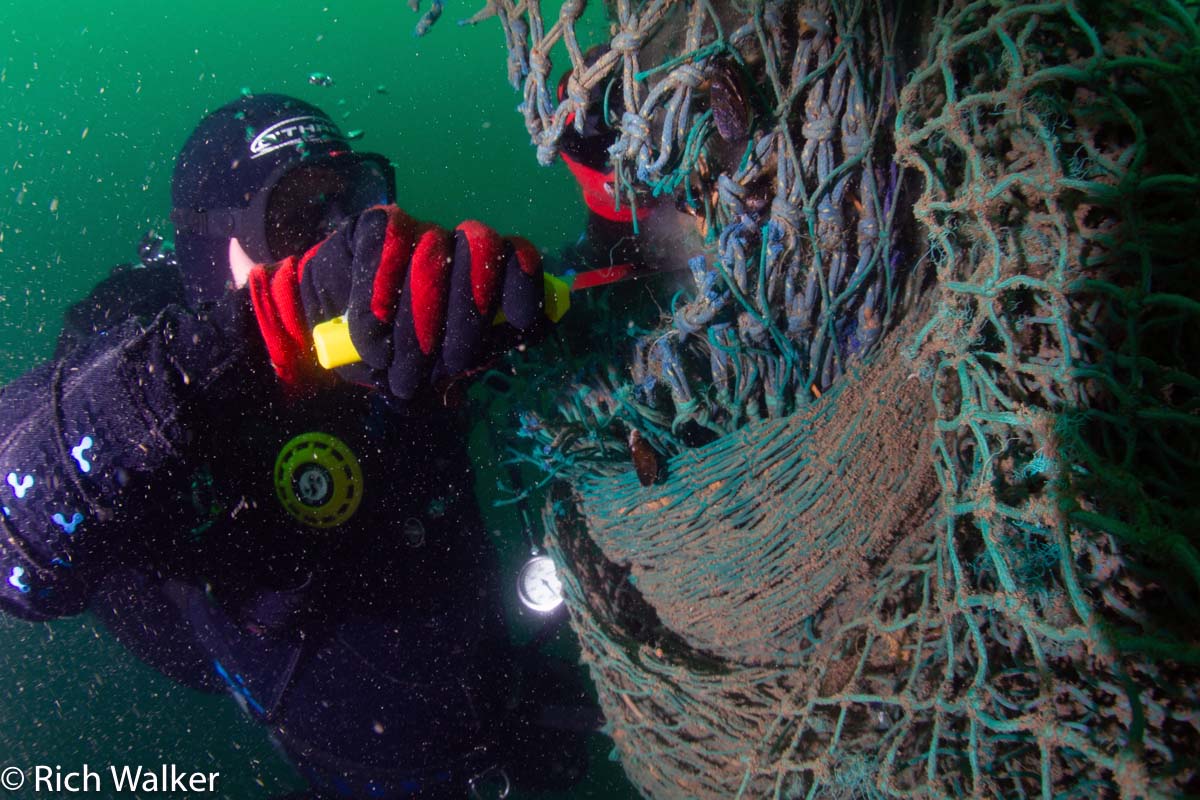 Ghost Fishing UK has received the Best Plastic Campaign prize at the second Plastic Free Awards 2021 for the work of its volunteer divers in cleaning up fishing gear lost at sea.

The awards were set up by Surfers Against Sewage and the Iceland Foods Charitable Foundation to recognise the achievements of bodies battling plastics pollution in the UK. Shortlisted nominees in 12 categories are selected by a panel of experts.

Ghost Fishing UK puts scuba divers regarded as suitable through an intensive three-day training course to prepare them for the often-arduous task of removing and recovering ghost nets and line. Materials recovered are later recycled into consumer items such as plant-pots.

A number of Ghost Fishing divers missed the virtual awards ceremony because they were aboard Channel Diver in Brighton completing a project to remove a large net from the wreck of the WW1 armed merchant wreck Cairndhu. A skipper in the area had unexpectedly offered the use of his trawler to recover the net.

Among the Cairndhu volunteers was the charity’s chair Richard Walker. “To actually win this award means more to me than you can imagine,” he said. “I want to thank each and every one of the Ghost Fishing UK team, and all of our supporters.

“They are all a key part of the job to reduce our dependence on plastics and preventing it from getting into our beautiful oceans.” Lost fishing gear can be reported at Ghost Fishing UK’s website.

In May the organisation recovered 200kg of fishing gear from the seabed off Brighton as part of the Wild Coast Sussex project, as reported on Divernet.

Sussex was also the scene for a recent coastal clean-up as a reported 40 years’ worth of rubbish was removed for disposal from inaccessible rocks below Beachy Head by members of the East Sussex Maritime Volunteer Service, using the vessel East Sussex 1.