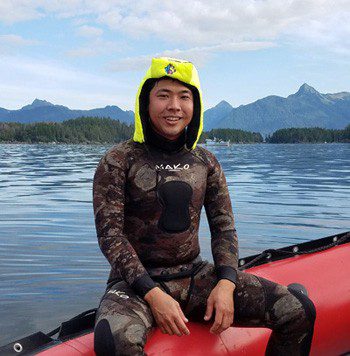 A 28-year-old American scientific diver has died in an underwater incident in Alaska.

Umihiko Hoshijima, a post-doctoral researcher in ecology, evolution and marine biology, was engaged on a research project at Torch Bay in Glacier Bay National Park & Preserve when the incident occurred on 7 August.

Diving from the US Geological Survey (USGS) research vessel Gyre, Hoshijima had been surveying sites at depths of less than 9m.

He was found unresponsive at the surface, and although colleagues applied CPR they were unable to resuscitate him, according to the National Park Service.

Working at the University of California Santa Cruz since last year, Hoshijima had been studying what makes marine organisms, in particular certain species of kelp, more resistant to ocean acidification and warming than others.

He had started scuba diving in 2011 and, although much of his work was carried out in temperate regions, was said to have been experienced at diving in a variety of conditions, including under ice. He had dived in south-east Alaska on a previous expedition.

A post mortem examination was being carried out to determine cause of death, and the USGS, National Park Service and US Coast Guard were working together to investigate events leading up to the fatality.