The family of Sharkwater film-maker Rob Stewart, who died while diving a deep wreck in the Florida Keys at the end of January, has filed wrongful-death lawsuits against two diving companies and his buddy on the fateful dive. 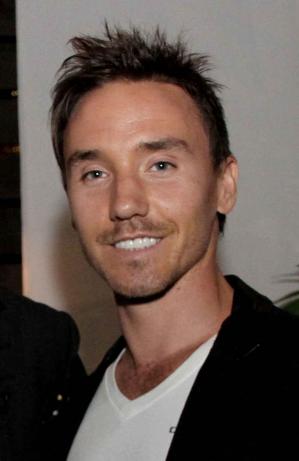 “The Stewart family hopes the legal action will push out and/or change the ways of all irresponsibly operating diving businesses and help keep attention on Stewart’s mission of ocean conservation,” the Haggard Law Firm has stated.

Among the defendants cited is Peter Sotis, the rebreather instructor buddying Stewart at the time, and the company Sotis owns, Add Helium, which taught Stewart to dive on a rebreather. The Fort Lauderdale dive-school was “in charge of the dive and sold the rebreather equipment used by the divers,” said the Florida law firm.

Action is also being taken against Horizon Dive Adventures, which provided the dive-boat Pisces and crew used on the day, and Sotis’s wife Claudia, co-owner of Add Helium.

Stewart’s death was reported on Divernet in February. Following the third dive in a day by the 37-year-old Canadian and Sotis on the 70m-deep wreck Queen of Nassau off Islamadora, reportedly undertaken to retrieve an anchor, the pair surfaced. Sotis was said to be in difficulties, and while the crew were rushing him aboard, Stewart disappeared from view. His body was found in the vicinity of the wreck three days later, following a wide search.

“When you learn more about these defendants […] you come to realise this was a preventable tragedy that was going to happen to someone,” said Michael Haggard.

His firm stated that Sotis had a past conviction (he was jailed for three years after being convicted of taking part in a jewel robbery in 1991, according to the Miami Herald), was under investigation for using unapproved Chinese air-cylinders, and had been “accused of selling military-grade scuba equipment to a Libyan militant”.

The latter claim refers to a lawsuit filed on behalf of Shawn Robotka, a former business partner of Sotis in a company called Kaizen Solutions, and also reported in the Miami Herald. The suit claims that last August Sotis sold rebreathers and underwater propulsion equipment to a Libyan client in breach of federal law, thereby making Robotka liable for prosecution. Sotis has launched a counter-claim against Robotka, stating that he emptied company bank accounts just before filing his suit last December.

The Stewart family have stated that they are still hoping to complete “Sharkwater: Extinction”, the documentary film on which Stewart was working when he died.