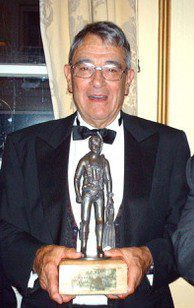 The death has been reported of a veteran British Sub-Aqua Club diver, John Stubbs, at the age of 84. A founder-member of BSAC’s Anglesey-based Gwynedd branch, Stubbs became 1st Class Diver no 93 in 1967 and, five years later, National Instructor no 43.

He co-wrote BSAC’s first technical paper The Production of Air from Oil-Lubricated Compressors, and was the club’s National Equipment Officer from 1970-74, for which role he received a special award.

Reflecting his interest in maritime archaeology, Stubbs carried out the first recorded UK survey of the wreck of the sloop Lovely and participated in many other expeditions,  including searches for the 18th-century ship USS Bonhomme Richard, and Sir Francis Drake’s coffin off Panama.

A founder-member of the Historical Diving Society in 1990, he “found to his amusement that most of his early kit had become valuable historical exhibits”, according to Gwynedd Branch President Liz Healey.

Stubbs inspired hundreds of the club’s divers and instructors over many years, says Healey, adding that they also benefited from his inventiveness: “He would arrive on the dive-boat with a concoction of ropes, webbing, quick-release clips, concrete creations, lumps of lead and say: ‘I want you to try this!’

“John and his wife Sue were great supporters of the branch throughout the years, as divers, as sponsors and as bon viveurs!” says Healey. “He contributed massively to the body of diving knowledge now taken for granted. He will be sorely missed but his legacy lives on.”