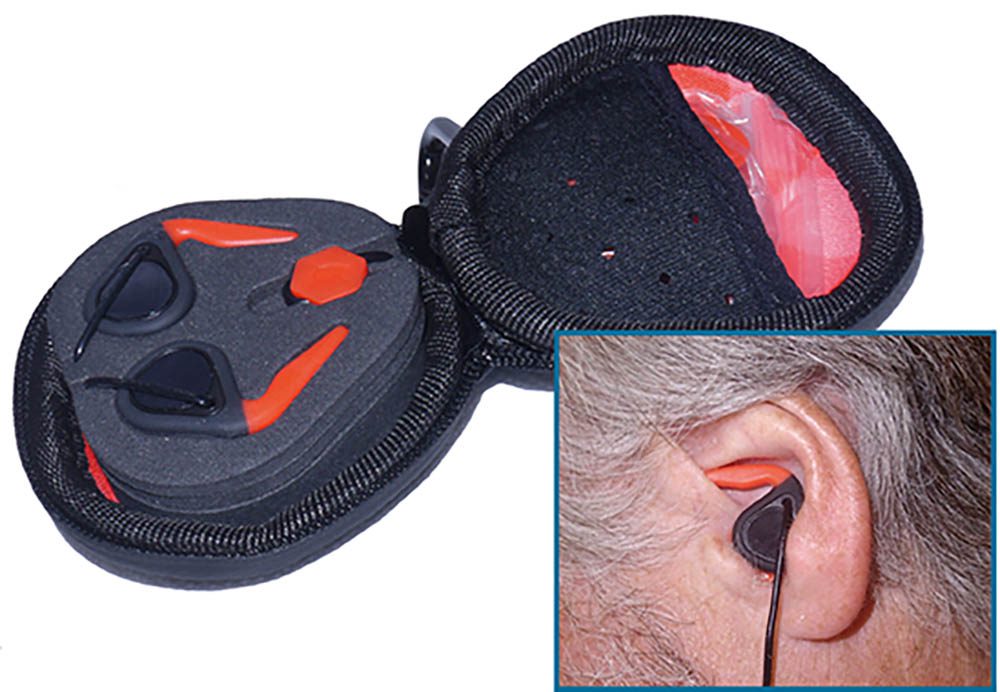 Some evolutionists believe that we came from the sea. If so, returning to it has often been painful, thanks to a few human design flaws.

For example, our ears might not get the CE stamp of approval. Pressure-changes, whether flying or diving, can hurt and cause injury, and our ears are also prone to infections from colds and other illnesses.

As a child, I often played in local seawater swimming pools. The Mediterranean summer sun would evaporate the water, while the kids would dilute it, leaving a foetid mix of concentrated salt and stagnant boy brine in which to swim. The result was countless outer-ear infections.

Surface swimmers often use ear-plugs to seal their vulnerable outer ear canals from the water and whatever contaminants infest it, but divers are told not to. Blocking creates an air-space in the outer ear that can’t be equalised on descent.

This imbalance in pressure – which is higher in your body tissues, which assume the surrounding water pressure, and lower in your sealed-off ear canals – causes the canal walls to swell with body fluid to try to fill in the gap.

At the same time, your eardrum is forced outwards into the canal by back pressure, which can rupture it.

This is called a reverse squeeze, and happened to me after I forgot to flood a tight wetsuit hood, something I was stupid enough to do only after

I got my second instructor rating. It sealed my ear just like an ear-plug.

Warning beginners never to use ear-plugs while diving is right up there with “don’t hold your breath”.

So at 40m, where the pressure is five times that on the surface, why didn’t the ear-plugs

I was wearing recently punch out my eardrums, meet in the middle of my head and turn my brain even mushier? And why was I even diving with them?

Well, I still go into pools from time to time. They are a lot more hygienic now but, even so, I often struggle to shake the water out of my ears and get my hearing back, much more than I do after being in the sea.

I blame this on some of the chemicals used in pools, especially those meant to bond with surface scum and sink it to the bottom, where it’s easier to filter. It seems to congeal in my ears.

And, when I get to dive in the tropics, I’m very conscious of the risk of infections from local water-borne organisms. So when I saw that Surfears was claiming that its earplugs were being used not only by surfers but by freedivers, I asked to try them.

The plugs are nicely presented in a zipped storage pouch, with a set of three interchangeable earpieces called buds to accommodate various ear sizes (including a junior version). 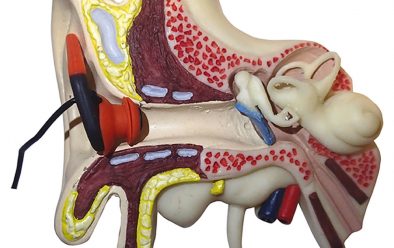 Once installed, the plug takes up space inside the ear canal, reducing the air space that needs equalising. I don’t know how Surfears equalise the remaining air-space, but I’m guessing it’s a combination of the air reservoir trapped in the length of the plug, a rigid tube, and the flexible cover that’s open to the water flexing inwards.

This drives air into the outer canal to balance the pressure inside the closed-off outer ear canal with that acting on the inner and middle ear.

So, no burst ear-drums and swollen ear canals. Or so I hoped.

Nervous about whether the Surfears would really work, I left testing them until other gear evaluations were out of the way.

I first tried Surfears while snorkelling. Making rapid dives to around 10m, I was aware that I needed to clear much more often, rather than the usual every 3m or so. I also found that I needed to Valsalva, pinching my nose, whereas I usually just swallow to equalise.

Following that first experience, I found it difficult to hear in one ear, and figured that I’d failed to install one plug properly and that it had leaked a little, trapping water and deadening sound. But, as Surfears claimed, hearing through the sealed ear was excellent, due to a porous mesh panel that lets sound, but not water, pass through into the ear.

Cautiously taking the Surfears scuba-diving, the first thing I noticed was how unnoticeable they are. They were really comfortable.

On the first dive, I knew they had sealed because I was finding that I was having to equalise consciously, whereas I normally do so instinctively.

Two or three dives in, and finding it easier to clear my ears, I began to worry that the Surfears weren’t sealing and my ears were free-flooding, invalidating testing. So, back at 40m with my buddy Nick watching closely, I pulled out the plugs as he looked for the tell-tale bubbles that proved the security of the seal.

And, yes, two bubbles did leak out of my head.

Surfears are a very interesting development and could serve as a valuable preventive health measure in helping your ears to survive your next dive-trip. Because, as one instructor said to his class “you’ve got to keep an eye on your ear”. Recommended.