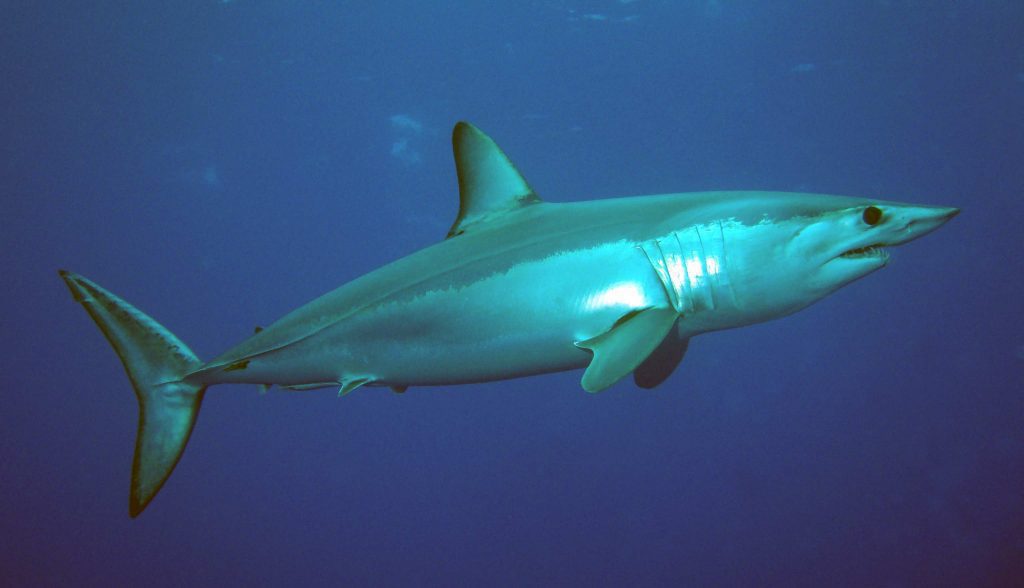 Shortfin and longfin mako sharks and 16 species of “rhino rays” are to be added to Appendix II of the Convention on International Trade in Endangered Species (CITES). Scuba divers have been among conservationists campaigning to win this element of protection for the threatened species.

Nations signed up to CITES are obliged to track exports and high-seas catches of the protected species, and demonstrate that internationally traded products are legally sourced from sustainable fisheries.

Both the shortfin and rarer longfin mako shark are classified as Endangered on the IUCN Red List. Conservation group Project AWARE says that the absence of limits on takes has led to overfishing for mako flesh and fins, and a worldwide decrease in populations.

“Considering that Spain leads the world in mako-shark landings, we’re encouraged that the European Union co-sponsored the proposal to list makos under CITES,” commented Ali Hood, Director of Conservation for the Shark Trust.

“We urge the EU to underscore this commitment through proposals to immediately ban North Atlantic shortfin-mako retention and establish concrete catch limits to ensure that mako landings from all other oceans are sustainable.

“As virtually all fishing countries are CITES parties, we’ll be watching for support for such mako limits at regional fisheries bodies around the world.”

The CITES-listed rhino rays are 16 of the 62 species of these shark-like rays – the wedgefish (Rhinidae) and giant guitarfish (Glaucostegidae). They are considered to be among the shark and ray families most at risk of extinction, with their fins considered particularly valuable in the global shark-fin trade. All but one species is classified as Critically Endangered.

The rays are characterised by slow growth, late maturity and low fecundity, making them extremely susceptible to population decline from over-exploitation.

“Rhino rays are seriously threatened by demand for fins and food, but these extraordinary species have the potential to offer long-term, sustainable benefits as key attractions for eco-tourism, particularly in the Indo-Pacific region,” said Ian Campbell, Project AWARE’s Associate Director.

More than 23,000 Project AWARE supporters are reported to have signed its #Divers4Makos campaign petition.

“We are deeply grateful to the many divers who joined us in voicing support for the CITES listings,” said Campbell.