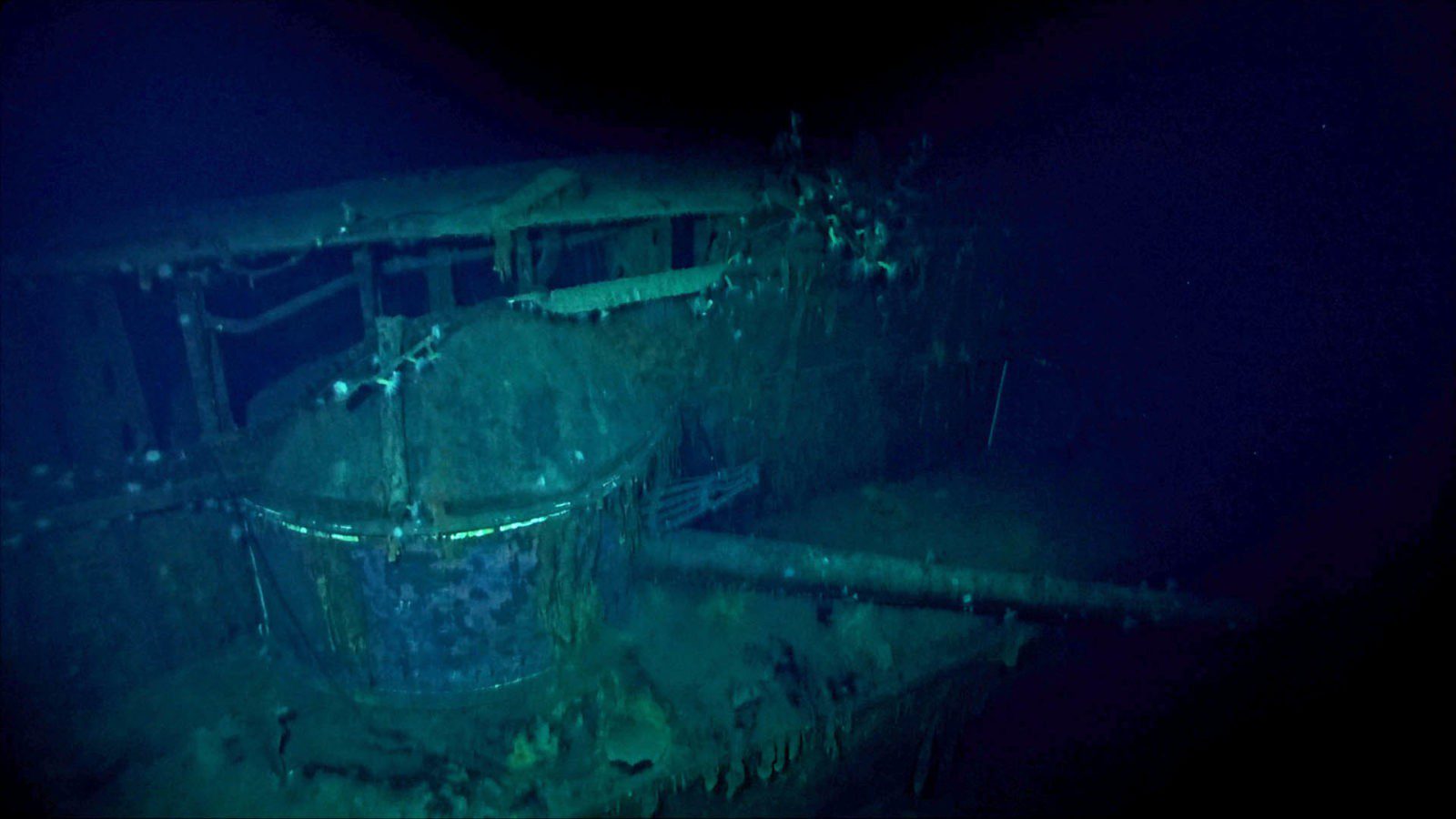 The first Japanese WW2 aircraft-carrier wrecks ever to be found have been located in the depths of the Pacific Ocean. They were discovered through sonar scanning by the US Vulcan team aboard their research vessel Petrel and then explored – though their ROV was badly damaged in the process.

The carriers sank during the pivotal 1942 Battle of Midway, in which the Japanese fleet suffered devastating losses. On 16 October the Vulcan team found the remains of the aircraft-carrier IJN Kaga at a depth of 5.4km. The carrier had been part of the fleet that had attacked Pearl Harbor the previous year.

Three other Japanese aircraft-carriers that had taken part in the Pearl Harbor attack, Akagi, Soryu and Hiryu, were sunk during the Battle of Midway.

The Petrel team went on to locate what they reported was the wreck of the Akagi on 19 October, but because their ROV had “suffered damage that was beyond our ability to repair on site” during its dive on the Kaga, they were unable to obtain video or photographs of this find.

The discoveries came after several weeks spent surveying within the Papahanaumokuakea Marine National Monument area of the Pacific, about 1400 miles north-west of Hawaii.

The project was the latest in a series of deep-sea explorations initiated by the late Paul Allen, co-founder of Microsoft.

His Seattle-based company Vulcan operates the Petrel and has so far found some 30 WW2 Pacific wrecks, many of them iconic warships, as previously reported on Divernet.

“This project is significantly different from previous missions, as it required a level of investigation, analysis and survey of a carrier-based engagement initially separated by over 150 nautical miles, a total area covering thousands of square nautical miles,” said Vulcan’s Director of Subsea Operations Robert Kraft.

“It was a major carrier-to-carrier battle that left its eerie evidence strewn for thousands of miles across the ocean floor. With each piece of debris and each ship we discover and identify, our intent is to honour history and those who served and paid the ultimate sacrifice for their countries.”