Diving at a location where few have dived before is every diver’s dream. For VIC VERLINDEN, the Viroit cave is such a place – and Albania a diving attraction in the making 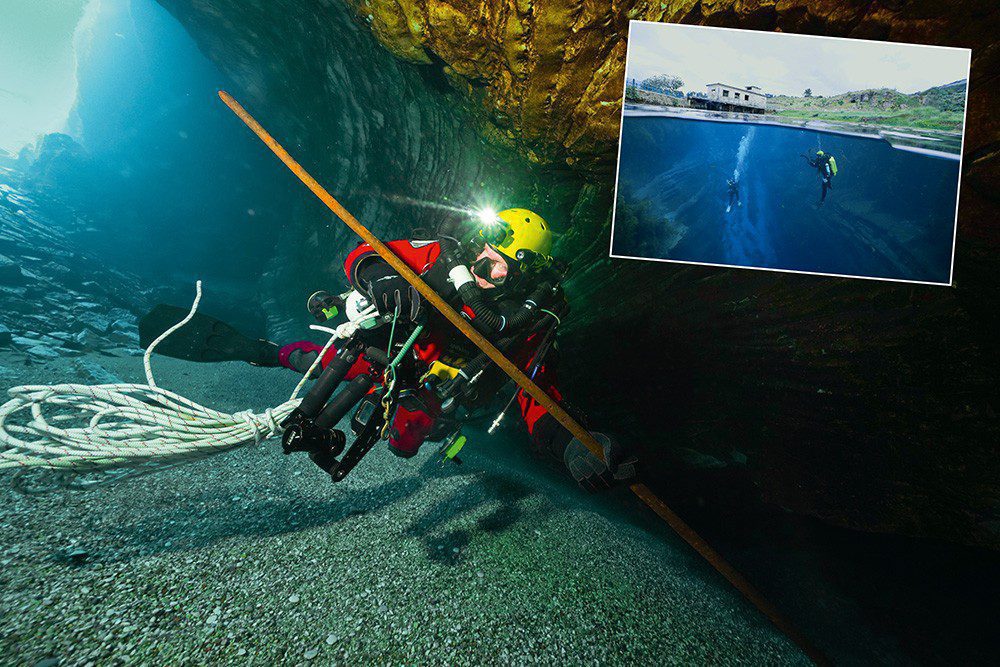 The Viroit Cave had been on my wish-list of special dive-sites for a long time, even though researching it was challenging. Information about diving in Albania is limited online, and I could find nothing at all about cave-diving. For a European country, dive-sites were a black hole on the map.

I knew about Viroit only from having seen a short film made by a Polish diver and his team. This had revealed the water to be crystal-clear and the underwater landscape to be spectacular.

So I decided to take a chance, and gathered a team of three divers to explore these caves.

We knew there were no dive-shops in the area, so we decided to take all our diving and camera equipment in a large panel van. Karl van der Auwera and I would be diving with rebreathers, and Tom van Herp would go open-circuit. Our plan was to drive the 1500-mile distance from Belgium in two days.

After more than 18 hours we stopped over in Croatia, with another 500 miles to go. The roads were no longer so good, however, and those 500 miles took another 15 hours to cover.

It was late by the time we reached our pre-booked hotel in Gjirokaster. The owners turned out to be very helpful and accommodating.

We rose early to reconnoitre the dive-site.

All I had gleaned was some information from a Polish diver on where to enter the large lake, but it quickly became apparent that we could no longer drive the car up to the entry-point he had described. The road was blocked by a padlocked barrier.

This would mean a 200m trek to the entry-point, making it a hellish job to get all the film equipment there. Luckily, after some keen negotiations a local custodian was persuaded to open the barrier for us.

We prepared for the first dive. The sides and edges of the lake were strongly overgrown with aquatic vegetation, but we found a clear spot.

I went first, and once clear of the plants was able to see the sloping banks for the first time.

Visibility was spectacular, at least 40m, as sunbeams penetrated the smooth surface to the 30m lakebed.  I started filming while waiting for my buddies and we then descended together.

The entrance to the cave was at 30m depth, but it soon became clear that the emerging water flow would be too strong for us to enter without a line.

Following the guideline to the shaft.

For now we decided to continue our first dive outside the cave, and it turned out to be a fantastic experience thanks to the clarity, vegetation and rock formations.

After that first dive, we decided that Karl would lay a line that would allow us to pull ourselves inside with our cameras. I would wait at the entrance in case of any problems.

It turned out that the current dropped a little way into the cave, so Karl was soon able to secure the line to a large boulder beyond that point.

I still found it a chore to swim against the current with my big camera set-up, but the sight of the beautiful rock formations certainly made up for that.

We finned a long way through a long corridor to reach a larger chamber. From here the corridor plunged steeply, a vertical descent in very clear water. The colours of the rock ranged from dark brown to light yellow.

With our strong lights we were able to illuminate large parts of the cave to produce spectacular video images.

Our maximum depth was 60m – there are zero facilities in the vicinity should a decompression incident occur, and we wanted to stay on the safe side. With Tom on open-circuit, we also limited our bottom times.

Over ensuing dives we explored a few side-courses off the deep shaft, and a portion of the main shaft that turned upwards and contained an air-bubble, but there was too little time to explore all the possibilities.

The current once inside the cave was not at all strong, enabling us to swim around easily, and we gained the distinct impression that it declined in strength further over the days we were there, while remaining sufficient to optimise visibility.

But each time we entered into the water we had to be careful not to touch the vegetation too much, or the effect would be noticeable in photographs. The Viroit cave is a true studio for the underwater photographer.

We were in luck with above-water conditions at the site, with lots of sunshine and hardly any wind while we were there. And all the people we met in connection with our expedition proved very helpful. 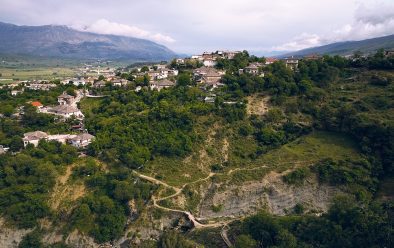 Following our dives, we were interviewed by crews from various Albanian TV stations who were interested in our diving activities.

We also visited some of the sights and museums, all well worth the effort. Following this exploratory trip, I believe that Albania will become a European diving hotspot in years to come.