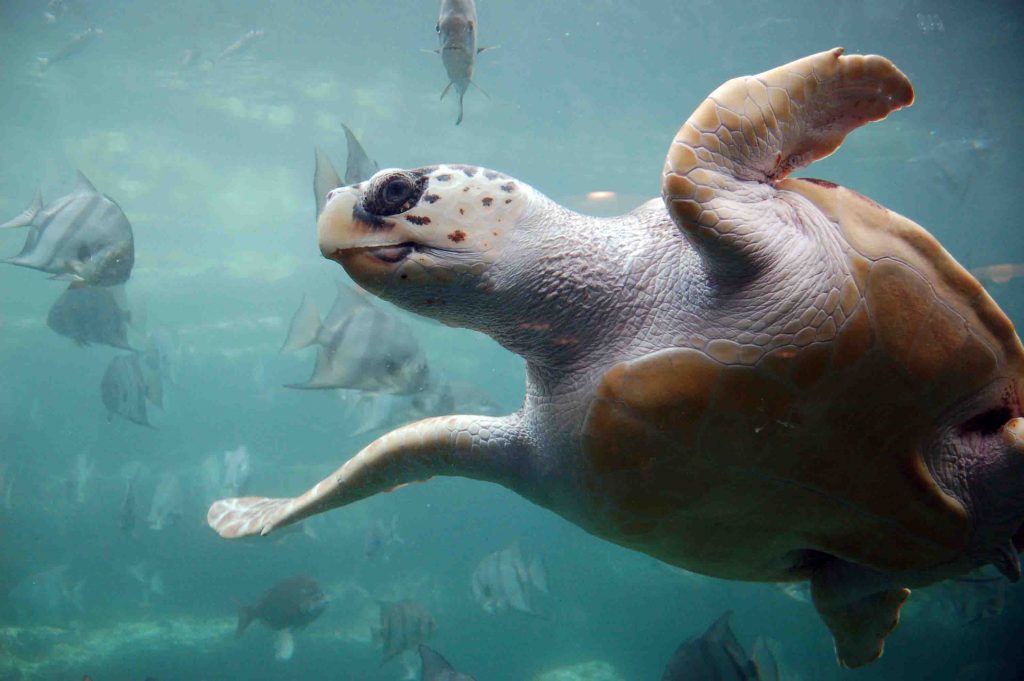 The belief that turtles mistake discarded plastic bags for the jellyfish they eat simply because of visual resemblance has been overturned by new US research indicating that odour also leads to the often-deadly confusion.

“When plastics drift in the sea, they develop a community of bacteria, algae and small animals on their surface that gives off odours that turtles seem to like,” said co-author Joseph Pfaller of the University of Florida’s Archie Carr Centre for Sea Turtle Research.

He said that this biofouling “could attract sea turtles into an ‘olfactory trap’ – sometimes fatally.”

The research was prompted by the discovery by co-author Matthew Savoca of Stanford University’s Hopkins Marine Station that airborne smells used by marine predators to locate food could originate from biofouled plastic debris.

Airborne odours were fanned through a pipe into a tank containing one of 15 young loggerhead turtles that had been reared in captivity, and their responses were recorded on video. The odours included those of the turtles’ diet of fish and shrimp meal, biofouled plastic and, as controls, deionised water and unfouled plastic.

The scientists were surprised to find that the turtles responded to the biofouled plastic smell in the same way as they did to that of their food, keeping their nares or nasal openings out of the water more than three times longer than they did with the control smells.

“We expected them to respond to both to a greater extent than the control treatments, but the turtles know the smell of their food, since they’ve been smelling and eating it in captivity for five months,” said Pfaller. “I expected their responses to food to be stronger.”

Further study is needed to determine the key chemicals causing the response.

“The plastic problem is increasing, and our findings suggest that it is also more complex than previously thought,” said Pfaller.