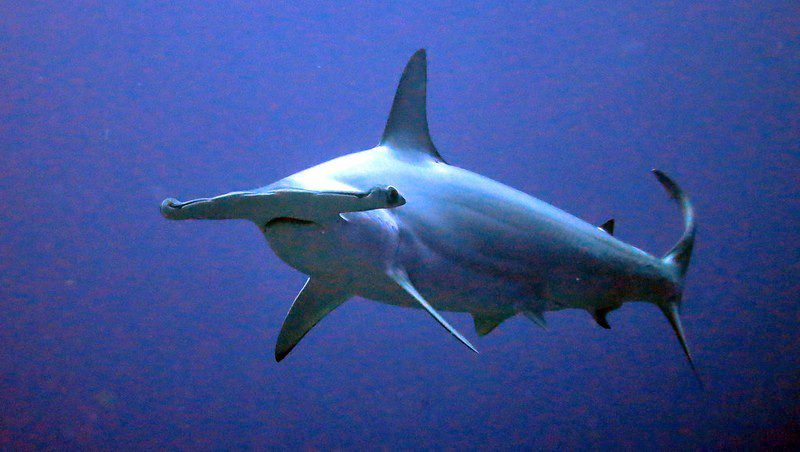 Can nations co-operate effectively to protect migratory species such as sharks and turtles? One way forward has been indicated by what would be the world’s first bi-national marine protected area (MPA), connecting the UNESCO biosphere reserves of two countries in the eastern tropical Pacific.

Oceanographer Dr Sylvia Earle, founder of the Mission Blue conservation body, first dived in Galapagos in 1966 and Cocos in 1972 and says: “We know now that the sharks travel not just between Cocos and Galapagos, but all over. They find food all over the ocean in which they travel. It’s important to think like the sharks, the sea turtles and the various forms of life that are not just found in places where we’ve named and claimed territory.

“It’s not good enough that Cocos and Galapagos have an area of a safe haven around them. What about the space in between? That has to be protected too.”

Earle and her Mission Blue team have been carrying out shark-tagging expeditions and working with MigraMar, a network of scientific research groups studying migratory species in the region.

With endangered and threatened species such as whale, silky and scalloped hammerhead sharks and green and hawksbill turtles found to be at grave risk from fisheries along the route, the proposed Swimway has just been declared a “Mission Blue Hope Spot”.

No detail has been released about how MPA restrictions would be enforced in the Swimway, given that regulations imposed by Costa Rica and Ecuador to protect marine life from poachers in their existing jurisdictions have proved difficult to enforce.

“We aim to have something in place by the end of three years, but this is just an aspiration,” Todd Steiner, executive director of project participant the Turtle Island Restoration Network, told Divernet. “Meetings and discussions have been and are occurring, politicians and environmental ministries like the concept and see the need, but [among] some commercial fishery interests, opposition exists.

“The environmental community is still in the process of building the political will to make this happen.”

“The Cocos-Galapagos Swimway is a vital artery in the network of biodiversity hotspots that we are fortunate enough to share here in the eastern Pacific,” said MigraMar founder Dr Alex Hearn. “Becoming a Hope Spot and bringing the swimway to the attention of the global community is a big step towards supporting the governments of Ecuador and Costa Rica in developing meaningful protection for these endangered migratory species as they move through the ocean.”

“This is history-making and a new era of protecting our ocean wildlife,” declared Carlos Manuel Rodríguez, Costa Rica’s Minister of Environment & Energy, while Norman Wray, President of the Galapagos Governing Council, said that the move was “critical to maintaining the ecological balance of our marine environment.

“Protecting the marine environment is critical to protecting the livelihoods of so many of our people who rely on the bounty of the sea and the dollars provided by the hundreds of thousands of eco-tourists who come here each year.”