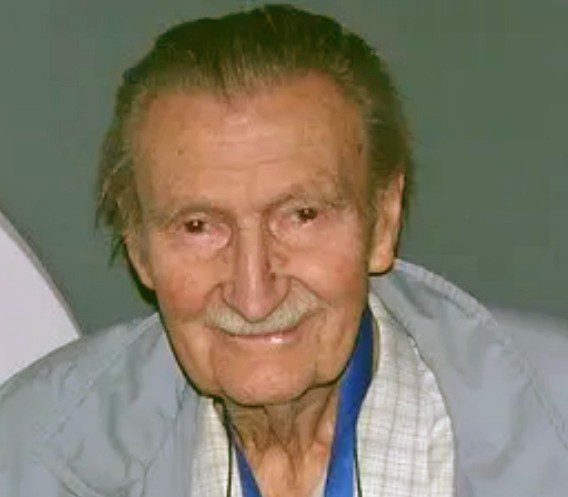 A pioneer in the development of underwater cameras and housings has been lost with the death from coronavirus of Austrian diver Kurt Schaefer.

Born in 1923, Schaefer had been a student in Vienna when he was enlisted by the Nazis, first into their emergency workforce and in 1942 into the army. Seconded as a radio operator for the Luftwaffe and stationed on the Italian coast, he would go freediving while off-duty.

Inspired by the books of fellow-Austrian scuba pioneer Hans Hass, for whom he would later build cameras, he set out to design a camera that would not, as previous models had, require a separate waterproof housing.

“Very soon he discovered that by melting spare aluminium parts from repaired aircraft and using a mould he could obtain metal ingots,” says camera expert Andres Claros, who runs the Barcelona Underwater Camera Museum (BUCaM). He has what is thought to be the world’s biggest collection of historic underwater cameras and housings.

“Schaefer took his father’s double 8mm Kodak movie camera and built an aluminium housing for it. He checked it under water with good results, but during an air-raid some weeks later the housing and part of the camera case sustained bomb damage.

“It was impossible to repair, but Schaefer was smart enough to be able to make a new aluminium mould in which he included the remaining parts of the camera with others he had made himself. He had come up with the first amphibious movie camera!”

Underwater film was not available during the war for testing the camera but later Schaefer’s M8, built in 1947 though patented only in 1954, would be hailed as the first modern amphibious underwater film camera.

Schaefer had met Hass during the war and agreed to collaborate on developing advanced photographic equipment. While studying architecture in Vienna in the post-war years he built a number of innovative housed and amphibious Leica and Siemens cameras for Hass and himself. Hass used the equipment to shoot his seminal film ‘Under the Red Sea’ in 1951.

That year Schaefer carried out underwater research in Alpine lakes, recorded in his film ‘Traces of Antiquity’, and in 1952 was cameraman on a Mediterranean marine-biological expedition. He would go on to make a number of underwater films in the Mediterranean from his boat Teresa II.

In the sea-caves of Sorrento in Italy in 1952 he used underwater spotlights that he had developed himself to shoot ‘Lights Under Water – Wonders of the Sea’, which became one of the first underwater colour films.

“Probably the best-known camera Schaefer ever made was the underwater housing for Leica that Lotte Hass used for many years,” says Claros. “Only two units of this model were made by Schaefer, one for Lotte and the second for BUCaM in 2018 – when he was 95 years old.

“He was also the first to use flashguns directly under water, as well as being an early designer of many diving devices including snorkels and fins.”

Claros met Schaefer in Barcelona in 2014, when he built a second M8 especially for BUCaM. “We spent three days with him and we learnt a lot from his life and creations,” he said. “Despite his age, he had still been looking for the perfect underwater camera until 24 May, when Covid-19 took him to the eternal workshop – where he will finish his dreamed-of camera.”

Apart from the BUCaM collection, many of Schaefer’s cameras, housings and prototypes are displayed at the Aquazoo-Loebbecke Museum in Dusseldorf.