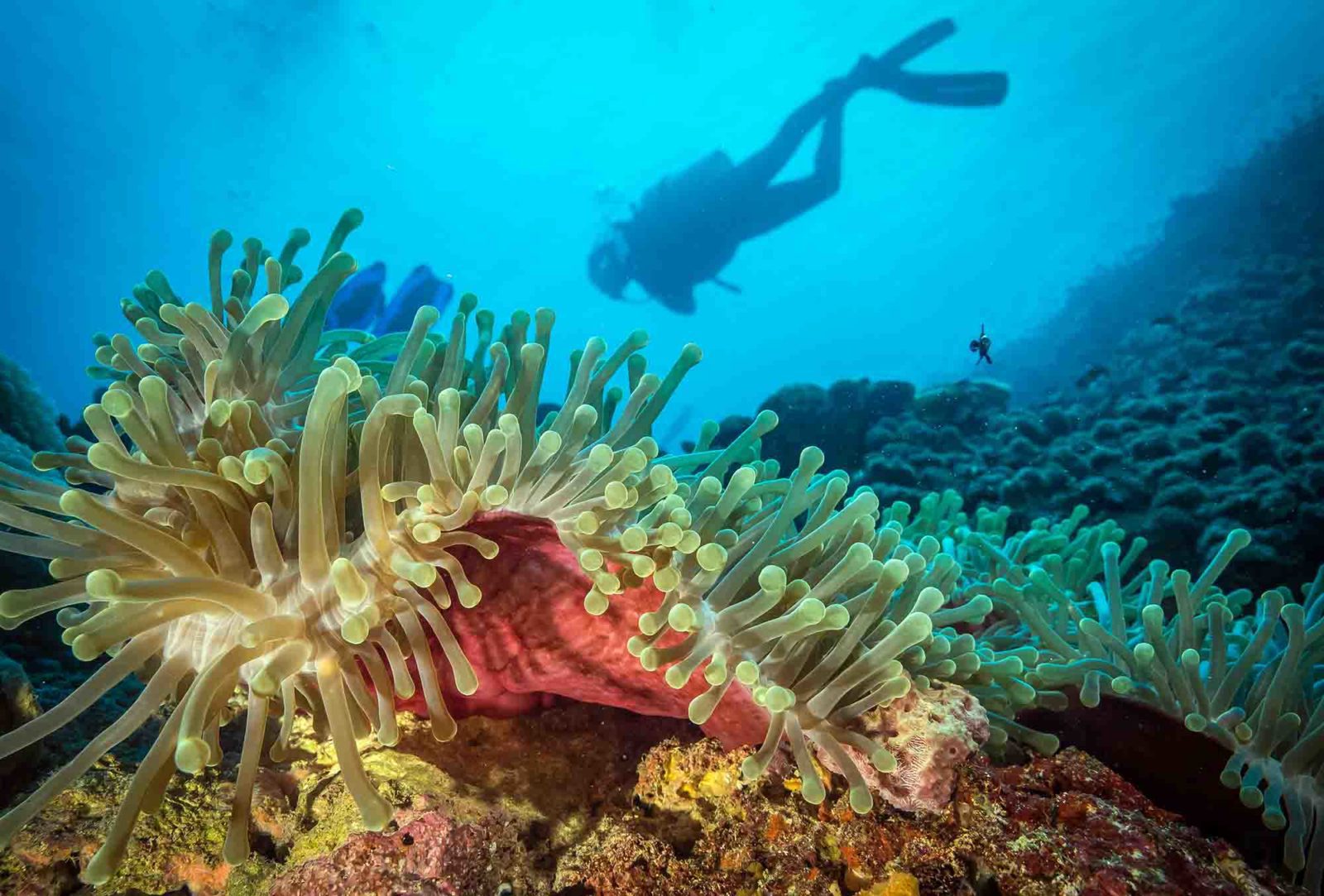 A rare Indian Ocean “climate refuge” for coral has been discovered off the coasts of Kenya and Tanzania – but the East African marine-life sanctuary is already seen as under threat from human activities.

A scientific study revealed the small area of coral reef, which the researchers have hailed as a “jewel of biodiversity”.

Its location in an oceanic “cool spot” has helped to protect large populations of corals and marine mammals from the climate change affecting other areas, according to the Wildlife Conservation Society (WCS).

The WCS, which has been studying coral reefs for more than 70 years, hopes that the coral sanctuary can now be protected. The region has suffered historically from reef-destroying practices by both national and international fishing fleets, and current coastal-development plans include a port in northern Tanzania to serve a new oil pipeline.

“Coral sanctuaries are regions where reefs have the best chance to survive climate change,” said lead WCS coral scientist and the study’s author Dr Tim McClanahan. “Scientists are scouring the world’s oceans to find and protect them.

“Our study shows that while warming waters may devastate surrounding reefs, this area could become an incredibly important sanctuary where marine species big and small will flock to find refuge from climate change. If well-protected, this key transboundary marine ecosystem will remain a jewel of biodiversity for the entire East African coast.”

The sanctuary lies in a coastal basin formed by post-Ice Age meltwater from Mt Kilimanjaro and the Usambara mountains, with its deep channels giving it thermal stability. It provides a refuge for threatened sharks and rays, spinner dolphins and dugongs among many other species.

“If protected, this region has the capacity to continue to provide immense value as a global tourism destination, a hotspot for biodiversity, and a critical source of sustainably derived food and cultural heritage for generations to come,” says WCS. The study has just been published in Advances in Marine Biology.

***** PACIFIC DIVING HOTSPOT and marine-conservation pioneer Palau in Micronesia has detained the 28 crew of a Chinese fishing-boat accused of illegal harvesting of sea cucumber in its waters.

Palau is a political ally of Taiwan, China’s rival in the region, and the action marks the first time a Chinese vessel has been intercepted and detained in Palau’s territorial waters.

The vessel was intercepted by a Palauan patrol boat at Helen Reef and 225kg of sea cucumbers, worth up to £180,000, were found on board. The catch is a delicacy in China, which appears to be depleting its home waters and venturing ever-further into the Pacific to fish.

The boat was escorted to the main island of Koror, where the fishermen as well as the patrol-boat crew are undergoing 14 days’ quarantine. Palau has remained Covid-free to date. A decision was pending on bringing charges.