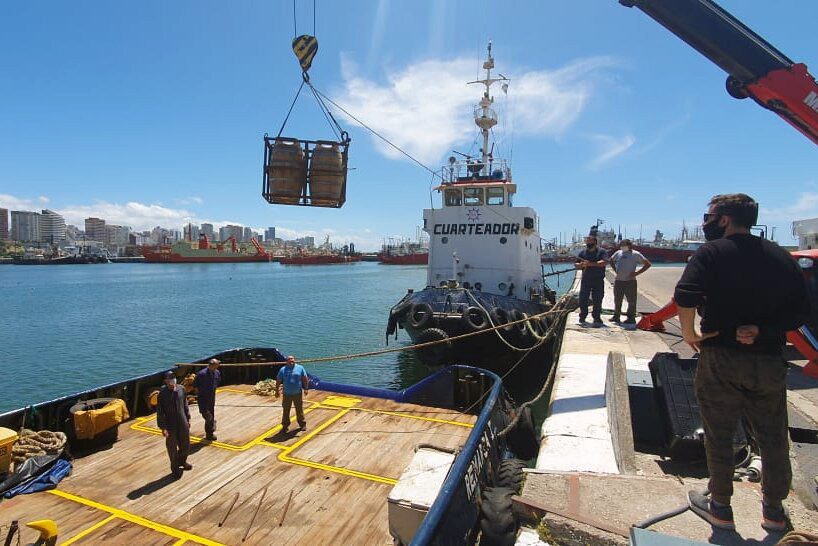 Scuba divers are accused of having stolen or vandalised seven 100-litre barrels of beer – from a 20m-deep shipwreck in Argentina.

For three months a group made up of three craft breweries and a dive-centre from the resort city of Mar del Plata had been conducting an experiment to mature dark ale with an 11-12% alcohol content beneath the Atlantic.

The barrels had been contained in two metal frames secured to the bow of an offshore Russian shipwreck called the Kronomether, which sank in 2014. But on 23 February, the day before they were due to be brought back up, diver Carlos Brelles of the Thalassa Diving School discovered that the barrels had been taken from the cages. He and the group have called for a criminal investigation to be carried out.

Brelles had come up with the idea of ageing beer at greater underwater pressure than had been attempted before in 2018, and the challenge had been taken up by local breweries Heller, Baum and La Paloma.

They had planned to blend the contents of the sea-matured barrels with another ale to make 2000 bottles of Kronomether beer, donating the proceeds to a local natural science museum.

The Kronomether is a wreck-site said to be popular with recreational divers, and it had taken a year for the group to secure the permits needed to carry out their experiment there.

By then the coronavirus pandemic had intervened, but the team had finally sunk the seven barrels, fewer than originally intended, on 22 November, supervised by the Argentine Naval Prefecture. They were last seen by Brelles on an inspection dive on 19 January.

If the light-fingered divers had hoped to drink the ale at this stage of the brew they would have been disappointed, because the “gas-less liquor” required blending and would have been “very difficult to drink”.

The brewing team suspects that either the thieves didn’t know that or that the barrels were cut away from the wreck in an act of vandalism. However, they intend to resume the Kronomether Project as soon as possible – presumably with additional security precautions.

*****  FURTHER SOUTH in Argentina, and underlining the potential value of maturing alcoholic drinks under pressure, a winery has carried out a head-to-head evaluation of bottles of Malbec aged beneath the Atlantic and in the cellar – describing the differences as “stunning”.

Rio Negro-based winery Wapisa, part of Bodega Tapiz, submerged 1500 magnums of its 2017 blend for nine months at depths from 6-15m off Las Grutas in northern Patagonia. It wanted to find out if the effects of pressure and consistent low temperature would result in “young wines with the benefit of maturity”.

The result was described as “rounder, more elegant and with fresher fruit”. With three years of ageing in a cellar reckoned to be equivalent to one year under water, it’s thought that the practice could go mainstream – perhaps also offering future job opportunities for scuba divers.