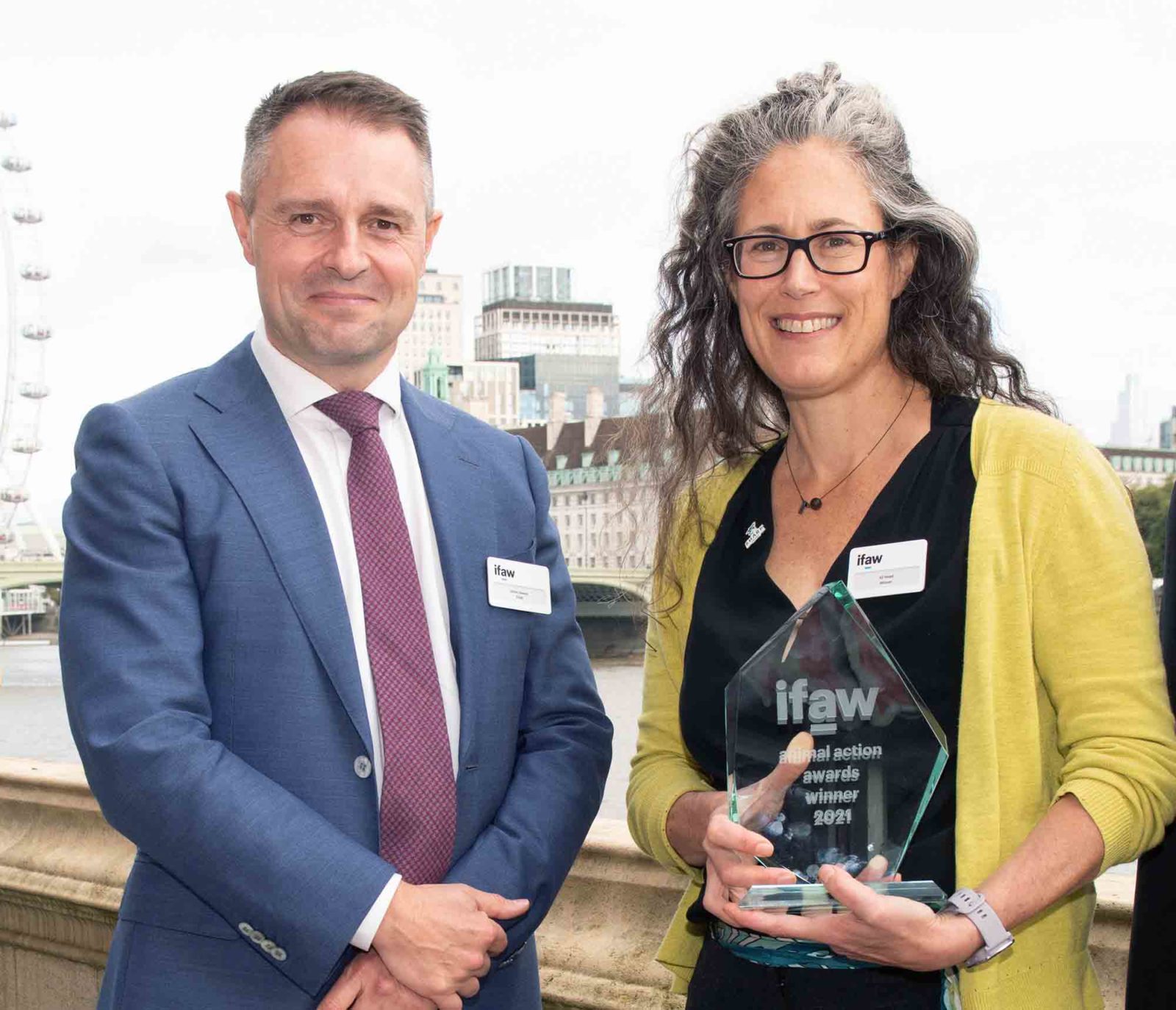 Ali Hood, director of conservation for the UK-based Shark Trust charity, has been recognised for her “outstanding dedication to protecting sharks” by being given the Marine Conservation Award by the International Fund for Animal Welfare (IFAW).

The presentation was made at the 2021 Animal Action Awards ceremony, held at the House of Lords in London to reward achievements in the animal welfare and conservation community.

“Ali Hood from Devon has spent a career campaigning for better protection for shark species,” stated IFAW. “In the last two years, global policy initiatives have required lateral thinking to counter the lack of face-to-face interaction and negotiation.”

The campaigner has headed the Shark Trust’s conservation campaigning for nearly 20 years, working to secure management and protection for vulnerable shark and ray species, and to hold governments and industry to account for their commitments.

“As a conservation advocate, I’m fortunate to work with a highly dedicated team of people, both within the Shark Trust and our trusted partners worldwide,” she said. “Overfishing is the greatest threat to sharks, and securing essential shark-conservation objectives is not a straightforward task, given the commercial interest in many species.

“But we’ve found persistence pays, and we’re committed to seeing science-based management adopted. It was amazing to receive such an award, and I’m grateful to IFAW for their recognition of shark-conservation concerns.”

“Our winners this year can teach us many valuable lessons,” commented IFAW UK regional director James Sawyer. “They teach us that we need to reflect a diverse community of animal protectors to be successful. They teach us that being there for animals remains important but that animals can be there for us too.

“Critically this reminds us how interdependent we are with the animals of the world and how together we need to continue to work to improve things for all of us.”

The Shark Trust, established in 1997, engages with a global network of scientists, policymakers, conservation professionals, businesses and supporters to further shark conservation.