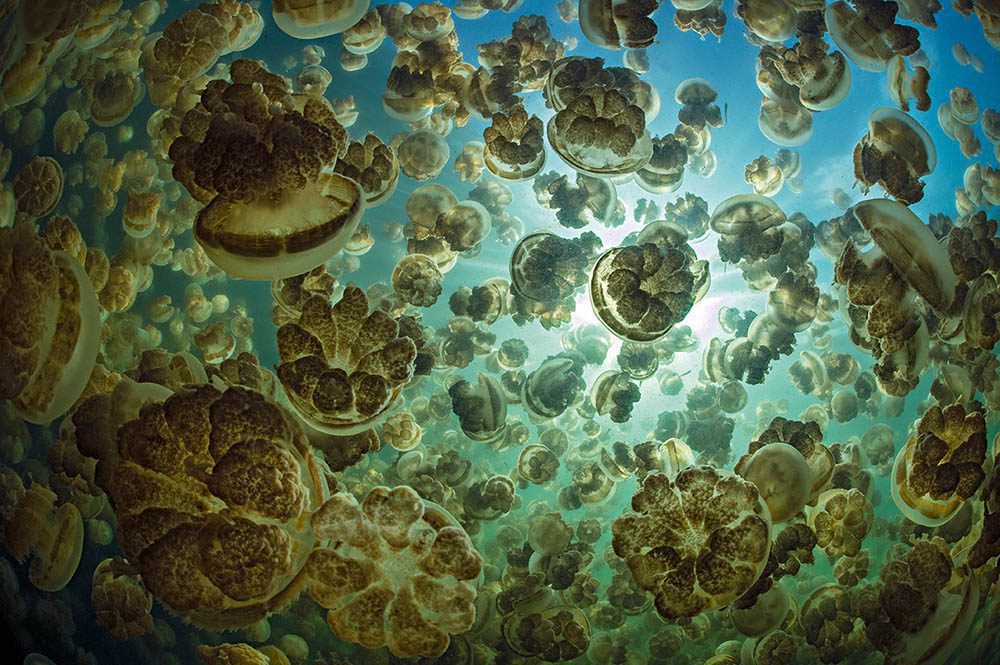 Palau’s jellyfish lake has been closed to visitors for the past few years to allow the population of jellies to recover, after unusually hot weather in 2016 severely reduced their numbers.

The lake was reopened at the start of 2019, and it should be on all underwater photographers’ wish-lists.

Jellyfish Lake is a land-locked piece of the ocean, where the jellies have lost their need for a sting. Instead they feed through algae living symbiotically in their tissues, which gives them their golden colour. They swim around the lake on mass, tracking the sunshine like a sundial.

There is quite a steep hill to walk over to get to and from the boat, which makes photographers question whether they should carry heavy strobes. My advice is, yes!

I only used them for about 20% of my shots in the lake, but it’s good to have the option in a place you might only visit once in your life. Lens-wise, this is definitely a fisheye territory.

Far more important than strobes is sunshine, which can’t be guaranteed, but totally transforms the photographic possibilities.

The must-do medusa image is the jellyfish light-bulb. We create this shot by shooting upwards, positioning the jellyfish directly between the camera and the sun.

We need to be close enough to the jellyfish so that it is big enough in the frame to completely hide the sun, which then makes the jelly light up from within.

The image is completed by the calm surface of the lake, which creates a strong Snell’s window.

Here I wanted to create an image that tells the story of the mass of jellies in Jellyfish Lake. I still got the camera down below the jellies and shot up to the surface, but I wanted to capture the density of the aggregation filling the frame, which is what makes this location unique.