The more experienced you are as a diver, the less likely things are to go wrong, right? No, wrong! says SIMON PRIDMORE 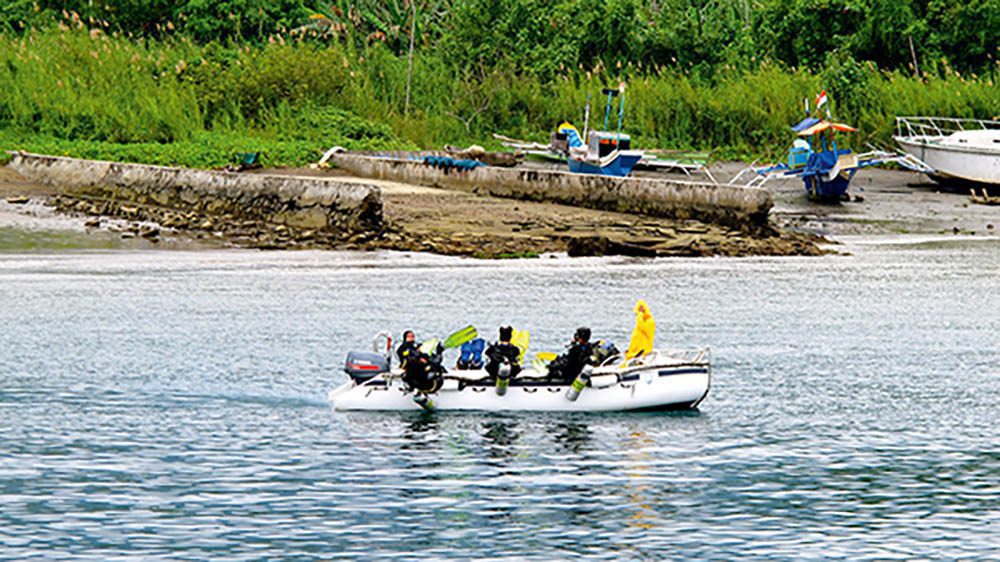 FROM A SURVIVAL point of view, it is essential that scuba-divers should acquire and retain an understanding of the danger that complacency poses.

The victims of diving accidents are just as likely to be experienced divers as new divers. No matter how much diving you have done, you’re not immune.

In fact, the more experienced you are, the more you’re at risk.

The following case-histories show how complacency can sneak up on you unnoticed, until one day an incident takes place that makes you realise that you are not the careful, conscientious diver that you thought you were – and that some of the things you thought you knew about scuba-diving were completely wrong.

Amy was a professional dive-guide. At the time this incident occurred, she had been working in diving for 12 years and had logged well in excess of 2500 dives.

She was on holiday, diving off the island of Halmahera in north-east Indonesia. It was the first dive of the day.

She slipped her gear on in the boat, did her usual checks and back-rolled into the water. She had a problem descending at first, so exhaled a little more fully than usual, ducked headfirst below the surface and kicked down.

Amy was doing a muck-dive on a sand slope, and she was concentrating as usual on trying to find stuff.

Fifteen minutes into the dive, at a depth of around 30m, her tank-valve started banging into her head. This was a bit annoying, so she took her gear off, adjusted her tank-strap and put her gear back on.

She set off again, but soon started finding it hard to breathe. “Damn it,” she thought, “this is going to be one of those irritating dives when everything goes wrong.” She tried switching to her octopus, but it was breathing hard too, so she switched back to her primary and kept going.

Then she checked her pressure-gauge. She didn’t think that she had an air-supply problem – after all, she was still less than halfway through her dive. She was just making her usual routine occasional check.

The needle was at zero!

“Hmm, I need my buddy,” she thought. Fortunately, he was nearby taking pictures and proved to be a very capable dive-partner.

He had air to spare and escorted her to the surface without any further drama.

When Amy got back to the dive-centre, her first mission was to find out what had happened. Apparently, the staff on the boat had not changed her cylinder overnight and she had gone into the water just with the 80bar or so remaining from her last dive of the previous day.

Although the dive-centre had made a mistake, Amy accepted that the responsibility for her running out of air was hers alone, completely.

She said that, before this incident, if you had asked her if she always checked her air before entering the water, and then again frequently during the dive, she would have categorically said: “Absolutely; 100%, every dive!”

Well, apparently not! She concluded that, possibly because her air-consumption was always better than anyone she ever dived with, over the years, without realising it, she had lost the habit of checking.

In addition to failing to check her gauge, she had completely missed a number of warning signs that, given her experience, she should have picked up.

The reason why she had difficulty in making her initial descent, and why her tank-valve started banging against the back of her head, was that the air in her tank was low and therefore the tank was more buoyant than usual.

Finally, she started to have difficulty breathing because the air-pressure in the tank had dropped to a level below that required to enable the regulator to work properly at depth.

Looking back on the episode later, she wondered why, despite these warning signs, it did not dawn on her earlier that she might be dangerously low on air.

She could only think that it was a combination of narcosis at depth slowing down her thought processes and, as mentioned earlier, her subconscious (and misplaced) confidence that, with all her experience, she could never experience an air-supply problem.

Ben is a master instructor and was diving in South Komodo, Indonesia, when he had an unusual experience.

Ten minutes into his first dive of the day, at a depth of around 18m, he simultaneously felt and heard a massive explosion, the pressure wave battering him from above.

His first thought was that he had been fish-bombed. After all, he was in remote south-east Asia and it had happened to him before.

It was only when the thunderous noise did not stop that it occurred to him that this could not be a bomb. He concluded (correctly this time) that a catastrophic air-supply failure had just taken place somewhere right behind his head

The next few thoughts, actions and decisions came quickly, one after the other. He looked at his pressure-gauge, which was already down to 100bar and falling fast.

He could actually see the needle moving. He could still breathe, but this would not be the case for long.

Ben’s first thought was to slip his BC off and bring it round to the front so that he could find out what had really happened and see if he could deal with it himself, but he was afraid he wouldn’t have enough time.

He realised then that he was going to need some help. The other divers in the group were not too far away and, as he swam towards them, with a fountain of bubbles streaming behind him, one of them correctly guessed what the problem was, deployed her regulator and ascended with him to the surface.

When Ben got back on board the boat he found that the O-ring in the valve face of his cylinder had split.

It had probably been showing signs of damage for a while, allowing a little high-pressure air to bubble past it gently, but he hadn’t even noticed. Even if he had seen it, he reflected, he probably wouldn’t have considered it worth bothering about.

However, when it had failed, it got his complete attention.

He had seen a damaged O-ring blow at the surface before a dive many times, but had never experienced it under water.

Ben had always thought that he would be able to deal with anything that happened to him on a dive without any difficulty, but he hadn’t expected to have so little time when his O-ring blew.

He did some research online and found details of tests run by Advanced Diver magazine in the USA. These tests showed that a failure such as Ben experienced would empty a full scuba-cylinder in fewer than 90 seconds. Ben had had no idea.

What does Ben do differently now? He replaces all O-rings as soon as he notices bubbles, and he doesn’t do deep dives alone with just a single cylinder.

He is also trying to keep himself, and his students, much better informed.