The Titanic Expeditions: Diving to the Queen of the Deep 1985-2010 by Eugene Nesmeyanov 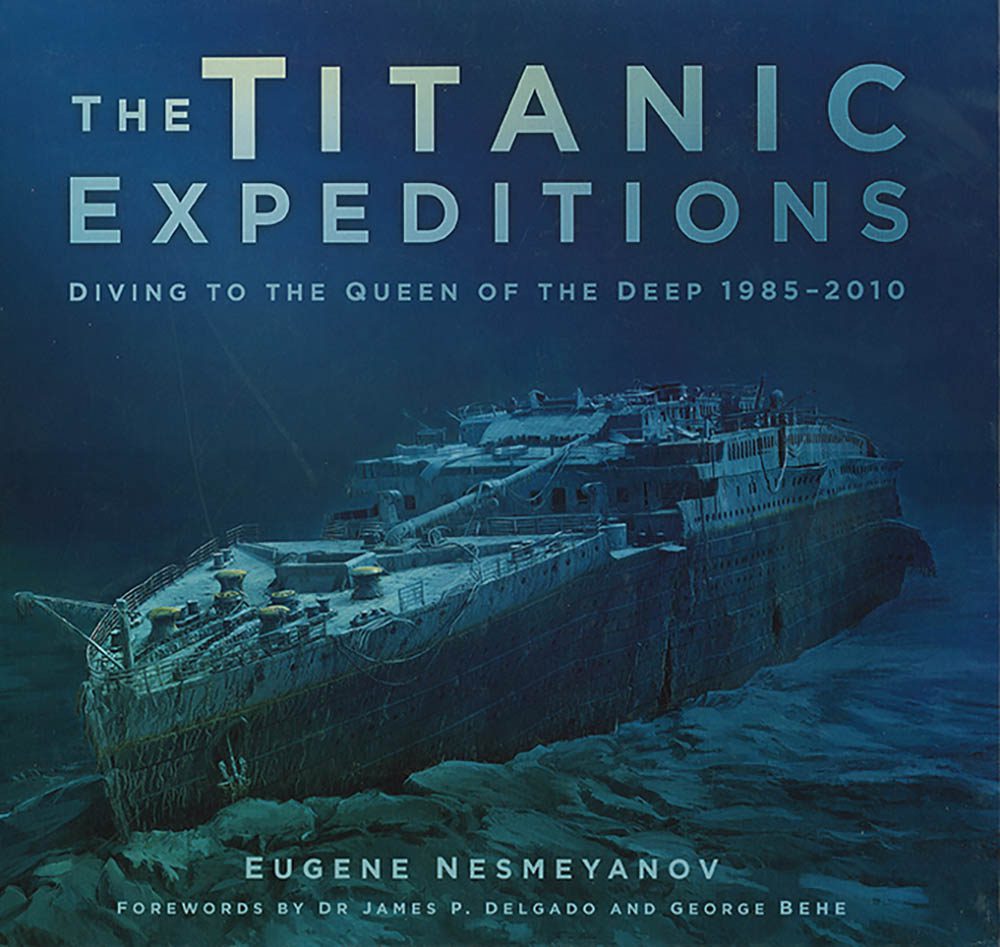 YET ANOTHER TITANIC franchise product, but this one could be closer than most to divers’ hearts. That’s because it’s not about the history of the ship so much as the history of its underwater exploration.

This spanned the quarter-century after it was located by Bob Ballard (though the book also explores theories that it had already been located before this date, and the information kept classified).

It’s also another of those History Press books that just feels good to own. This one isn’t as pictorial as some; there are a lot of words and more detail than the general reader might require, but the use of sidebars helps us to navigate through the reams of detailed information.

The first expeditions were carried out on a strict no-treasure-hunting basis but by 1987 objects in the ship’s debris field were already starting to be recovered – some 1800 in all, including one of the three ship’s bells.

Soon after that, film-director James Cameron’s missions began. Reviewing another recent History Press book, Titanic: A Journey Through Time, in March, I mentioned being struck by its mention of the damage Cameron had caused to the wreck.

That charge is contested in Nesmeyanov’s book – “time, the currents and the bacteria did the job – time is the worst enemy of the Titanic”, says one commentator.

The Cameron missions were marked by tensions between the Russian submersible crew and the Hollywood demands of the American film-maker: “Here is James Cameron. There are no human rights here,” says one of the Russians in a particularly illuminating chapter.

So the accounts of the missions and the accumulating research continue, building an interesting picture of human endeavour 3.8km beneath the surface.

Nesmeyanov (whose father was, incidentally, Commander of the Soviet Navy in the Baltic) has succeeded in collecting these accounts in one place for the first time, and doesn’t shy away from considering the questionable ethics of some of those semi-hidden Titanic activities.

The last manned expedition was that of David Concannon, Richie Kohler and John Chatterton back in 2005, but tourist submersible visits are set to resume this year. If £45,000 seems a bit steep for a dive, perhaps settle for a good long read instead.