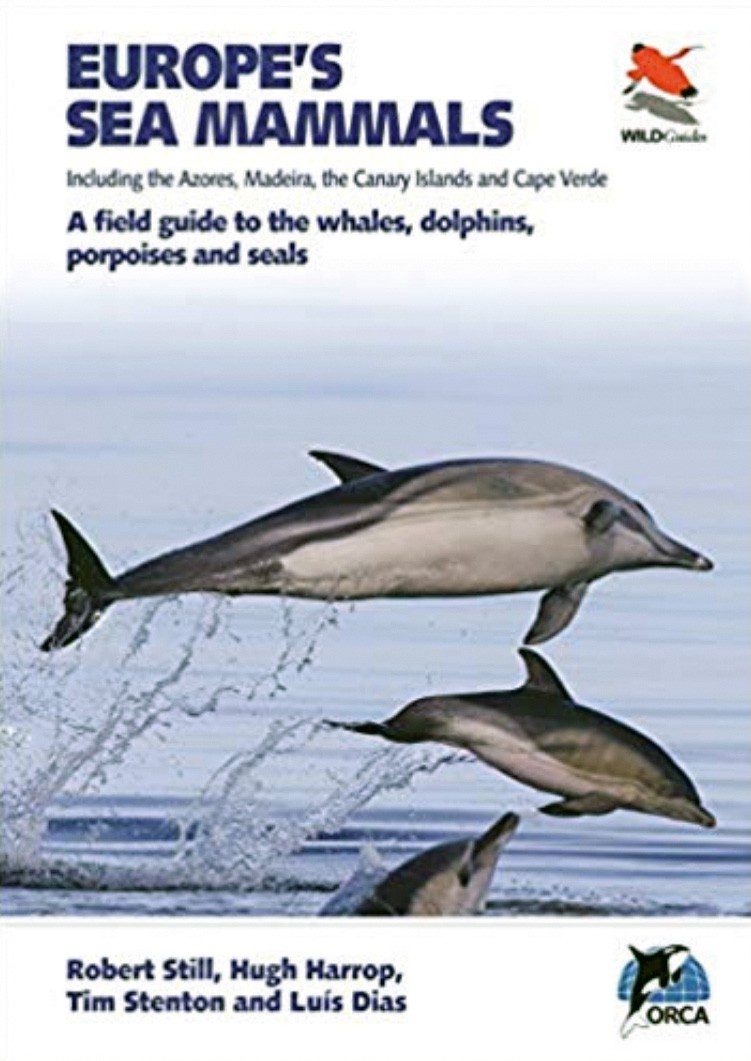 Ok, this new book is more about informing topside than underwater encounters. Getting close to big mammals while submerged isn’t that common in European waters, and when you’re somewhere like Lundy or the Farnes you probably have a good idea of what it is you’re encountering.

Where the nudibranchs book reviewed here is all about pictures but not much to look at in itself, Europe’s Sea Mammals is the sort of field guide that’s a pleasure to browse through.

And, now that I’ve embarked on this slightly unfair comparison, it also has more pages, is jam-packed with text and is quite a bit cheaper too.

Aligned with the WildGuides series of books, most of which are dedicated to British wildlife, and produced with marine conservation charity ORCA, this title is claimed to be the only photographic guide dedicated to European whale-watching.

“Europe” includes diver destinations such as the Azores, Madeira, Canary Islands and Cape Verde, and ranges north as far as Svalbard and Iceland.

When you read that it covers all 39 species of whale, dolphin and porpoise and nine species of seal in the region that doesn’t sound too many to cover but, unlike individual nudibranchs, there is a whole lot to say about each one of them.

That’s why we find more than 200 pages rammed with every last iota of information, plus more than 450 colour photographs and beautifully rendered graphics and maps.

Also of interest is mapping data that shows current distribution of the species and how that might have altered over time.

My only complaint is that the small type needed to shoehorn so much info into the space is too often set across the entire width of the page.

Two columns would have made it that much more readable at the size. Fortunately, it’s a very legible face.

I imagine that whale-watchers need all the help they can get to tell one briefly glimpsed dorsal fin or flukes from another. This well-written guide, sized for portability, can only boost their chances of correctly identifying that pinniped or cetacean.