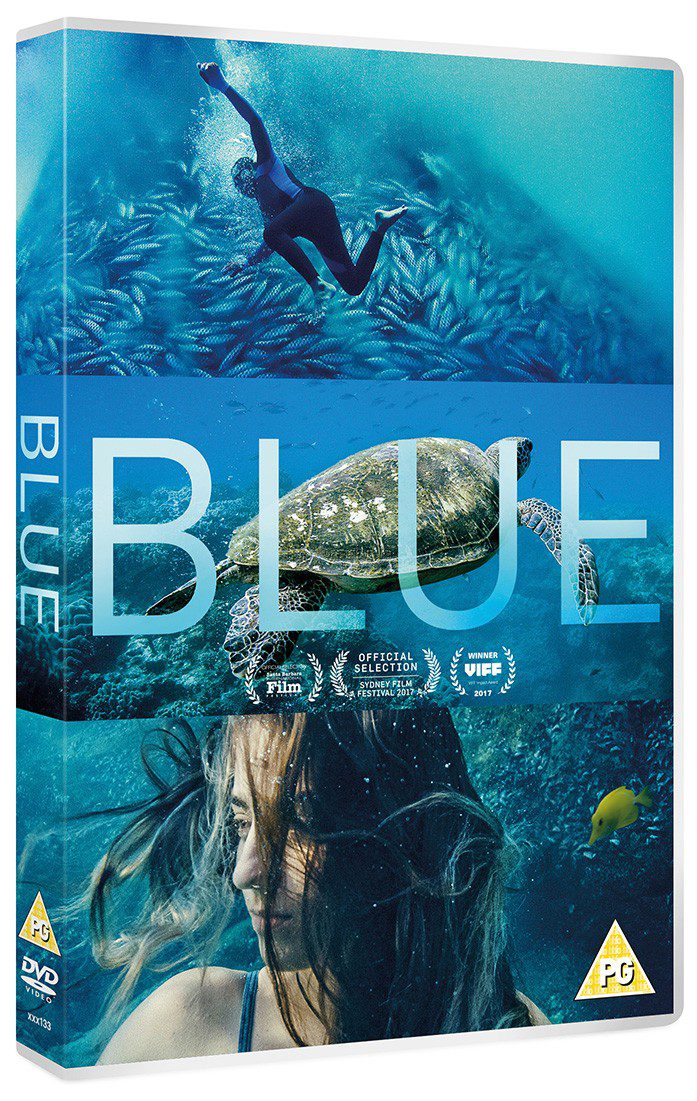 This is a blue movie indeed, filled with existential despair. I have watched many documentaries bemoaning the state of the marine environment over the years, and have come to expect them at least to end on an uplifting note – you know, how it might be one minute to midnight, but all is not lost if we change our ways now and pull together.

Blue can’t offer us too much hope beyond the fact that there are still people around, like all those featured in the film, who care enough about the planet and its inhabitants, and who we might adopt as role models.

As you watch Blue you get the sense of people trapped in the seventh circle of hell. We start with Shark Girl Madison Stewart, who we last saw reduced to tears by the plight of her favourite marine animals in Sharkwater Extinction, now wandering sadly through Asian fish-markets as sharks are hacked up around her.

And the film closes with her joining Australian shark-diving legend Valerie Taylor on what is really an elegy for the world as it used to be.

Unfortunately, some of the old footage of Taylor innocently touching coral and riding whale sharks and turtles all those years ago reminded me that even divers have to some extent been complicit in the demise of the ocean environment.

The most telling segments feature a wonderful Canadian scientist called Jennifer Lavers. We meet her pumping out the stomachs of seabird chicks; later performing autopsies on them.

The number and variety of plastic objects flushed out each time shocked me. These weren’t microplastics but large objects like pen-tops and caps, fed to them by parents unwittingly killing them with kindness. One of these birds had swallowed and retained 275 pieces of plastic crap.

So we range from the fish-markets of Lombok – Indonesia is world-leader in sharkfin exports but Indonesians don’t like the taste of shark and feed it to their pigs – to the shores of northern Australia, where turtles and seals hang lifeless in ghost-nets.

We pass through heavily plastic-bagged seas on the way to witnessing various species of tuna entering their twilight years.

The featured ocean ambassadors – scuba-divers, freedivers, surfers, rangers, marine biologists – are the stars, but the scale of the problems they face, as presented by Karina Holden, seems overwhelming.

This film is beautifully shot and put together, and as usual makes me want to herd all the climate-change deniers and fin-soup slurpers into a cinema for a compulsory showing.

We divers might feel it’s our duty to watch such depressing films, to remind ourselves to stay on message, but in a world of escapism it’s hard to imagine enough people choosing

Blue ahead of Avengers: Endgame or Aquaman. However, Sparky Pictures has now released on DVD and digital what is very much a companion-piece, Rob Stewart’s Sharkwater Extinction.

We reviewed the cinema release in our February edition but the DVD also contains an interview with the late director shot in Guadalupe in 2016, and various out-takes and extras.