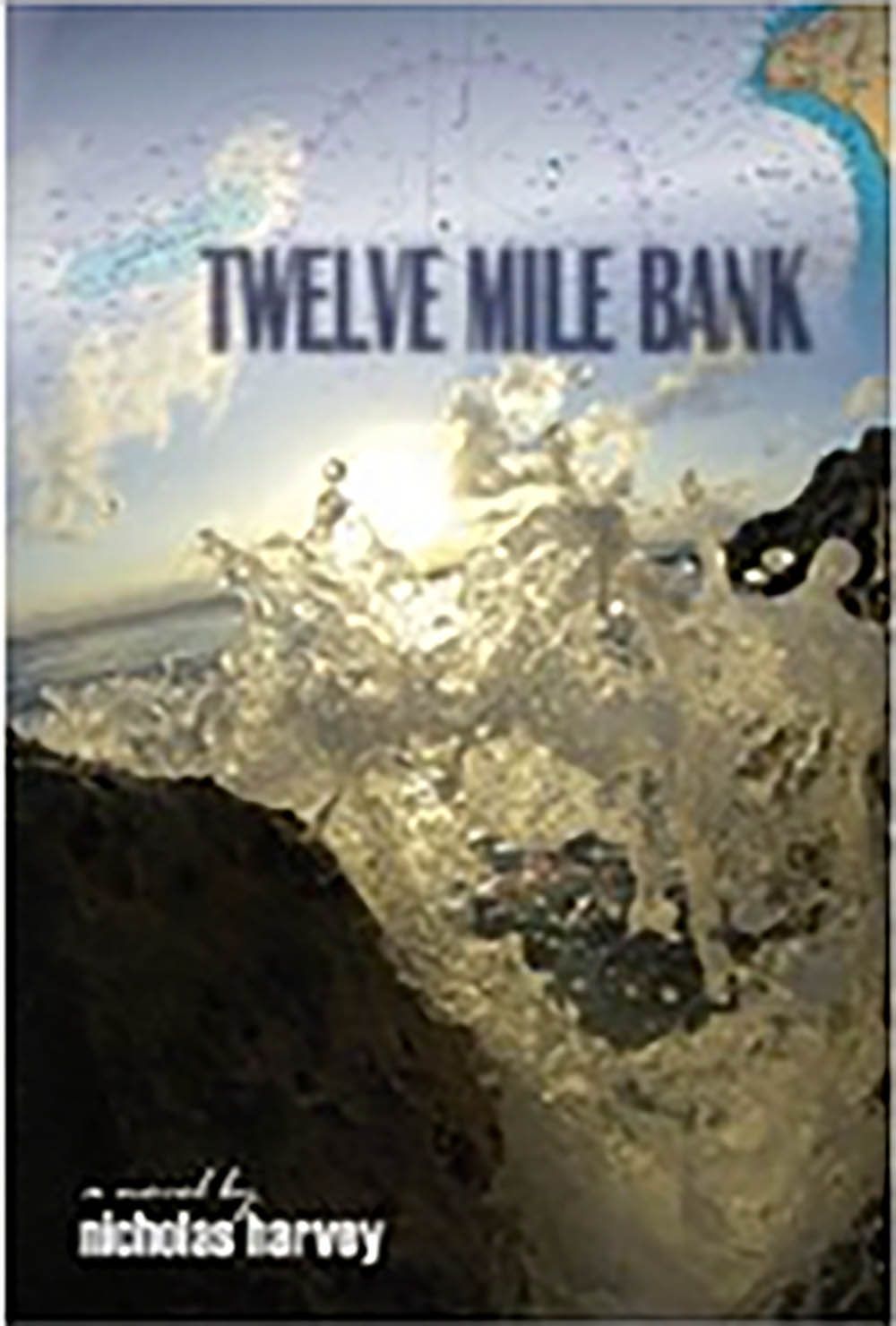 AS A GLASS-HALF-FULL kind of reader, I tend to open dive-related novels filled with optimism, but all too often feel deflated as I turn the pages.

In the case of Twelve Mile Bank, the first book from US-domiciled British diver Nicholas Harvey, I feared that the disappointment was setting in earlier than usual.

There were two reasons for this. In the first few pages, the author persists in referring to “RIB boats”. This makes as much sense as  “SMB buoys” or “ABLJ jackets” (OK, I know we talk about PIN numbers) but I could live with that.

Worse, he has a bunch of German submariners talking to each other, presumably using their native tongue yet saying things like: “Okay, here ve go…is ze boot sealed?”, an approach to direct speech in a foreign language that I hadn’t come across since the days when I still read comics.

“Here ve go,” I thought, “ve’re in for ze rough ride.” But I was quite wrong. Although Harvey persists with his RIB boats as we proceed, and there are a few eccentric spellings here and there – steghorn coral? roughian? – Twelve Mile Bank is a worthy page-turner of a diving novel!

The book is packed with actual, credible diving narrative, written by someone who clearly knows what he’s on about. The WW2 and U-boat history that forms the background to the story seems well-researched and

I was happy to buy into the premise. Nazi gold has always been a popular theme in diving stories, but a lot of thought has gone into this plot.

The book is structured in a series of flashbacks, a well-used device, and although Harvey isn’t particularly adept at cliff-hanging chapter endings he does switch the action between past and present neatly, and succeeded in keeping me interested.

We’re in the Cayman Islands, which Harvey knows well, because he and his wife have been regular visitors since 2001, when they first qualified as divers.

It’s the setting he’s chosen for his punkish young heroine AJ Bailey, who runs a small day-boat operation and lives to dive. In her company we get to visit well-known sites such as that of the Kittiwake.

When AJ was growing up in England her grand-dad had regaled her – in exhaustive detail, it must be said – with his wartime naval exploits in Caribbean waters. Now here she is in a position to put flesh on the bone of his stories.

AJ is a well-rounded character, the story is all good fun, and if the villains prove to have less bite than bark, everything comes to a satisfactorily climactic underwater conclusion, and by no means in the way I expected.

What more could I ask? RIBs and no pantomime Nazi speech-patterns, please, when the book gets reprinted.