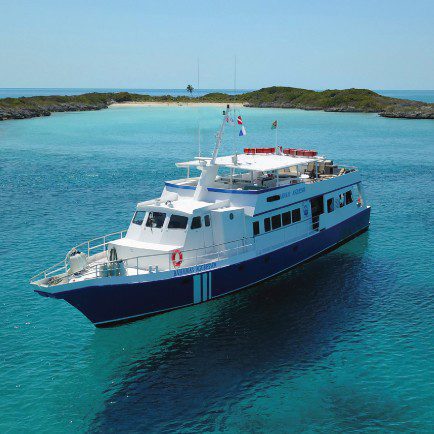 Liveaboard operator Aggressor Adventures, which describes itself as “the largest adventure company in the world”, has announced that it is celebrating its 38th anniversary with 25% discounts on sailings and a chance to win a full set of dive equipment.

Aggressor currently offers 40 itineraries in 19 countries, and says that “while much has changed since 1984, the brand’s commitment to adventure hasn’t wavered.”

Over the past 12 months, Aggressor says it has added “several world-class adventures and itineraries” to its portfolio, and recently announced the addition of the Red Sea Royal Evolution Aggressor to its excursion line-up in Egypt, now accessible to UK divers.

CEO Wayne Brown says that he and his team have been exploring the possibility of further new operations in Belize and the British Virgin Islands among other destinations.

Aggressor Adventures’ “Anniversary Special” booking period started on 14 October and runs for 10 days to 24 October for travel between 1 April and 31 December 31 next year.

In addition to the discounts, customers who book a trip receive a commemorative T-shirt and are entered into a draw to win a full set of Aqua Lung equipment valued at US $3230 (about £2350), with the winner to be announced on 31 October.