Airliner-reef race hots up in Turkey

Airliner-reef race hots up in Turkey 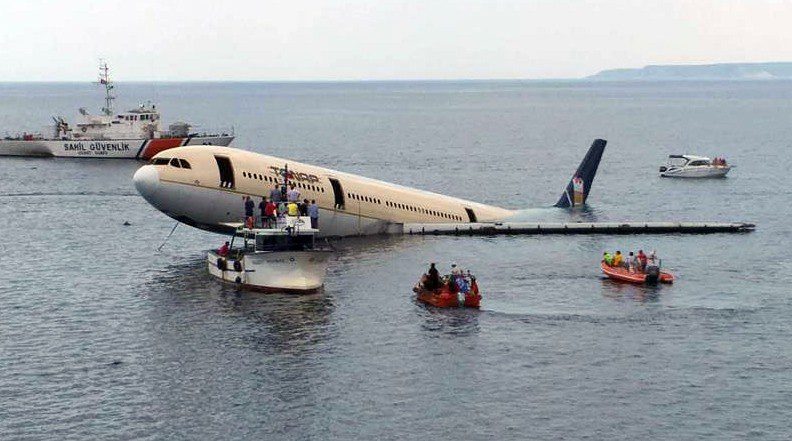 A 65m-long Airbus A330 airliner has been scuttled for scuba divers at a depth of 30m in the Aegean Sea off north-western Turkey. The plane took four hours to sink a mile off the port of Ibrice in Edirne province on Friday (14 June), with the first dives taking place the following day.

Decommissioned last year after 23 years in service, the A330 was prepared as an artificial reef in the southern resort of Antalya, and transported to Edirne on six trucks before reassembly.

The plane is being claimed as the world’s biggest sunken aircraft-reef, designed to attract marine life and boost tourism. According to the local authorities, while an “ordinary tourist” generates less than US $500-600 in income, a scuba diver generates $2000-3000.

The sinking was organised by the tourist board ESTAB and sponsored by the Trans-Anatolian Natural Gas Pipeline Project.

A considerably older 54m-long Airbus A330 was sunk 25m down off Turkey’s Aegean coast almost exactly three years ago, near the resort of Kusadası in Aydin province.

And in March 2018 Jordan scuttled a decommissioned 30m Lockheed Hercules C-130 transport aircraft as a Gulf of Aqaba diving attraction.

However, the idea of sinking large planes as artificial reefs goes back to North America in the 1990s, when surplus Boeing jets were the wreck of choice.

A 40m 727 known as Spirit of Miami was sunk in Florida back in 1993, though a hurricane later broke it in half. Another 727, from the film US Marshals, was left as a diving attraction in Mermet Springs, Illinois, while in Canada in 2006 a 30m 737 was sunk off Chemainus, British Columbia.

But if size counts for anything among deliberately submerged aircraft, the supremacy of the latest Turkish wreck-site is set to be short-lived. In August Bahrain is due to unveil its “eco-friendly underwater theme park” 20m down in the Persian Gulf, featuring a 70m Boeing 747 jumbo jet.

Training agency PADI has just announced that Dive Bahrain is to offer a site-specific speciality course.