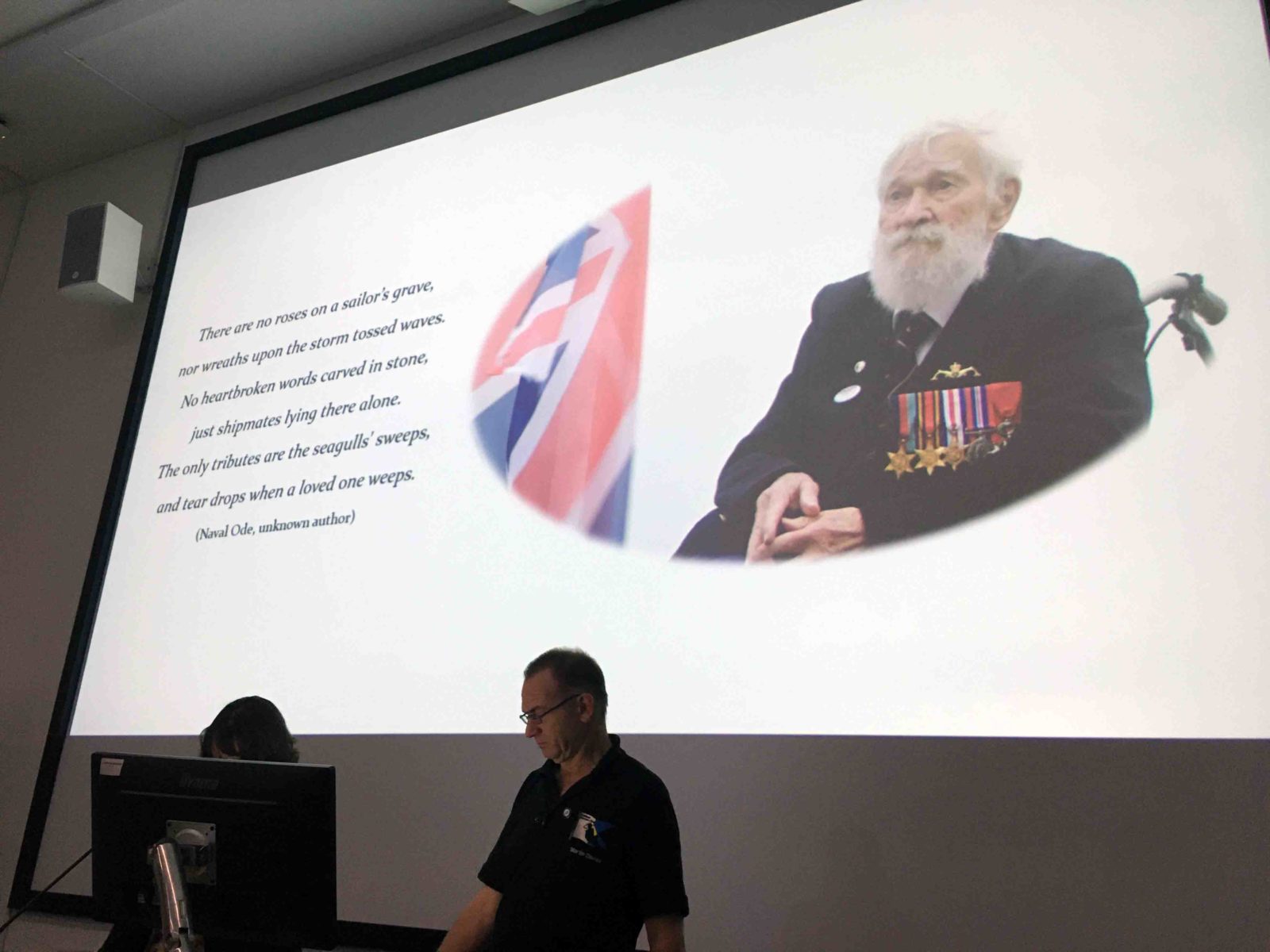 Patrick Thomas and HMS LCH185’s story were presented at the NAS Conference.

Southsea Sub-Aqua Club members have won the Nautical Archaeology Society (NAS) 2019 Adopt a Wreck Award, and their search for a landing-craft sunk during the D-Day landings has been captured in a documentary called No Roses on a Sailor’s Grave.

In 1944 young sailor Patrick Thomas narrowly survived the sinking of HMS LCH185 during the Normandy invasion. He had never spoken of the incident until, years later on a trip to Normndy, he met archaeologist John Henry Philips, who told him that he would to try to find LCH185.

“Chris believed he may have found Patrick’s wreck and recommended us as a dive-team who were capable of undertaking a survey of the wreck-site to confirm its identity,” said club-member Martin Davies.

“When we heard about Patrick’s wish to commemorate his lost shipmates, we were very keen to support the endeavour so that he could honour his friends after more than 70 years, and support John in his promise to find his ship.”

Most of the 7000 vessels involved in the Operation Neptune landings in June 1944 were lost, and many of those who died on them were never found. The divers surveyed the target wreck and created a report, as reflected in the documentary.

“The wreck is just one of at least 150 wrecks in the Baie de Seine believed to be associated with the Allied forces invasion,” said the club’s Alison Mayor. “Our report has been submitted to the French Maritime Cultural Department and will form part of the documentation supporting the application for UNESCO World Heritage Site designation.

“We hope that our work will help to keep the memory of these events alive and properly recorded within history.”

For what the NAS describes as their “exceptional work” on the project, Mayor and Davies were awarded the Adopt a Wreck Award at the NAS Conference in Portsmouth.

The feature-length documentary will be screened at film festivals from early 2020. “It’s rare you get a chance to change history, and in a small way we felt that following Patrick and John’s adventure achieves just that,” said director Daniel Oron.

“Stories like these are important for current and future generations. Sadly, we lose more veterans each year and with so few still among us, the memories are fading and the world will move on. Yet events like those Patrick took part in are critical if we are to learn from history.”

A trailer and more information about the documentary can be found here.